When a Bad Idea Works Out 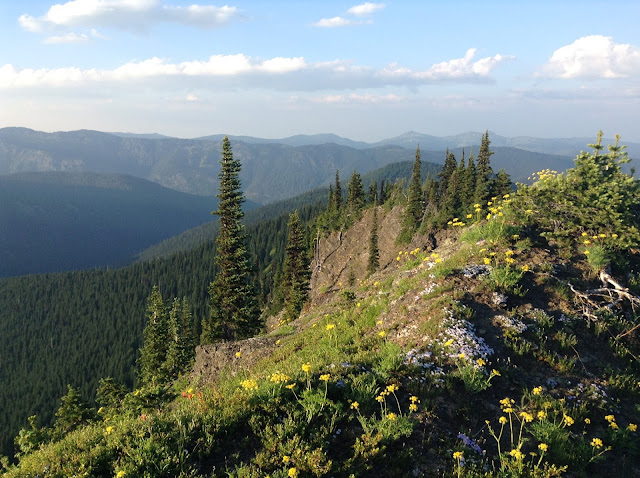 On a hike along the Memaloose Trail, I noticed a prominence on my topographic map bearing the same name as the trail.  Memaloose Peak seemed quite accessible, but I didn’t have time on that trip to attempt to summit it.

The thought stayed at the back of my mind for a few days.  Then, one day as I was leaving work, I said “screw it”, grabbed my backpack, laced up my boots, and drove to the highway shed at Allison Pass.

I followed the Memaloose Trail for a little bit, checking my GPS constantly, trying to find the best place to start ascending.

I found a dried up creek that looked inviting, and turned to follow it.  I was in thick bush for a little while, gaining elevation quicker than I would have liked, but soon I was approaching the top of the Memaloose Ridge.  The views were opening up, the dense forest was thinning out, and the muddy ground was being replaced by loose scree slopes. 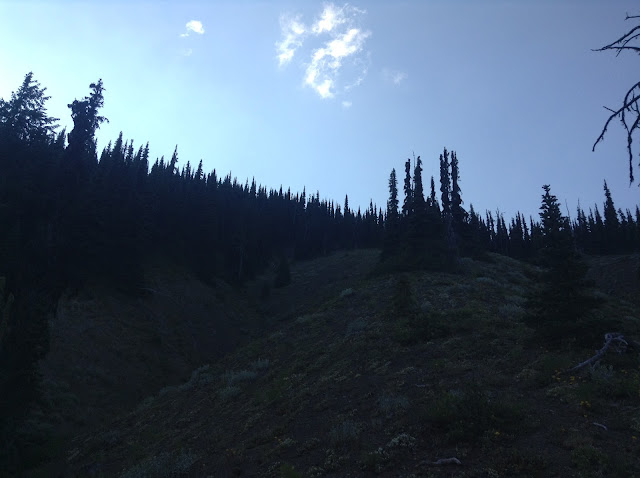 On top of the ridge, I felt optimistic.  It seemed like I couldn’t be far from the summit, so I was definitely doing pretty good for time.  I laughed at any thoughts of having to hike back in the dark.

Then I looked at the ridge line extending in front of me.  Then I looked at my GPS.  And back at the ridge line.  And back at the GPS once more.  I still had several kilometers ahead of me, as well as a fair bit of elevation to gain.  If I wanted to reach the summit, I would definitely be hiking at least a little bit in the dark on the return trip. 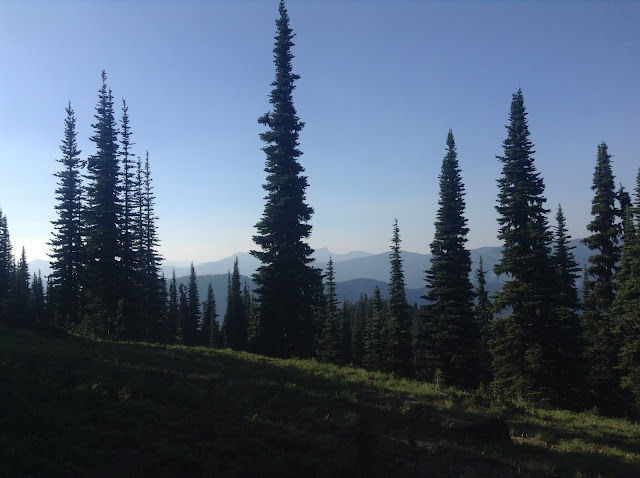 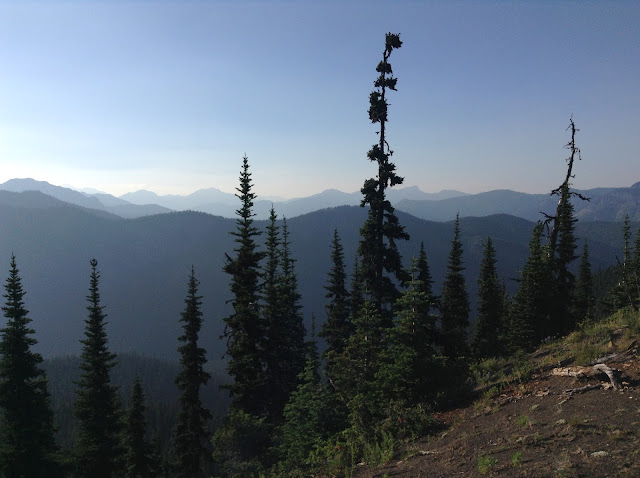 I ultimately decided to carry on.  I followed the ridge as the views opened up more and more.  I started to see some familiar peaks, as well as some unfamiliar ones.

I crossed a few lingering patches of snow.  Looking at the smoky haze from a massive fire to the east, I found it funny that there were still patches of snow in the mountains. 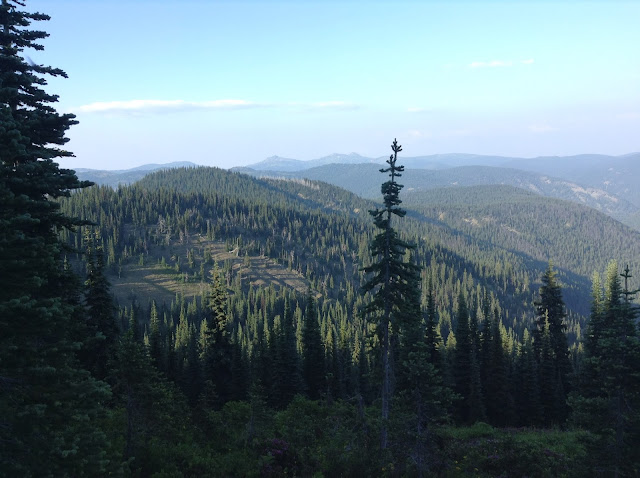 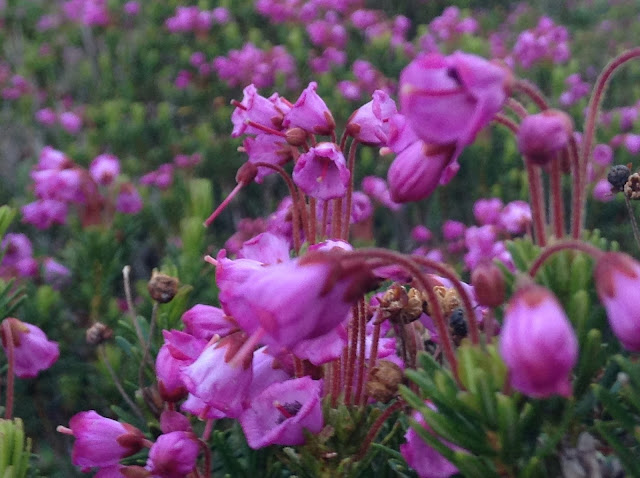 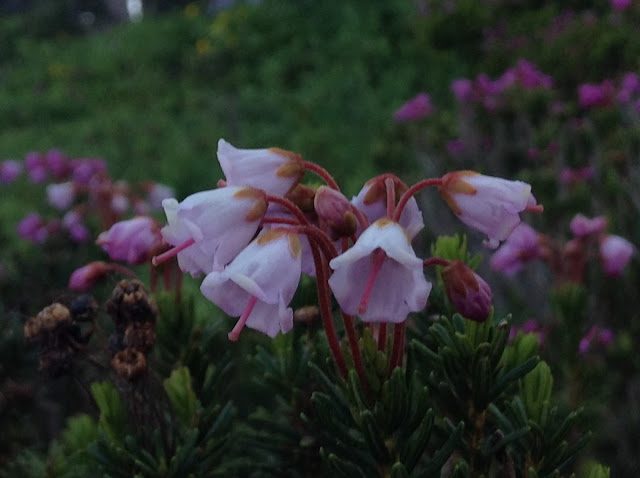 As I got higher and higher, the views got bigger and bigger.  The biggest danger soon became spending too much time taking pictures.  The haze from the nearby forest fires, as well as the glare of the setting sun, created a very picturesque horizon. 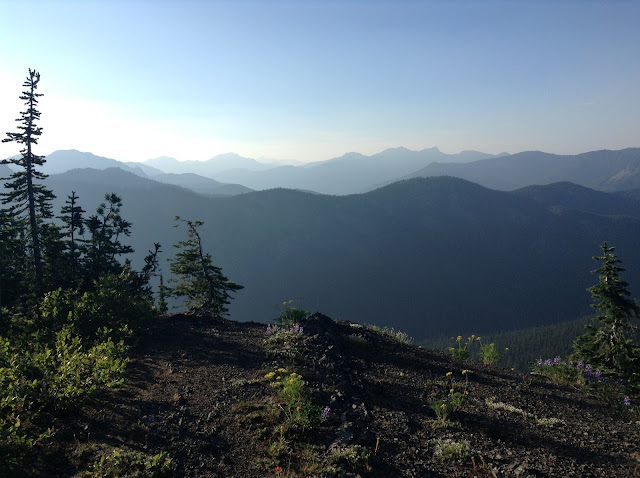 The last push to the summit wasn’t very difficult.  It was a walk up summit with no real scrambling required, which was appreciated after a long slog up.  From the top, I had 360 degrees of stunning mountain views. 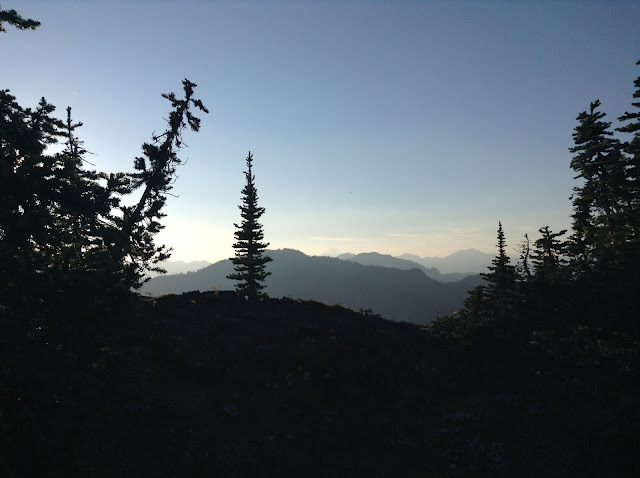 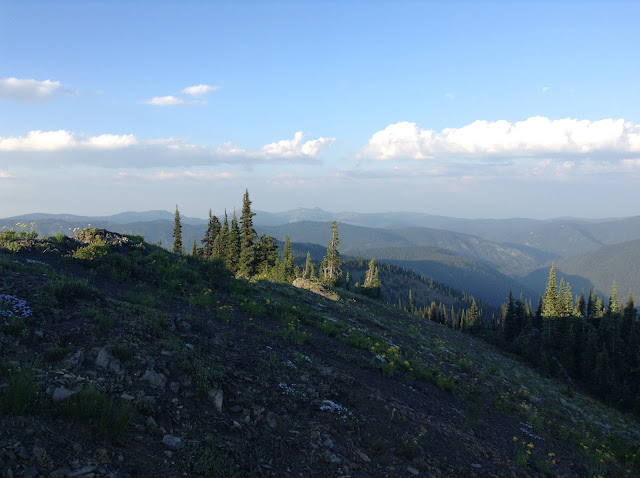 After an overly long break, I realized, “oh shit, it’s getting dark.”  Then I attempted to kick into “get ‘er done” mode.

“Get ‘er done” mode did not last long, ending when I realized I was almost out of water.  I pulled out my GPS and searched for a water source.  I couldn’t see anything reliable before I got back to the trail.

Frantic, I attempted to run down a mountain that was about as structurally sound as a Ponzi scheme.  I had a couple of close calls on scree slopes before I realized that slow and steady was probably the way to go.

By the time I was in the thick of the bush, I was at the mercy of my headlamp.  The tree coverage was too dense to let much moonlight in.  If I didn’t have my headlamp, I would be completely in the dark.

I eventually rejoined the trail and managed to fill up my water bottle from Memaloose Creek.  In a fit of ecstasy, I started jogging, and almost immediately twisted my leg, coming dangerously close to rolling my knee.  I counted my blessings, said I would be more careful, and then proceeded to do the exact same thing.

I decided that slowly hobbling along was probably a better speed for me, and managed to get back to my vehicle safe and sound.

I don’t know how I got to the top and back without maiming myself, but I was very grateful to live to catastrophically injure myself another day.