The ferry from Heriot Bay on Quadra Island to Whaletown on Cortes Island was one of the more scenic ferries that I have taken.  It afforded great views of both Quadra and Cortes Islands, as well as Read and Marina Islands. 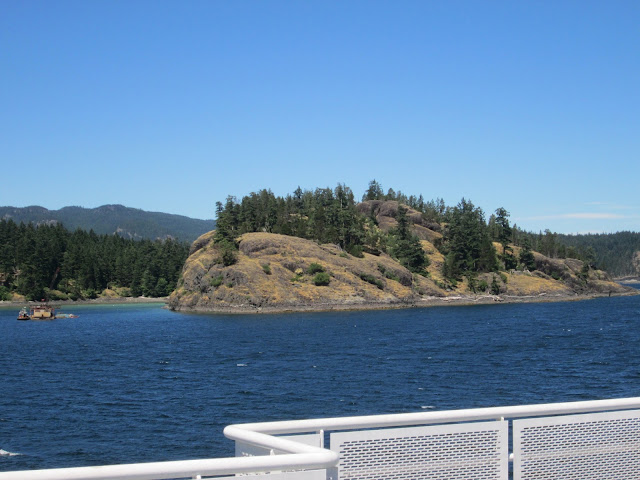 Soon after arriving on Cortes Island, it became apparent that there was a very different culture here.  Cortes Island has a much more remote feeling than Quadra Island does.  It felt much more laid-back than anywhere else I had been before.  However, I was most struck by the waving.  On Cortes, it is a custom for everyone to wave.  The drivers of two passing vehicles wave.  Drivers wave at pedestrians.  Everyone waves at everyone.  I found it to be a very fascinating and pleasant aspect of the island.

We did a quick tour of the village of Whaletown, one of the communities on Cortes Island.  Of particular interest to me was the post office, which was the smallest I had ever seen.  There was also an old-style church that was kind of fascinating to look at.


After touring Whaletown, we proceeded to the Whaletown Commons, a fairly new park on Cortes that is the result of over twenty years of fighting by the local residents.  The park contains many ancient old-growth trees, a salmon bearing creek, and an abundance of wildlife.

Despite being a new park, the trail system was very well developed, as the property has long been unofficially used by local residents.  The trails took us through a forest and creek canyon abounding with lush ferns and ancient old cedars.  It was truly remarkable to walk in such a spectacular area. 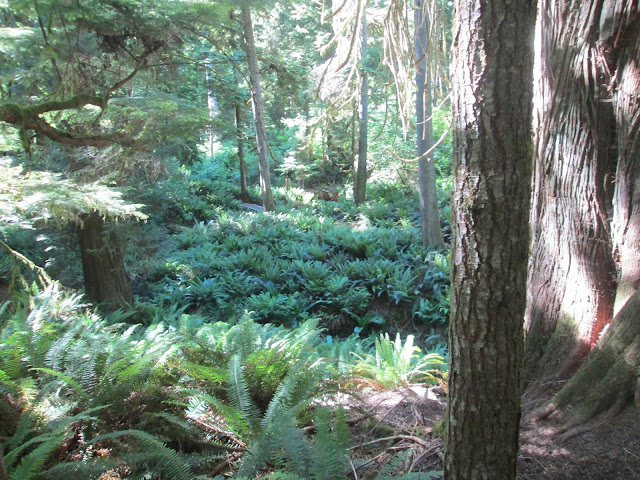 We had dinner at the Hollyhock restaurant.  Hollyhock does vegetarian all-you-can-eat, themed dinners (the theme was Mexican the night we ate there).  At first I thought it was a little pricey, but the food was well worth the cost.  It was one of the best meals I had on the trip.

The next day, we joined a group of naturalists to do a drive-and-stop tour of the island.  Our first stop was Plunger Pass, which we accessed via a private property we had permission to visit.  After a short walk on the road we came out to a beach.  We stopped for a while to admire the scenery and birds. 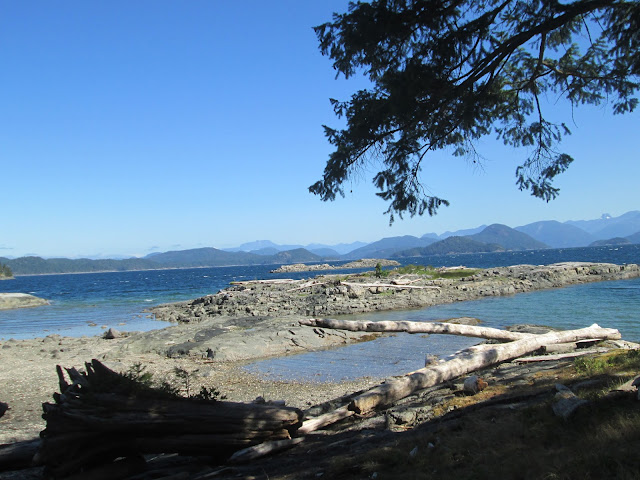 From Plunger Pass we proceeded to Hank's Beach Forest Conservation Park.  We took a kind of sketchy, but scenic route along some rocky cliffs, coming out at the beach.  It was beautiful here, with great views of Desolation Sound and the Coast Mountains.  It was pointed out to me what an Arbutus tree looks like, and it remains one of the few trees that I can identify.  For all of the hiking I do, I am hopeless at identifying plant species.  Anytime I pick up anything that I can actually remember, it is a colossal triumph for me.

After stopping for lunch, we went to Kw'as Park, our final stop on the drive-and-stop tour.  After some birding at a beaver pond near the start of the park, the naturalists departed.  Dave, my Dad, and I proceeded to do the trails in the south end of the park.

Kw'as Park encompasses a mature forest with some massive trees.  There was one Douglas-fir in particular that I was quite taken by.  Its size was quite intimidating.

After passing the massive Douglas-fir, we hiked the "Pierre du Trail" (named after the late Pierre de Trey, who helped build and name many of the trail structures in Kw'as Park) to a viewpoint above the shore of Hague Lake.  We got some excellent views of the lake, and a preview of some of the areas we would be hiking the next day, across the lake.


After Kw'as Park, we returned to Hollyhock to hike to Smelt Bay.  The pristine pebble beach at Smelt Bay was very picturesque.  It was a pleasant hike and a nice way to end the day.


After departing Manson's Landing, we returned to Kw'as Park to do the trails in the northern section of the park.  The trails meandered through the old-growth forest between Hague and Gunflint Lakes.  The trails sometimes rose well above the shores of both lakes, which were both very picturesque.

Around Gunflint Lake, we came across the remains of an old steam donkey, which was used in the early 20th century to haul logs from the woods to the edge of Gunflint Lake (Little Hague Lake at the time).  Unfortunately, the donkey exploded in 1923, resulting in one death and ending logging in the area.  Apparently, there are still some fragments of the machine on the bottom of Gunflint Lake.


We continued hiking in the park, eventually climbing to the summit of the park, a towering 100 metres above sea level.  There were no real views to speak of here, but I do like to stand at the highest point in any area I visit.  I don't care if it's only 100 metres, I still get bragging rights.

After hiking the majority of trails in the park, we proceeded to Linnaea Farm, a small organic farm on a land trust.  The roads through the farm are open for the public to walk.

There was a small table of produce and plants for sale in the farm's parking lot.  Dave and I bought a large jug of apple cider.  I can honestly say it was one of the most delicious drinks I have had.  If I return to Linnaea Farm, I will definitely look for it again.

After covering the majority of the farm, we took a side trail that we thought went to Easter Bluff.  However, the trail ended up going through a Frisbee golf course.  I hadn't heard of Frisbee golf before, but now that I know it exists, I kind of want to play it. 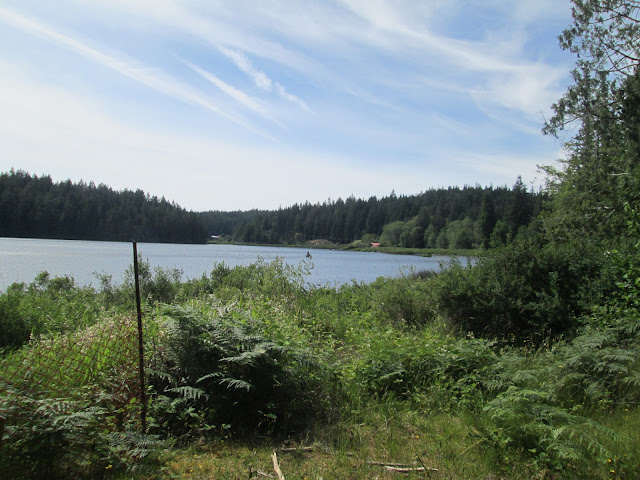 After Linnaea Farm, we went to the proper Easter Bluff trail, which was quite rocky and steep, including a couple of ascents up rock faces of granite.  It took a lot of huffing and puffing, but we all made it to the top.  From the top, there was a nice view of Gunflint Lake, Marina Island, and Vancouver Island.

After hiking back down the bluff, we went to Gorge Harbor Resort, where we would be camping for two nights.  It was a really well set-up place, though I was disappointed that we got there too late to use the pool or hot tub.

I had spent three days on Cortes Island so far, so I had gotten a pretty good feel for it.  Even though three days is not a lot of time, it was enough for me to decide that I loved being on the island and wanted to return in the future.  I was looking forward to the final two days on the island, but I was a little disappointed that the Cortesian section of our trip was over halfway done.
Posted by Clueless Hiker at 20:07