We woke up to the coldest morning we had experienced so far.  It was one of those mornings where the thought of leaving a cozy, warm sleeping bag was borderline intolerable.  I ended up putting on more layers than I had used at any point so far, and I was still kind of chilly.  When I felt how cold my canoe paddle was, I started dreading the day ahead.

There was a kind of eerie mist on Babcock Lake that morning.  It had an odd sort of beauty to it, though I think I was too cold to fully appreciate it.  I was a little worried that the entire day would be cold, but as we got towards the end of the lake it started to warm up quite a bit, which was a huge relief.
﻿﻿

﻿﻿
After Babcock Lake we did the very short portage to Skoi Lake (the smallest lake on the circuit).  There was a narrow channel through the reeds that led to the lake, which took us very little time to get across.

﻿
After we did the very short last portage of the circuit, we started on Spectacle Lake.  There was a sand bar we had to cross at one point, and unfortunately, we had to push the canoe past it.  The cold water did not feel very nice on my feet.
﻿﻿﻿ 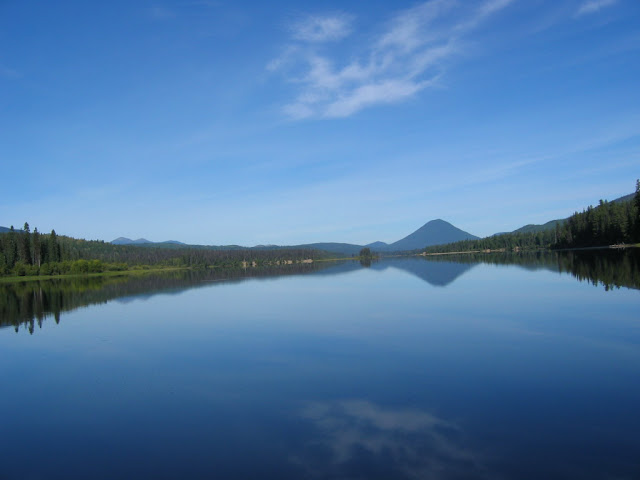 We stopped for lunch at a very nice campsite on a beach.  There were some interesting little frogs all over the place.  I was very worried I would accidently step on one, though luckily I didn't.  After we finished lunch we realized that we were making very good progress.  We thought about slowing down for the rest of the day, but the cold from the morning and the hassle of setting up camp made us think about finishing the circuit.  We decided to see what time it was when we reached Swan Lake, and make a decision then.﻿
﻿﻿﻿ 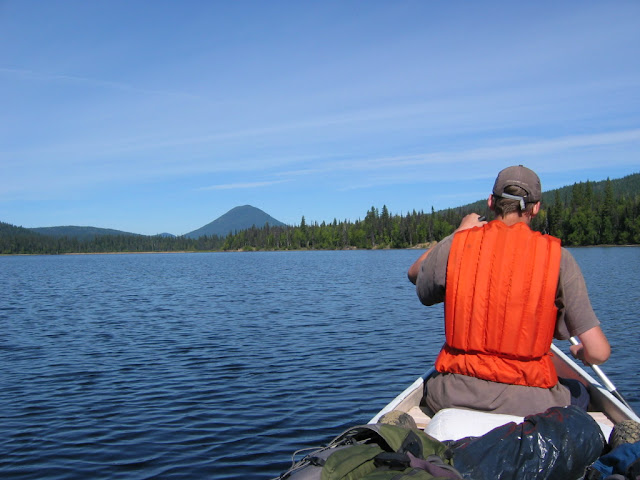 Once we were back on the lake it started to get windy.  Our progress slowed and it looked like we wouldn't finish the circuit until the next day.  However, as we got further up the lake, it began to look more and more like it was going to rain.  We decided to push hard to finish the circuit, hoping to avoid the rain.

We got to the end of Swan Lake, passed the last campsite, and entered Bowron River.  The marshy scenary here was very interesting, and we saw lots of wildlife.  There were several ducks in this area navigating the channels with their babies.  They let us get pretty close to them (they seemed used to humans) which was really neat.  We knew we didn't have too much time to linger though, as there were no more campsites, so we had no choice but to finish the circuit.﻿
﻿ 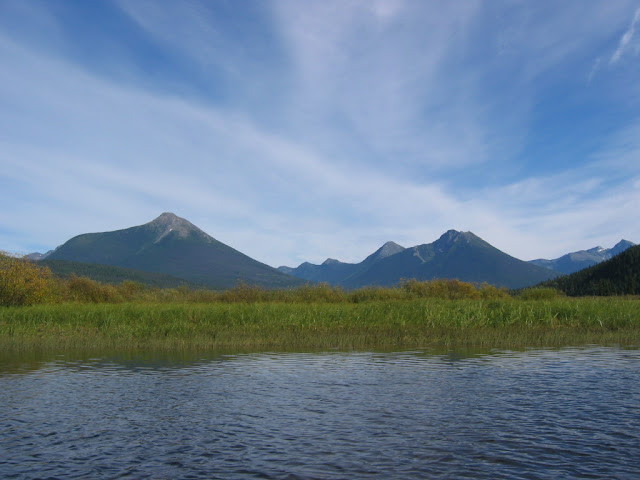 ﻿
﻿﻿﻿ As we started up Bowron Lake, it got incredibly windy.  We had to paddle very hard against the wind, and for a while it seemed like we were making no progress.  We ended up stopping a couple of times to let the wind die down, because it was too strong.  Bowron Lake was a nice lake, though it was where the feeling of being in the wild completely disappeared.  There were lots of residences on and near the lake, and there were a few powerboats zipping around.

We eventually reached the end of the lake, successfully completing the canoe circuit.  We took our canoe up to the provincial campsite and loaded everything in our vehicle.  We got in, and that's when it started to rain.  We definitely felt a little lucky.

Bowron Lakes was a great experience for me.  Even though there were a couple of tiring days, I loved every minute of the trip.  I know that I could do it over and over again and it would still be very special.  My only regret was how fast we did the circuit.  Next time I do it, I would love to spend more time on it.  It is definitely one of the nicest places I have ever visited.
﻿
Posted by Clueless Hiker at 03:22