Probably one of the more spectacular hikes I've done is the Grand Canyon Rim Trail, which I did in 2009.  It's a 20 km long trail that follows along the south rim of the Grand Canyon.  It is paved for much of the way, and isn't very strenuous, but still offers some remarkable views. 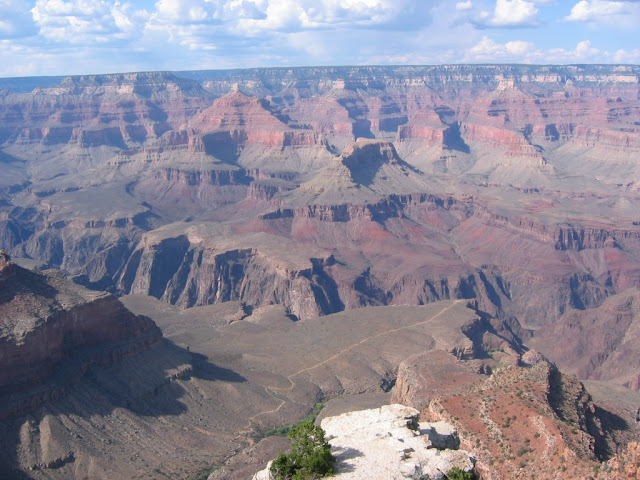 Having already spent a few days at the North Rim, and having visited some of the main areas in the South Rim, I wasn't all that excited about the idea of spending a day hiking in the intense heat.  I was confident that I had properly experienced the Grand Canyon, and didn't expect anything different from what I had already seen.  However, I very quickly realized how wrong I was.  I think to get a full experience at the Grand Canyon, you do have to get your feet on the ground and do a bit of walking.  Looking back, I'm surprised at how many people visit the Grand Canyon and don't really leave their vehicles.  It's hard to put into words, but there is something you get by walking around that you don't get if you just stand at the viewpoints. 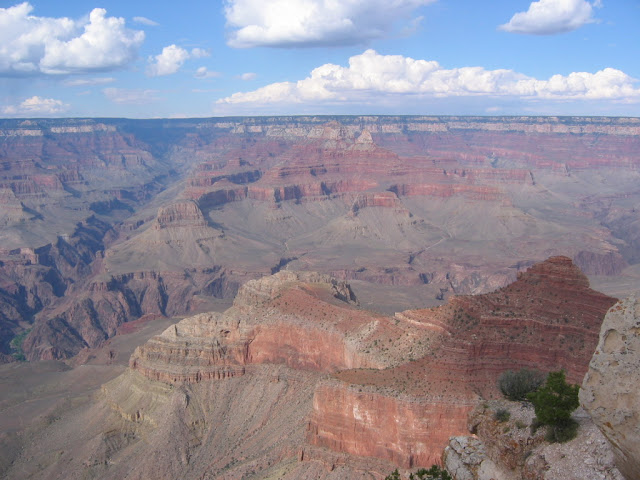 As it was several years ago that I did this hike, I can't remember exactly how many hours it took to complete, but I do know that I spent most of the day on it.  It's not something that I'd want to rush through, and it can be very hard to put away your camera at times (plus the heat can be very draining).

You can sort of divide the trail into sections based on the three bus routes that access the trail - The Hermit's Rest Route, The Village Route, and The Kaibab Route.  Some maps of the trail will show these three areas as being the same size, but that is not true (go by the distances the maps give instead).  The Hermit's Rest area is where the majority of the trail is, and is easily the best part.  I enjoyed the entire trip, but I did find the section in the village to be a little more crowded than I would have liked, though it is where I got the opportunity to photograph this guy:


Overall, the biggest challenge you'll encounter in hiking this trail is the overwhelming heat (depending on the time of year).  If you are hiking in the summer, I'd highly recommend taking lots of water (there is no water from Hermit's Rest to the village).  I thought I had enough water with me, and was surprised at just how fast I went through it.  Other than the heat though, the trail is not very difficult.  I would say it was the highlight of my trip to the Grand Canyon, and I would highly recommend it. 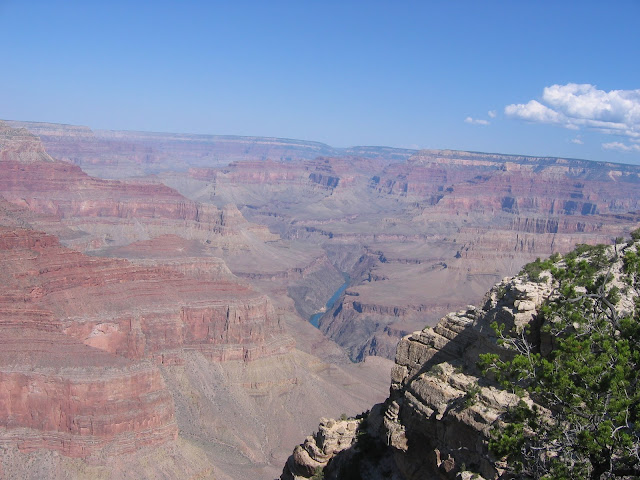