The Skyline 2 Trail in Manning Park splits off from the Skyline 1 trail and goes 25.5 km to Skagit Valley Recreation Area.  I recently hiked approximately half of the trail, spending a night at Mowich Wilderness Campsite.  It is a fairly challenging trail with lots of ascents and descents, though none of these are incredibly long.  Even though it was late August when I went, the wildflowers were still in full bloom, adding to the experience.

From where the trail splits there is a long descent followed by an ascent up Snow Camp Mountain.  The trail does not actually go to the summit of the mountain, but there is side trail that does.


The side trip up the mountain was fairly easy.  It isn't the highest mountain in the park at just 1980 meters, but it still offers some nice panoramic views. 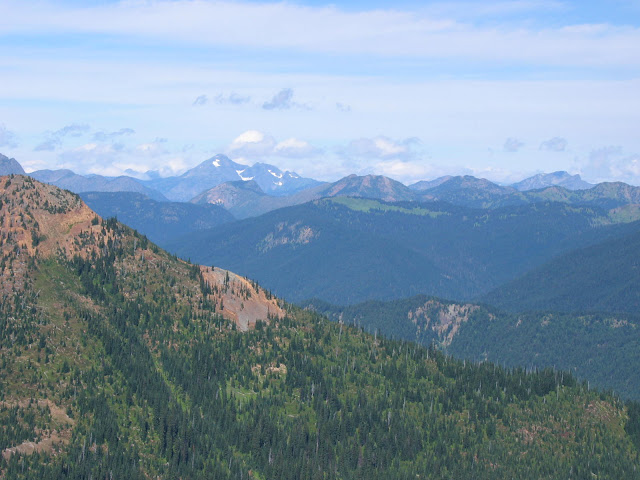 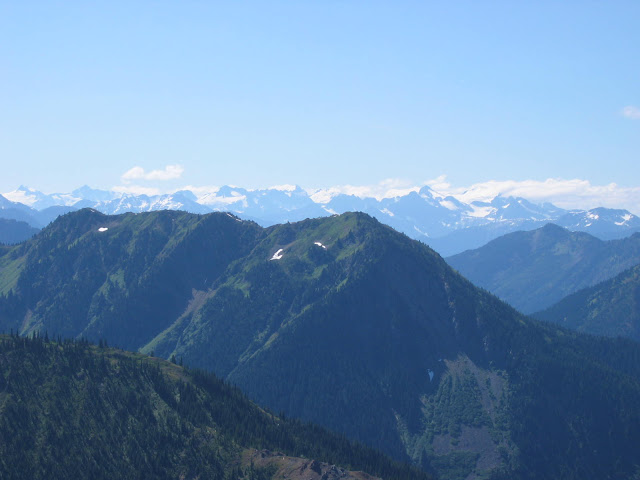 The trail continues along the ridge until just past Lone Goat Mountain where it starts to descend to the campsite.  When I did this hike there was no one else staying in the camp, so it was pretty quiet and peaceful.  There was also a pretty rustic little shelter at the camp. 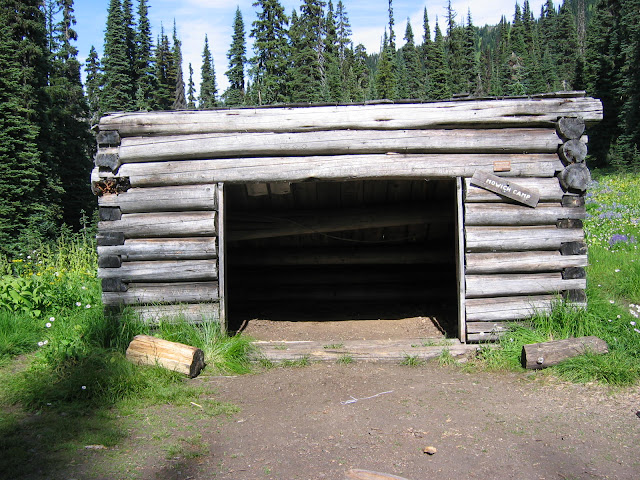 The creek at the campsite was not exactly cascading down the mountain, but it was pretty much the only water source nearby.  I was a little apprehensive at the idea of drinking from it, but I did and fortunately did not get sick.

About 1 km from the camp there is a side trail going up Hozomeen Ridge, so after setting up I hiked part of the way up it.  I would have liked to have done the whole trail, but I didn't have enough time.


The next day was a lot harder than I was expecting.  Somehow, trails always seem steeper on the ascent than on the descent to me, so it caught me off guard just how tough the climb from the campsite to the ridge was.  I was pretty tired, so I took more breaks than the day before.  I didn't want to take too many breaks though, since it looked like it might start raining (luckily it didn't rain).

I hope to return to this trail sometime and hike the rest of it.  I really enjoyed my time on the trail, but I know it would take more than two days to get the full experience.

You can read more about the hike here.
Posted by Clueless Hiker at 23:31