Of Granola Bars and Highway Sheds 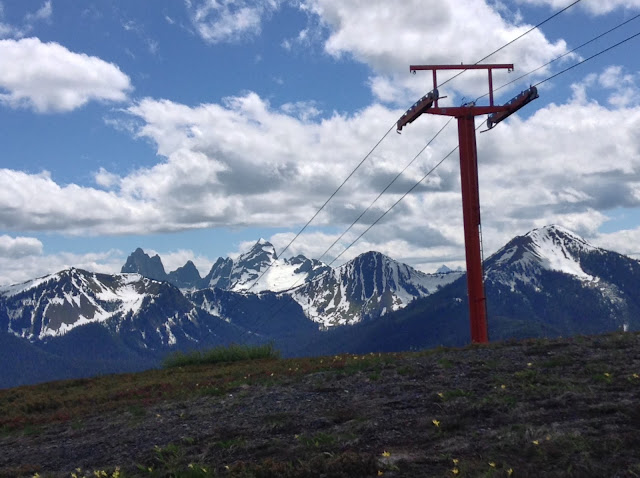 The climb up the ski hill was made more strenuous by my overfilled backpack.  I’m not sure how I ended up packing so much for a two night hike.  Last minute packing was likely the culprit.  I hadn’t decided to go camping until a few hours before I left, so I ended up throwing whatever random clutters of food I could find into my pack.  Taking mental inventory of my food, I realized I had somehow both packed too much and not enough.  I probably didn’t need 35 granola bars.  That was a little bit overkill.  On the other hand, three pepperoni sticks probably wasn’t quite enough in the name of protein.

My plan was to hike into Poland Lake, set up camp, and hike the Memaloose Trail to Allison Pass the next day.  It wasn’t an overly ambitious plan by any means, but it meant setting up camp well after dark on the first night. 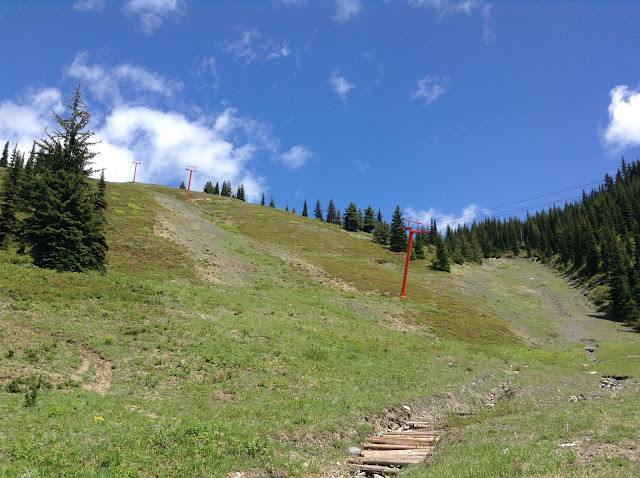 The wildflowers were out in full force, creating a vibrant carpet of colours on the mountainside.  Stopping to take pictures was a nice excuse to take frequent breaks. 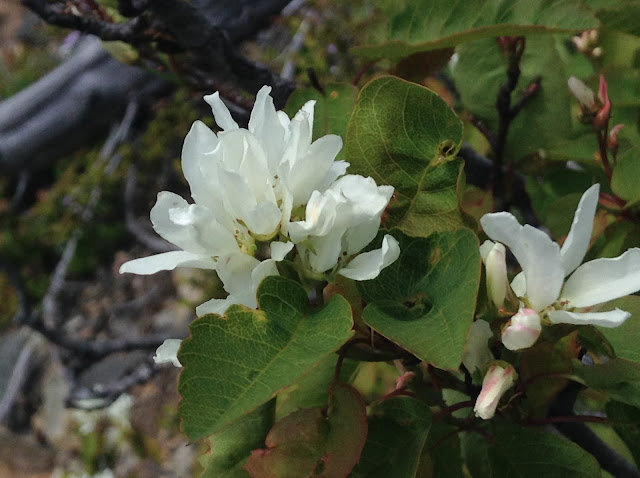 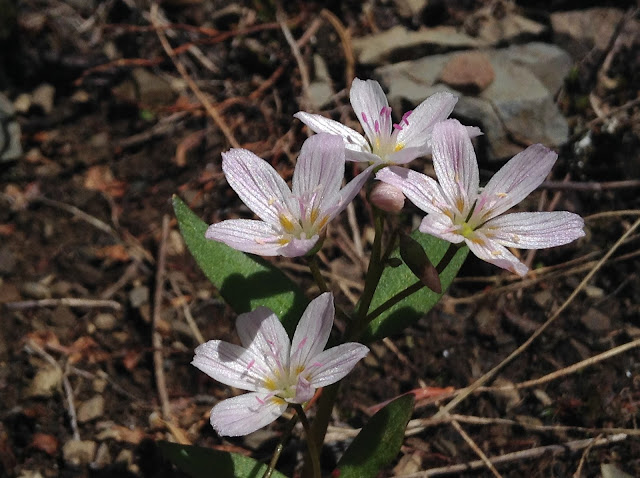 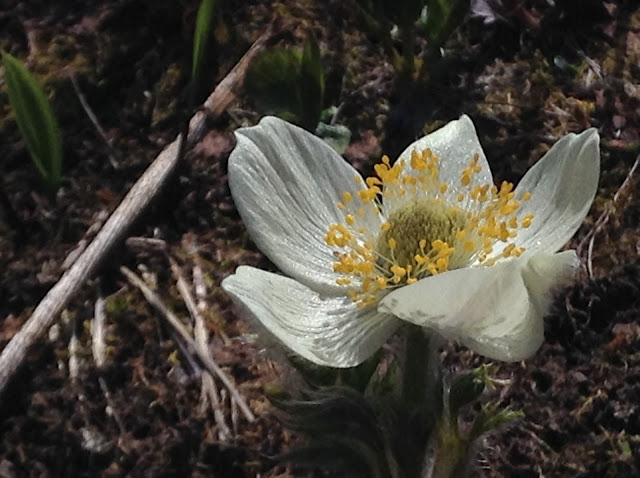 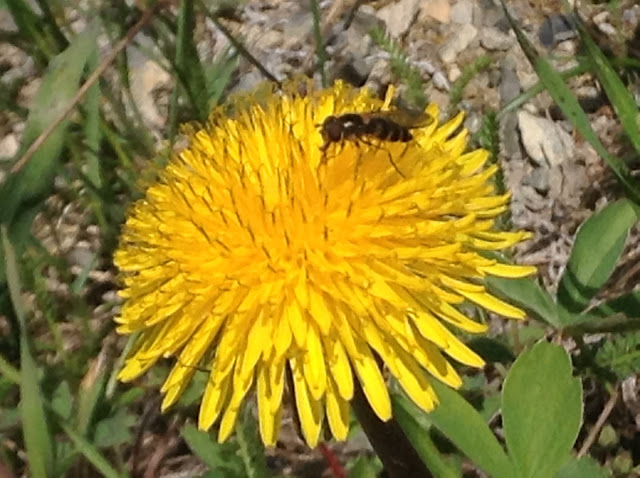 I looked across to the Blue Chairlift and followed the ridgeline to Mara Peak, a fairly unimpressive prominence I had climbed a week or so ago.  At the time, it had felt like a very long slog through the bush.  Looking at it from a distance, I realized the ridge was quite short, and not all that steep.  After the hike, I assessed that I must have been in peak physical shape to have done as well as I had.  Looking at the small bump above the Blue Chair, it occurred to me that I was actually in much, much worse shape than I thought.


I neared the top of the Orange Chair.  Once I was at the top of the ski hill, the most difficult part of the day would be finished.  I fought through a lot of hardship and adversity to get to the top of the hill.  The main hardship was wanting to take a nap, and the biggest adversity was knowing I didn’t have enough time to take one.  Such is the difficult life of the hiker. 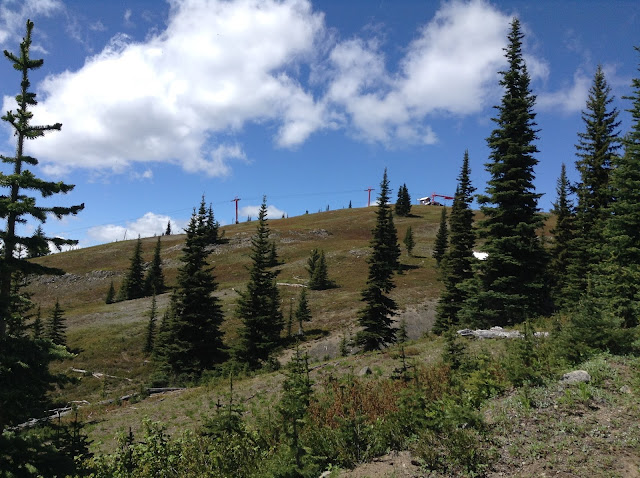 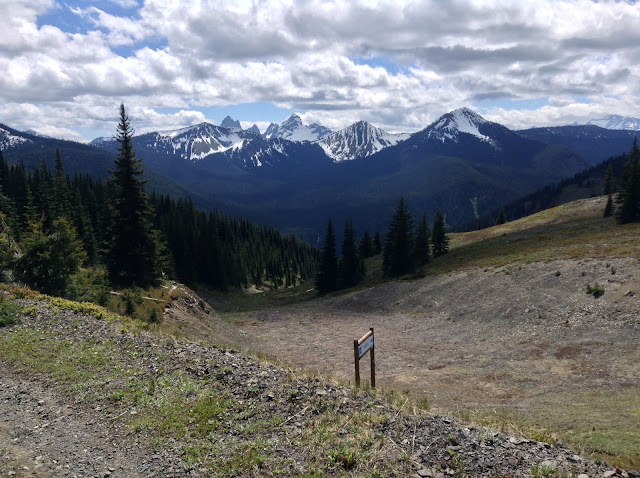 I spent a bit of time on top of the ski hill as the sun began to set.  I knew I needed to push on to get to the camp at a decent time, but the sunset was too spectacular, and I knew there wouldn’t be a better place to watch it. 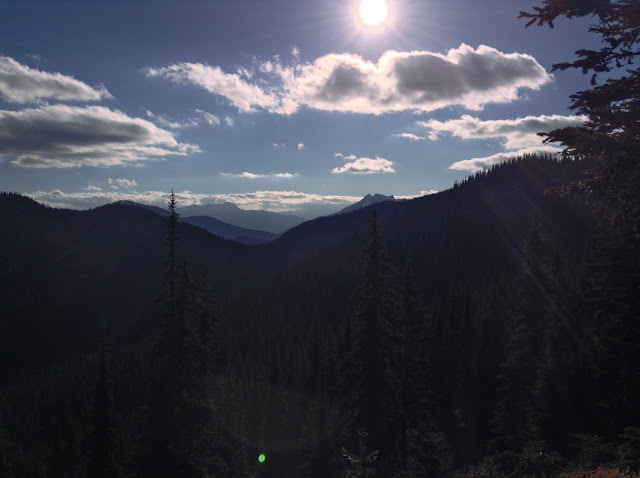 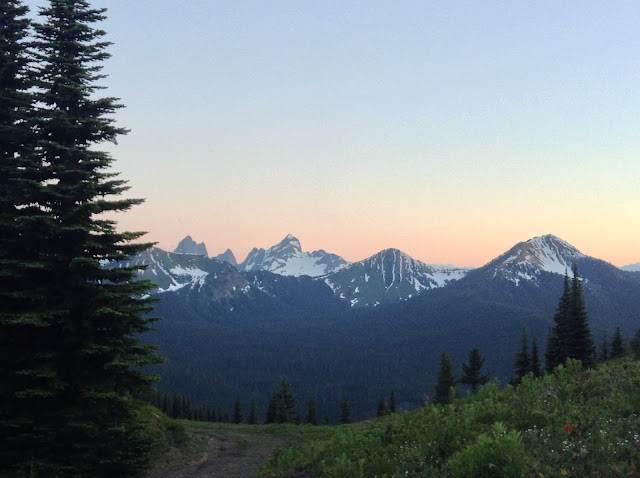 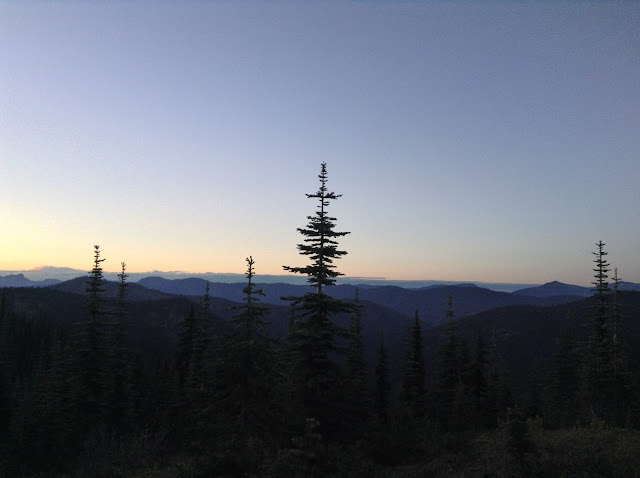 It was dark by the time I left the ski hill.  I kicked into “get ‘er done” mode and chugged along until I was at Poland Lake.  Passing near the summits of Grassy and Bojo Mountains, I remembered climbing both mountains a few weeks ago.  In the darkness, barely able to see anything, it was strange to think of the scenic vistas a few hundred meters above me.


Setting up my tent in the dark was always an interesting experience, and this time was no exception.  I managed to set it up without stabbing myself in the eye with the tent pole, so I’ll call it a success.

The next morning I had a quick breakfast of 5 granola bars (give or take) by the lake, before heading onto the Memaloose Trail, one of the few trails in the area that I had not done.


It was late June, but snow still persisted.  There was a bit of deadfall, but considering the trail is not a BC Parks maintained trail, it was in surprisingly good shape.

There was a brief view descending from Poland Lake.  I saw a bit of the ridge leading towards Memaloose Peak, but it certainly wasn’t like the grand views on the ski hill. 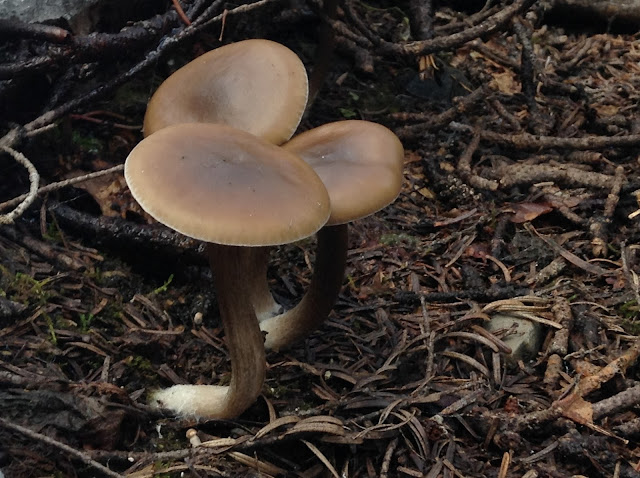 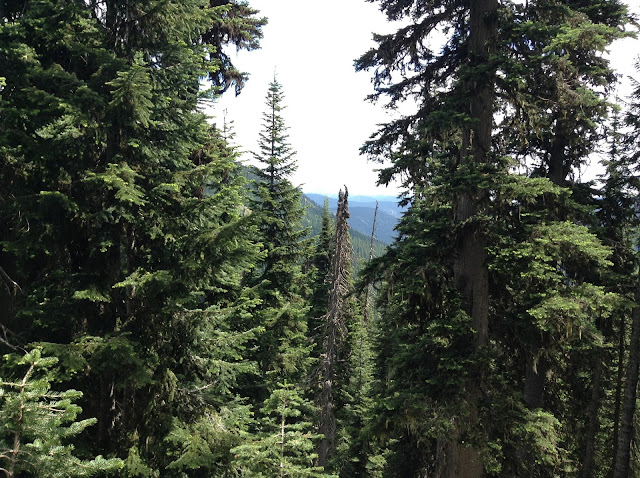 The trail descended to Memaloose Creek which it more or less followed to the highway shed.  Once I hit the creek, I knew there wouldn’t be any big views or spectacular scenery, but it was still a pleasant hike.  It was interesting to walk on a trail that sees almost no traffic, even in the peak hiking season.  The lack of use was evident in a lack of litter near the trail.  Usually, anywhere I hike, I will find at least a few empty beer cans.  I honestly can’t recall seeing any garbage on the trail.  It was nice, but it was also sad to realize that it is rare to see a hiking trail this unpolluted. 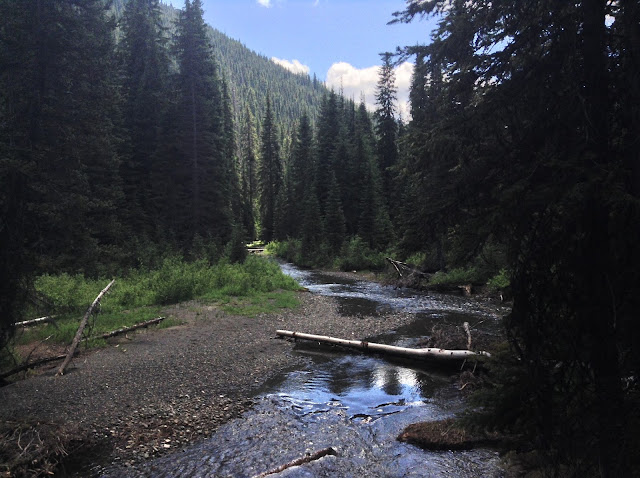 With a lighter pack than the day before, and on a less strenuous trail, the kilometers flew by, and soon I was at the highway shed.  It was probably the least dramatic end to a trail I’ve seen, but I suppose it’s about the journey, not the destination.


I had another 10 granola bars or so, and then turned around, trekking back to Poland Lake, where my trusty tent would be waiting for me (assuming it hadn’t been ransacked by a bear). 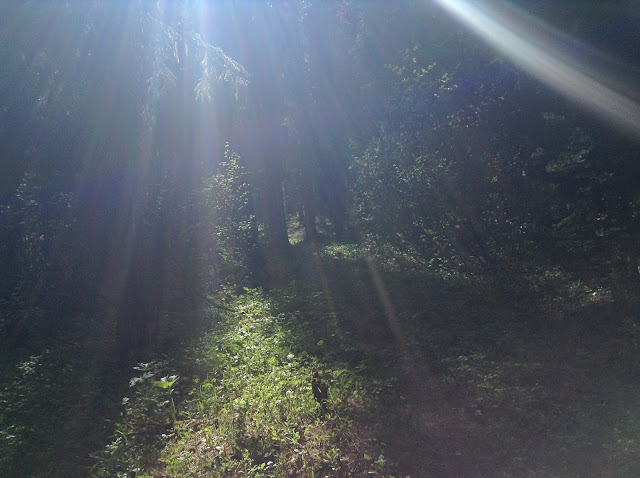 I got to the lake and had supper (what was left of my pepperoni sticks with a dessert of another 10 granola bars) before making a fire.  I intended to relax by the fire, but instead I spent two hours struggling to keep it going before giving up and going to bed.  It was still more successful than most of my attempts at backcountry fires.

The next day I hiked out, ending 48 or so hours of total solitude.  I hadn’t seen anyone since I left my car, not even at the highway shed.  I hadn’t talked to anyone.  I hadn’t messaged anyone.  I hadn’t been connected in any way to any part of the world outside of the trail I was on.  As I munched on a few kilograms of granola bars, I wondered if this solitude had produced any profound revelations or inner reflections.  I searched my soul for a few moments and pondered all of the things in the world I knew I could never hope to comprehend before coming to one ultimate conclusion, a conclusion that I’m positive will stick with me for the rest of my earthly existence: granola bars are disgusting and I never want to eat one ever again. 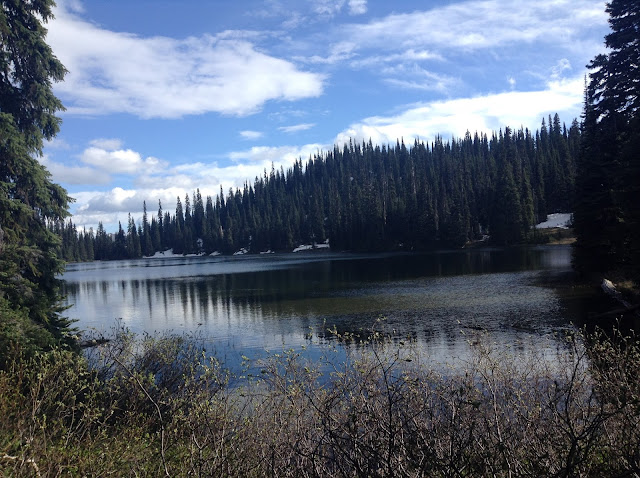