Exhaustion caught up with me on Day 4, as I stayed in my tent until probably 10:00 or 10:30.  When I eventually emerged, I saw that the sky was playing the same tricks as usual.  The following pictures were all taken in the span of a few minutes, just to give an idea of the total lack of homogeneity in the sky.  The clouds were definitely trying to give me the most mixed message possible. 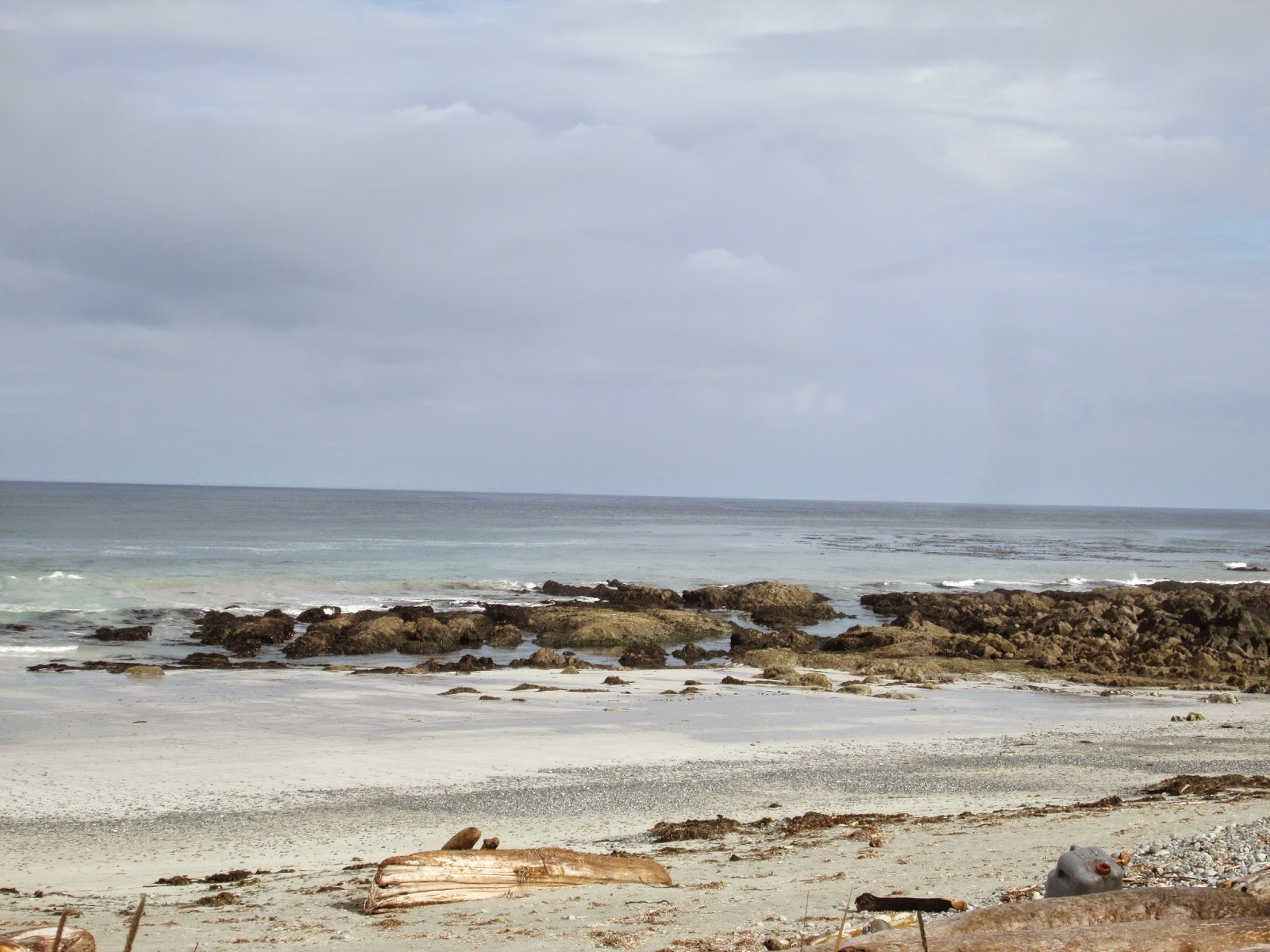 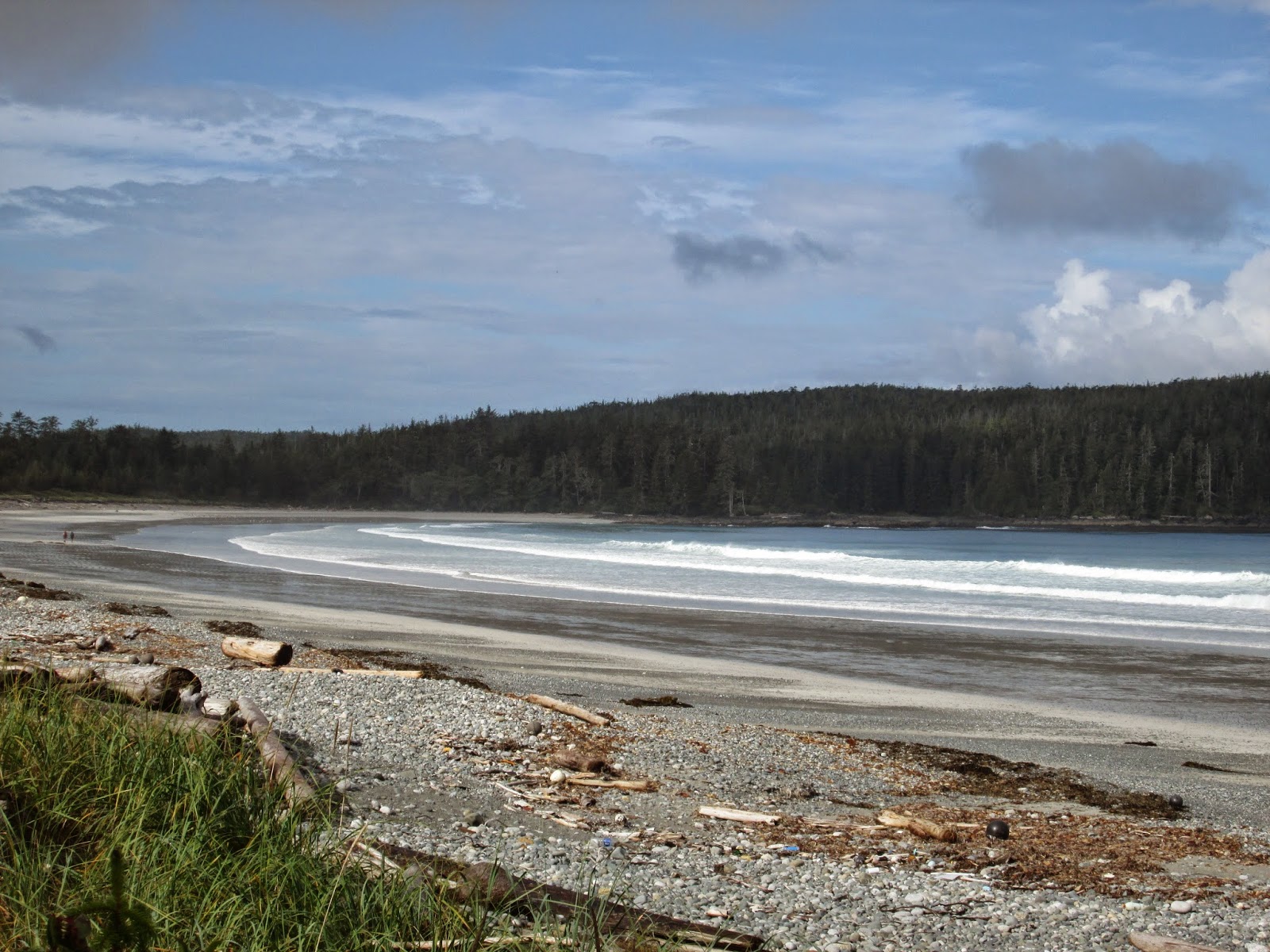 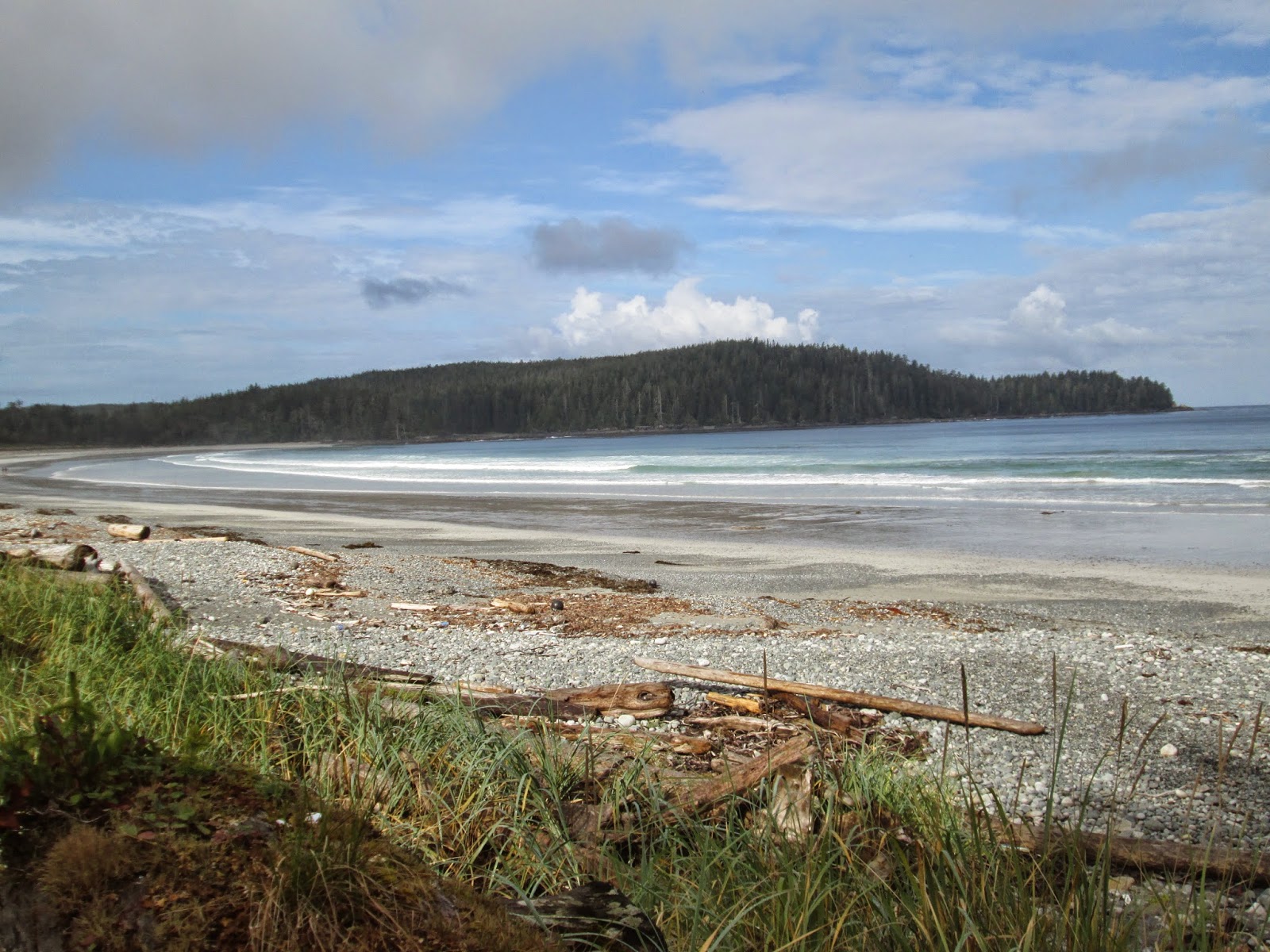 I spent the early part of the day sitting around stuffing my face with food.  I decided to eat more than my daily allowance.  I thought I could compensate for my lack of rations available on Day 6 by eating a really big meal in Port Hardy.

I took my tent down and took advantage of the lean-to once again, trying to dry it out for the billionth time.  I put the bottoms of my hiking pants, as well as my socks on the lean-to as well, wanting to get everything as dry as possible.

Around lunch time another group of hikers stopped at Nissen Bight.  I spent some time visiting before returning to my camp site to reassemble my tent.

I eventually ran out of water and had to trek to the water source.  It was not particularly encouraging looking, barely more than a trickle, but it didn't make me sick, so I guess it did its job.


The rest of my day was more or less uneventful which was kind of pleasant.  This was my first ever intentional zero day on a trail.  I almost didn't know what to do with myself, but the rest and relaxation was definitely needed.

I was looking forward to getting on the Cape Scott Trail the next day, which was supposed to be extremely easy in comparison to the North Coast Trail. 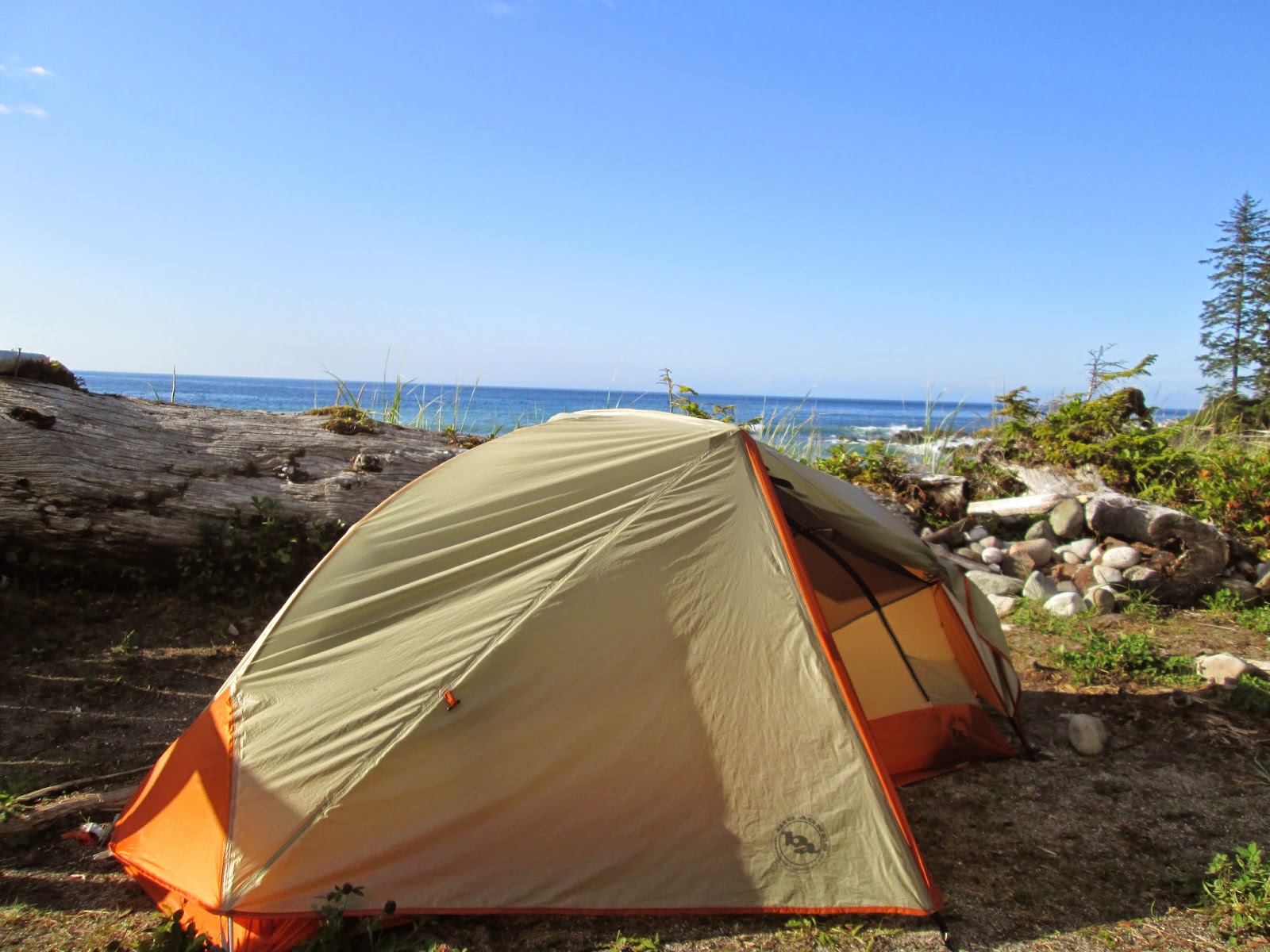 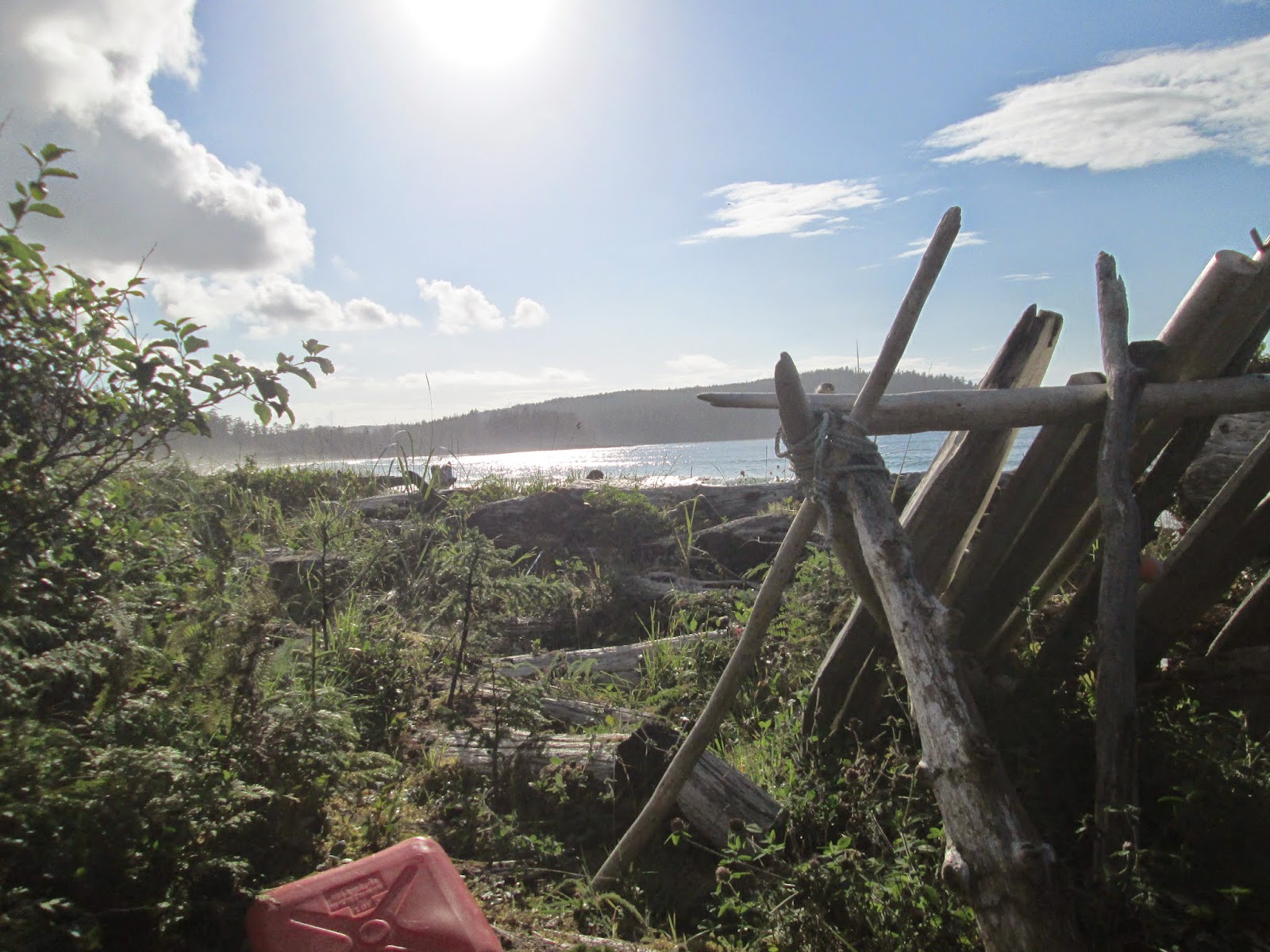