Day 2 had the same clear blue skies I had enjoyed on the previous day.  There was no moisture on my tent, from fog, dew, condensation, or anything else.  This made for one of the most painless tent tear downs I had experienced in a while.

I had breakfast and headed out.  My final destination for the day was the campsite at Payzant Creek, 19 km away.  The strenuous section of the trail was supposed to continue until Sombrio Beach, so I had another 8 km of hard ups and downs to look forward to.


After hiking the rest of Chin Beach, the trail headed inland, and I was immediately greeted with the same hard terrain that had nearly killed me on the previous day.  The days of hiking that were behind me had started to really pile up, and fatigue set in incredibly early.  At one point, my pace was slow enough that I was debating either stopping at Parkinson Creek, or hiking through the night.

Luckily, I got my second wind and got back on schedule.  I hit an area with quite a number of wasp nests, though many of them were marked, presumably by much less fortunate hikers. 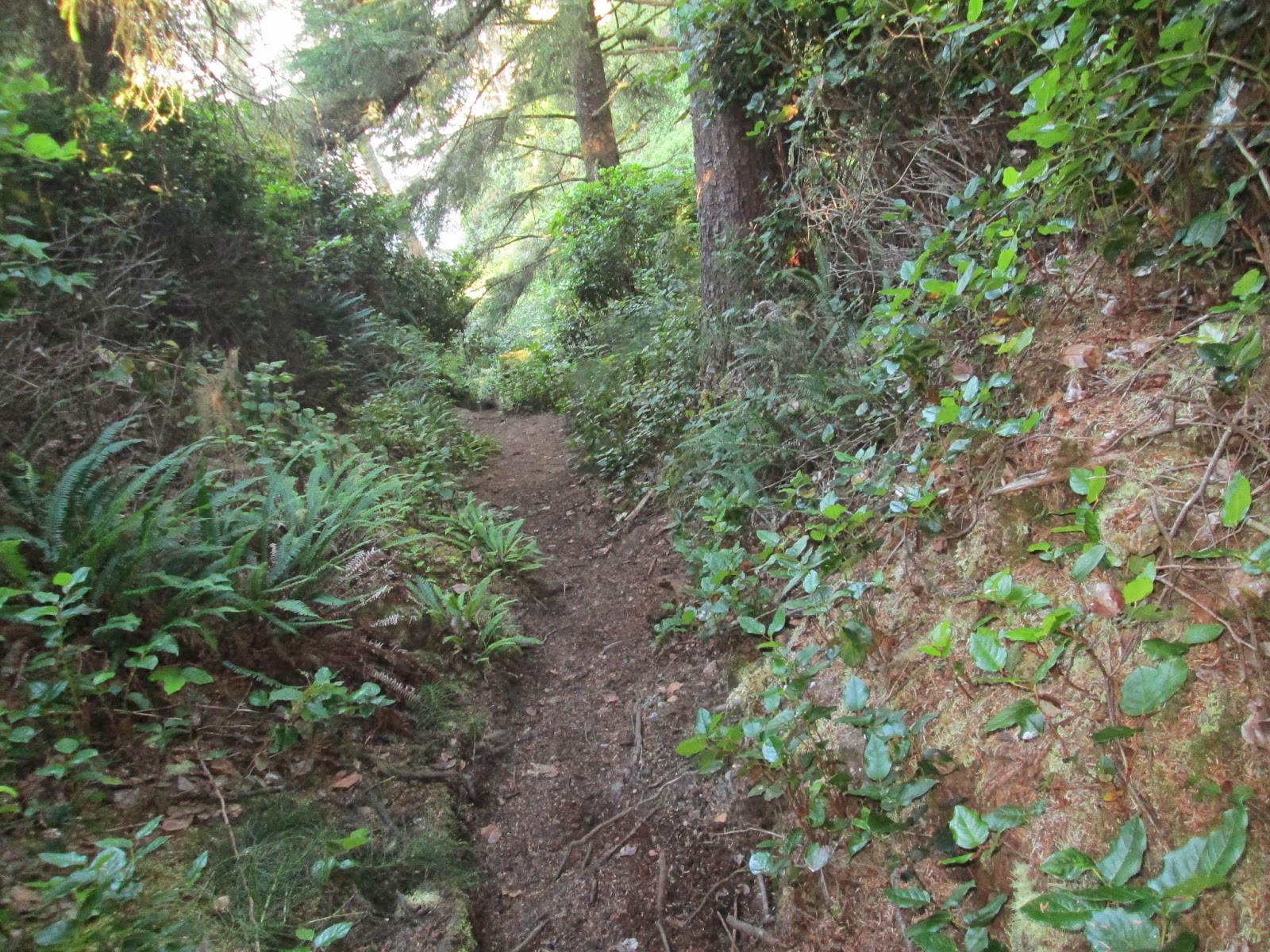 I reached the Loss Creek Suspension Bridge, the highest and longest of the four suspension bridges on the trail.  The views on it were stunning, and again I considered myself lucky to not have to cross it in the rain.  The wind seemed to pick up a bit as I crossed it and there was a brief moment of fear in which I questioned the structural integrity of the bridge, but I managed to cross it, acrophobia and all. 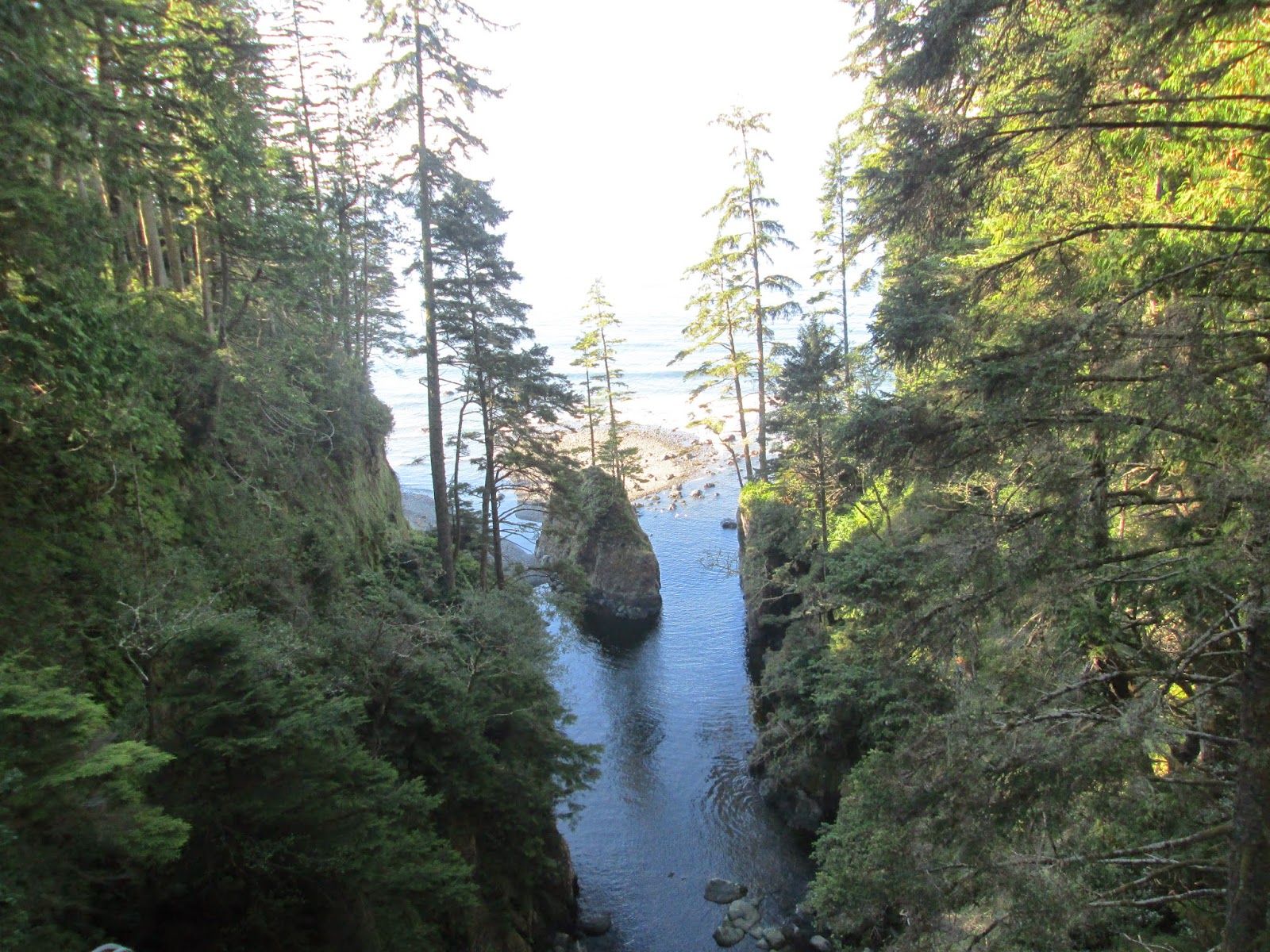 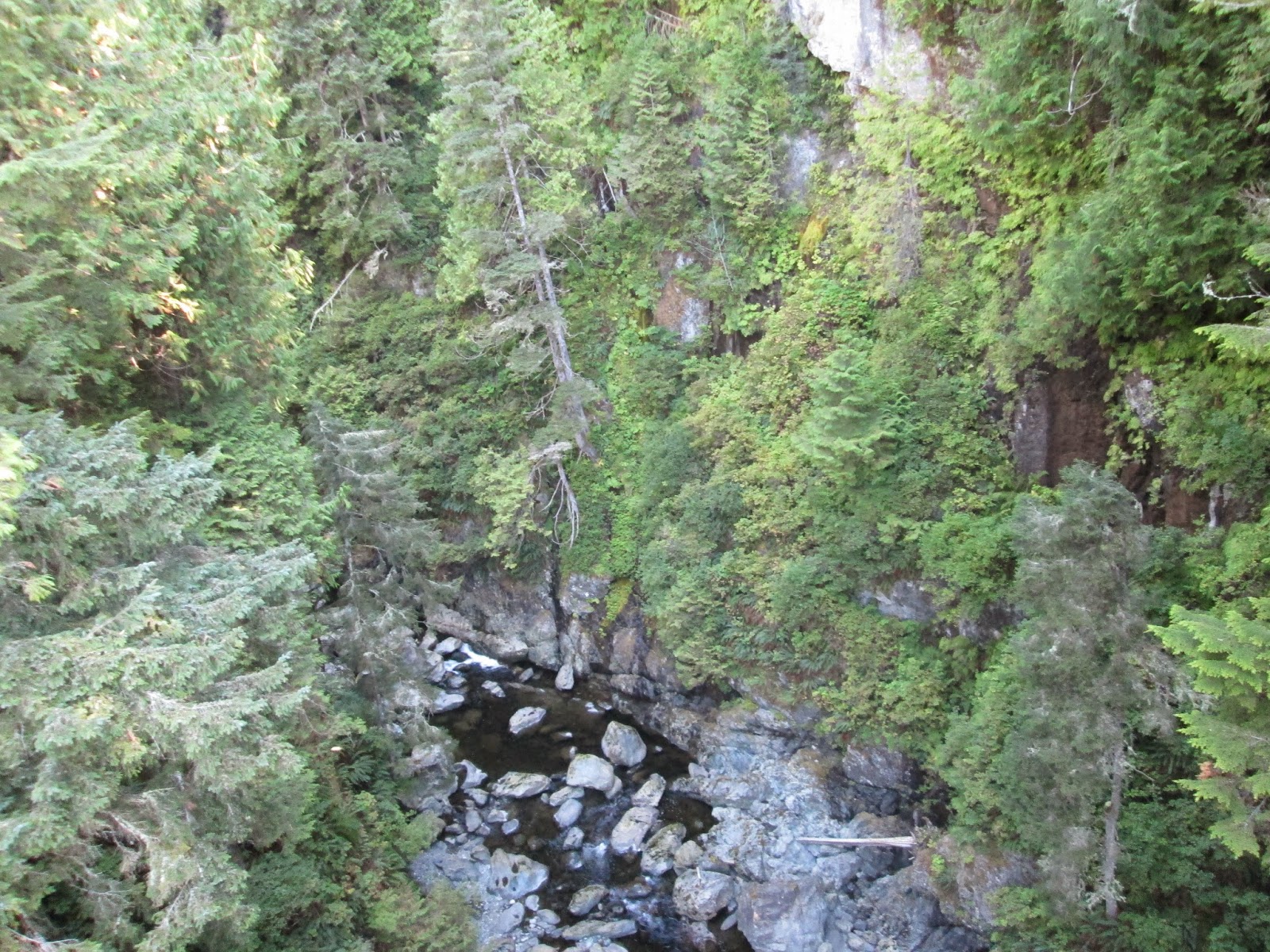 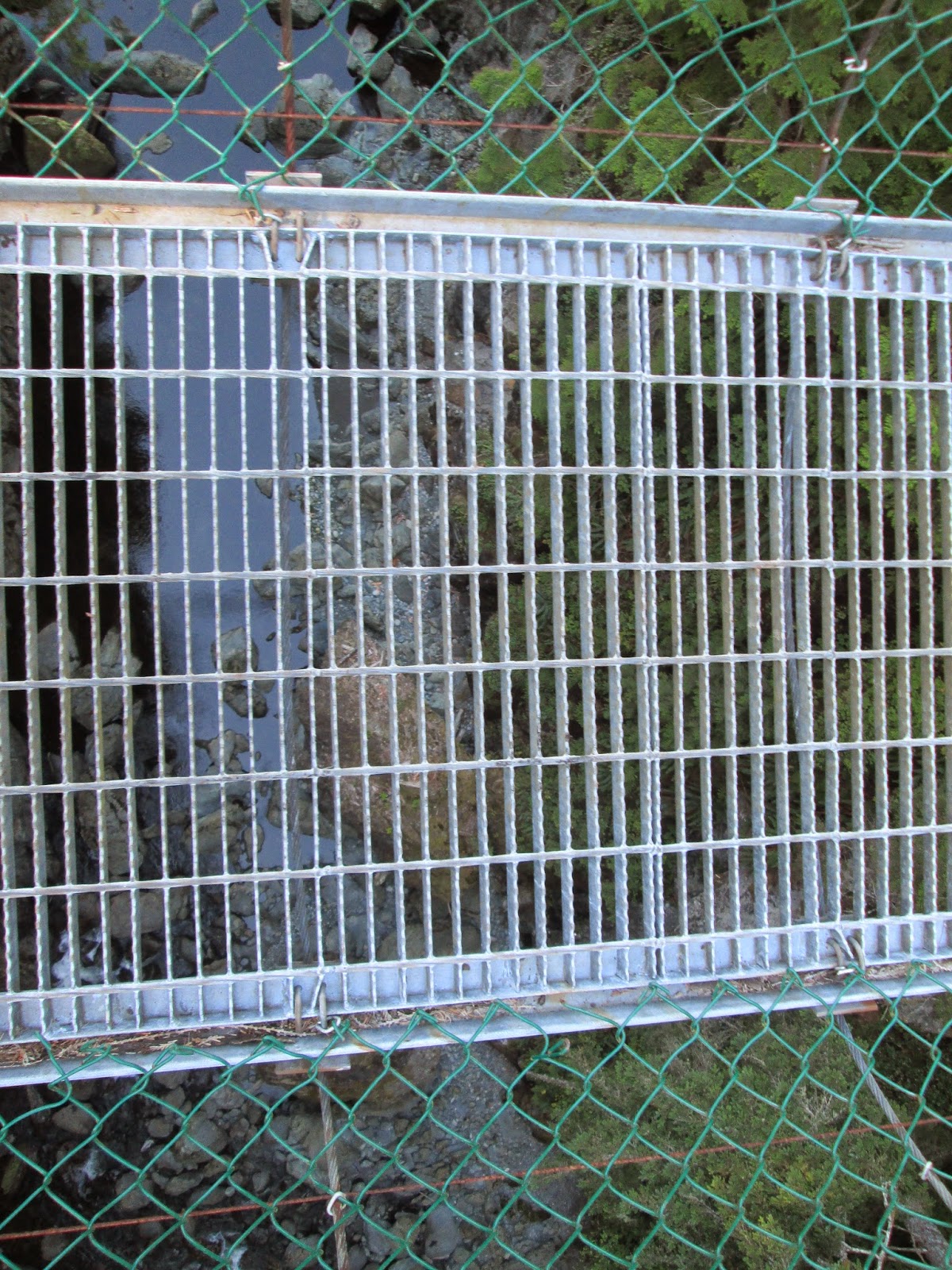 After more hard climbs and descents, I ran into a pretty easy patch of trail, where again it seemed to be on an old road.  After a bit of hiking on this, the trail got on top of a little ridge which it followed down to another strenuous section. 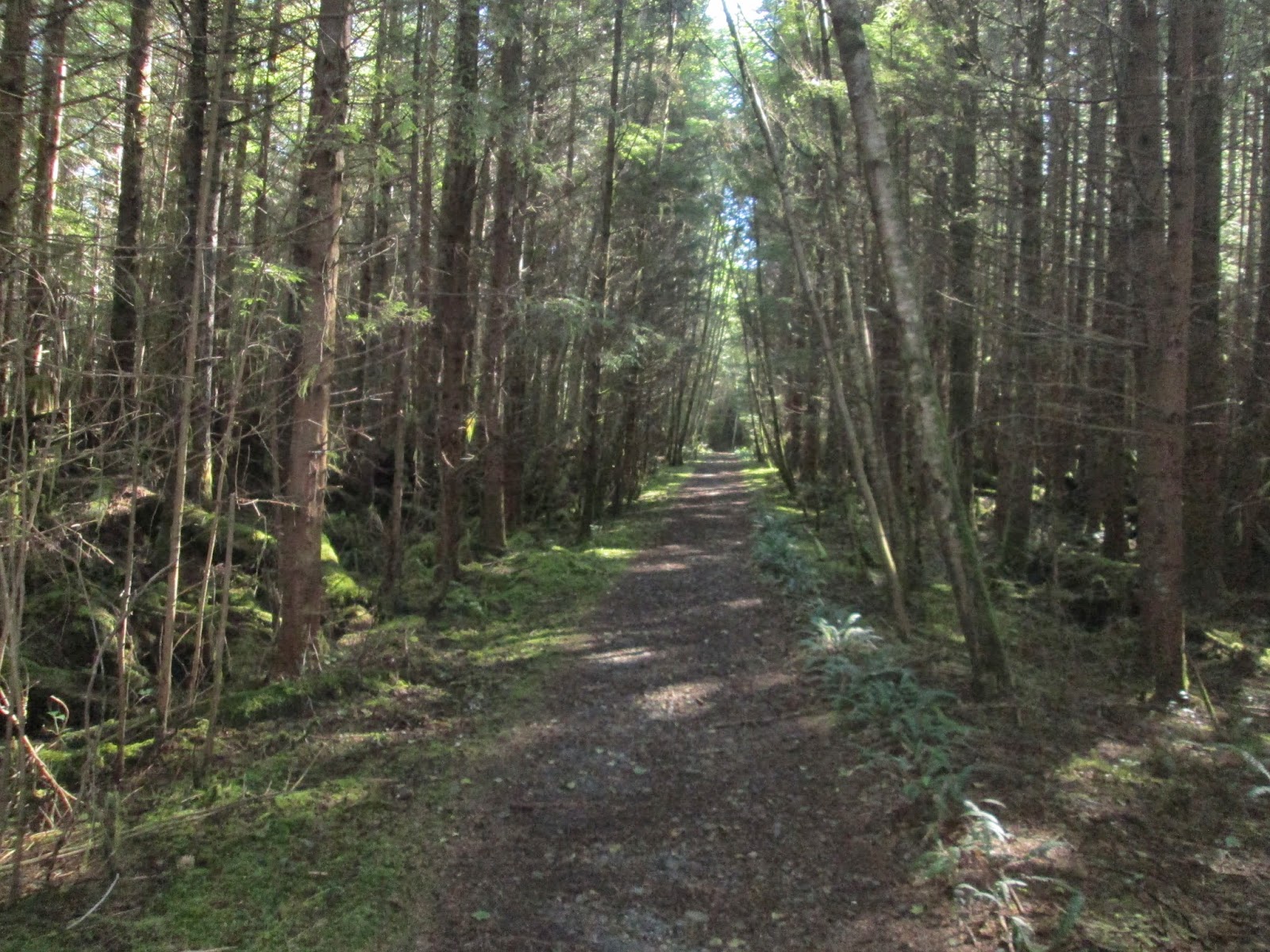 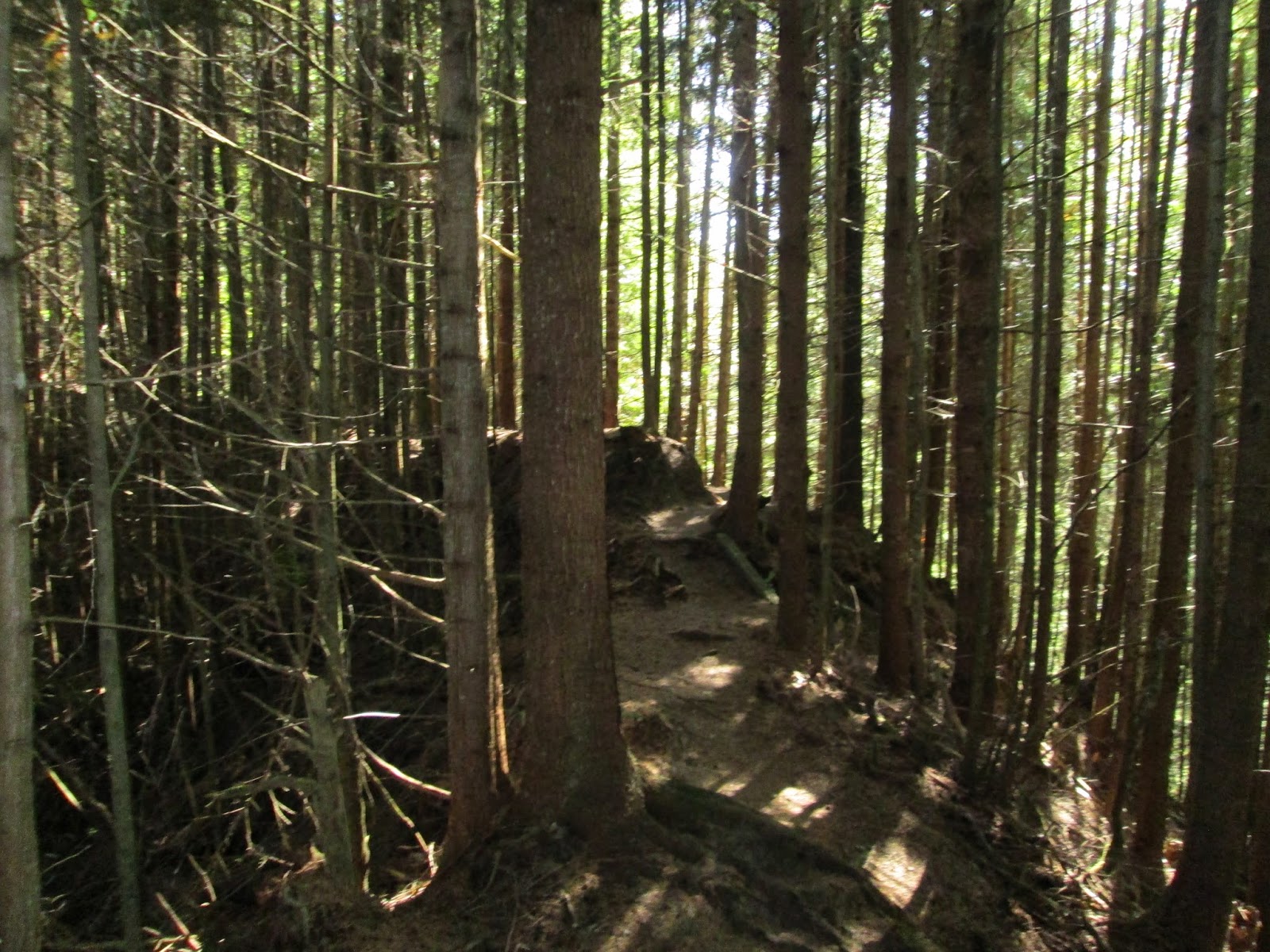 The trail soon got within view of Sombrio Beach, one of the most popular spots on the trail.  I stayed pretty close to the coast line as the trail worked its way to the beach.  I had a couple of near falls on some slippery rocks, but otherwise it seemed like the hard part of my hike was reaching an end. 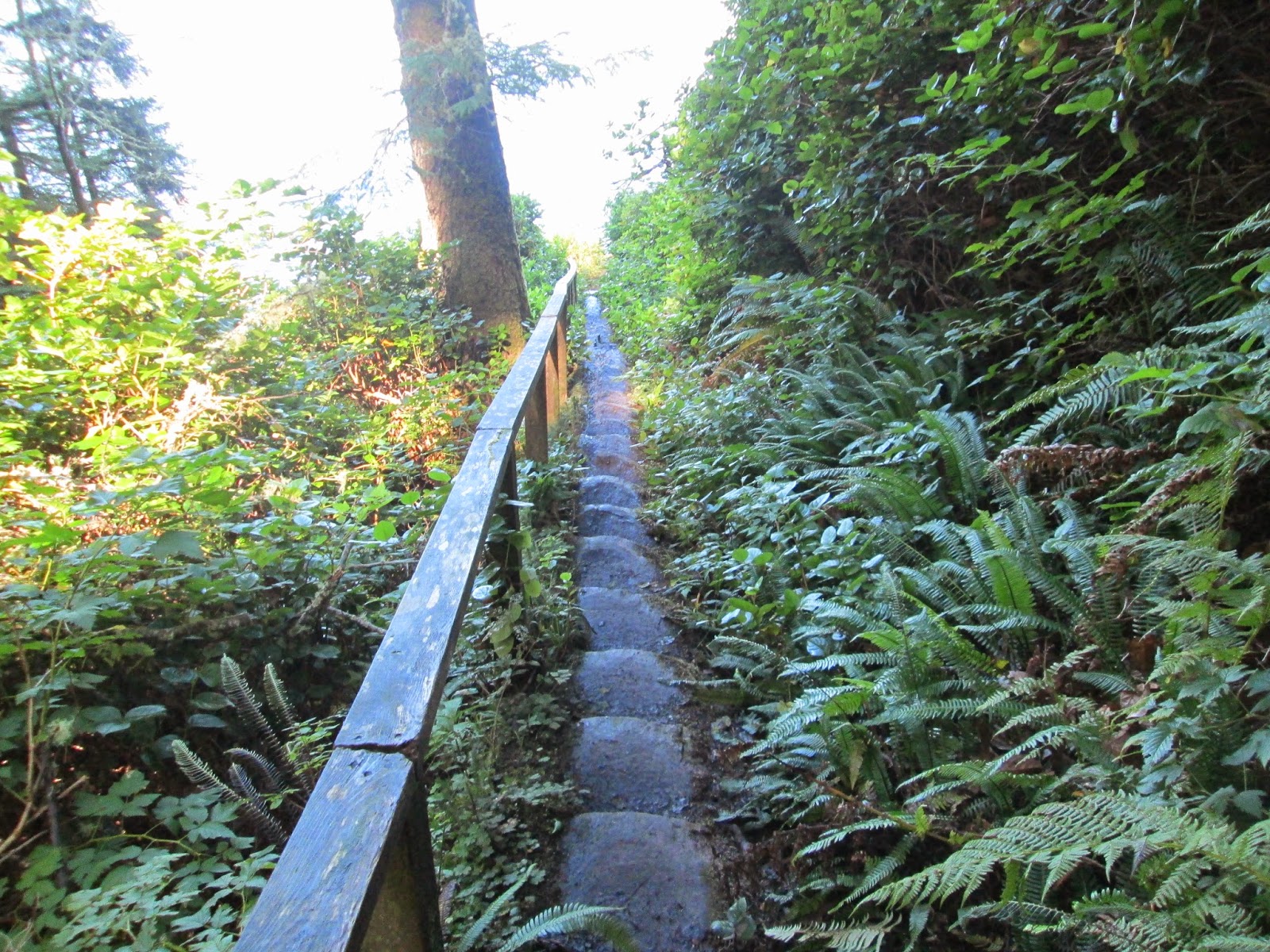 The trail went over the stream feeding a little waterfall.  The stream was low enough that I was able to get off the trail and stand right at the top of the waterfall.  It wasn't much more than a little trickle, but it was still worth the side trip. 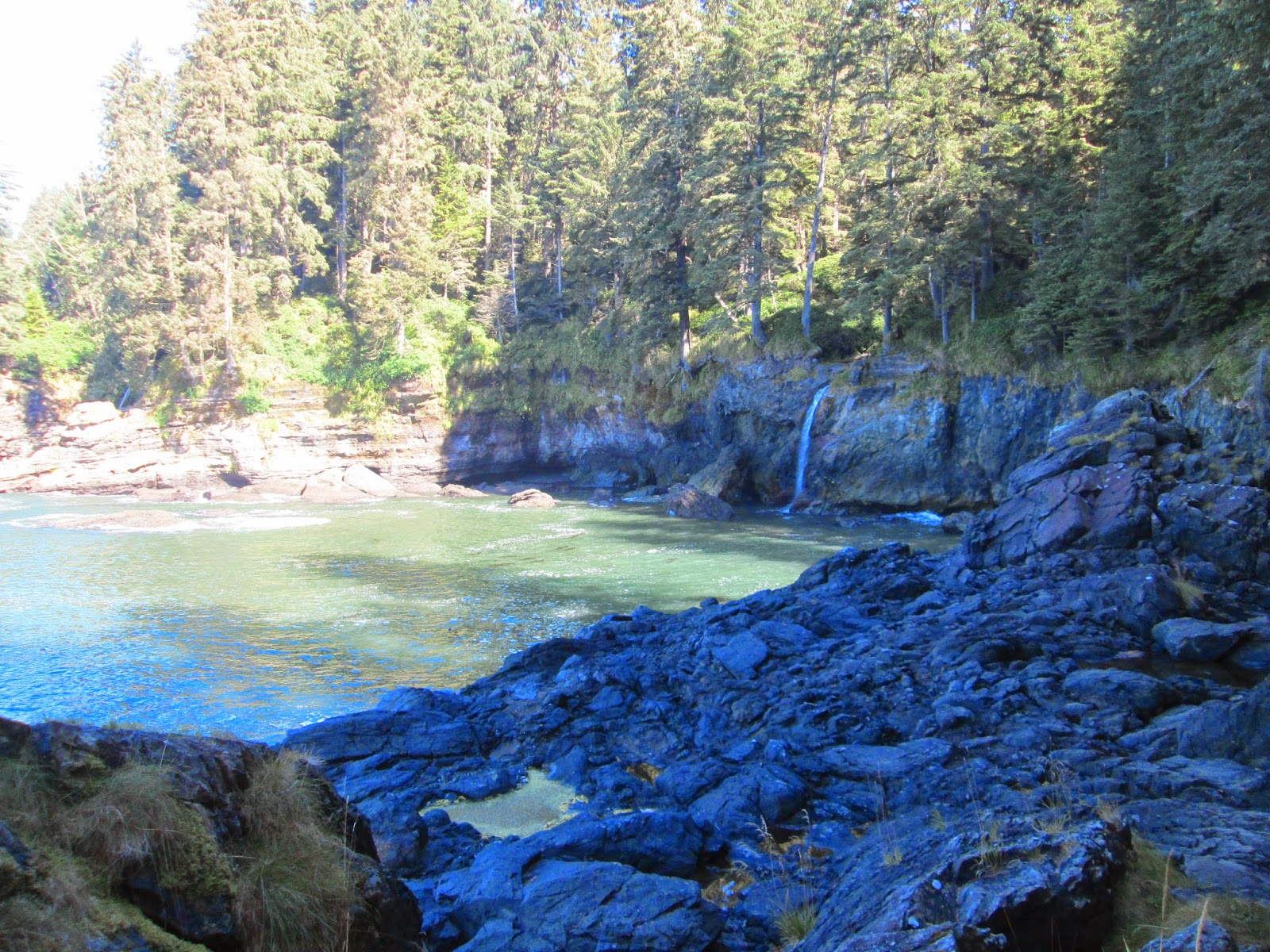 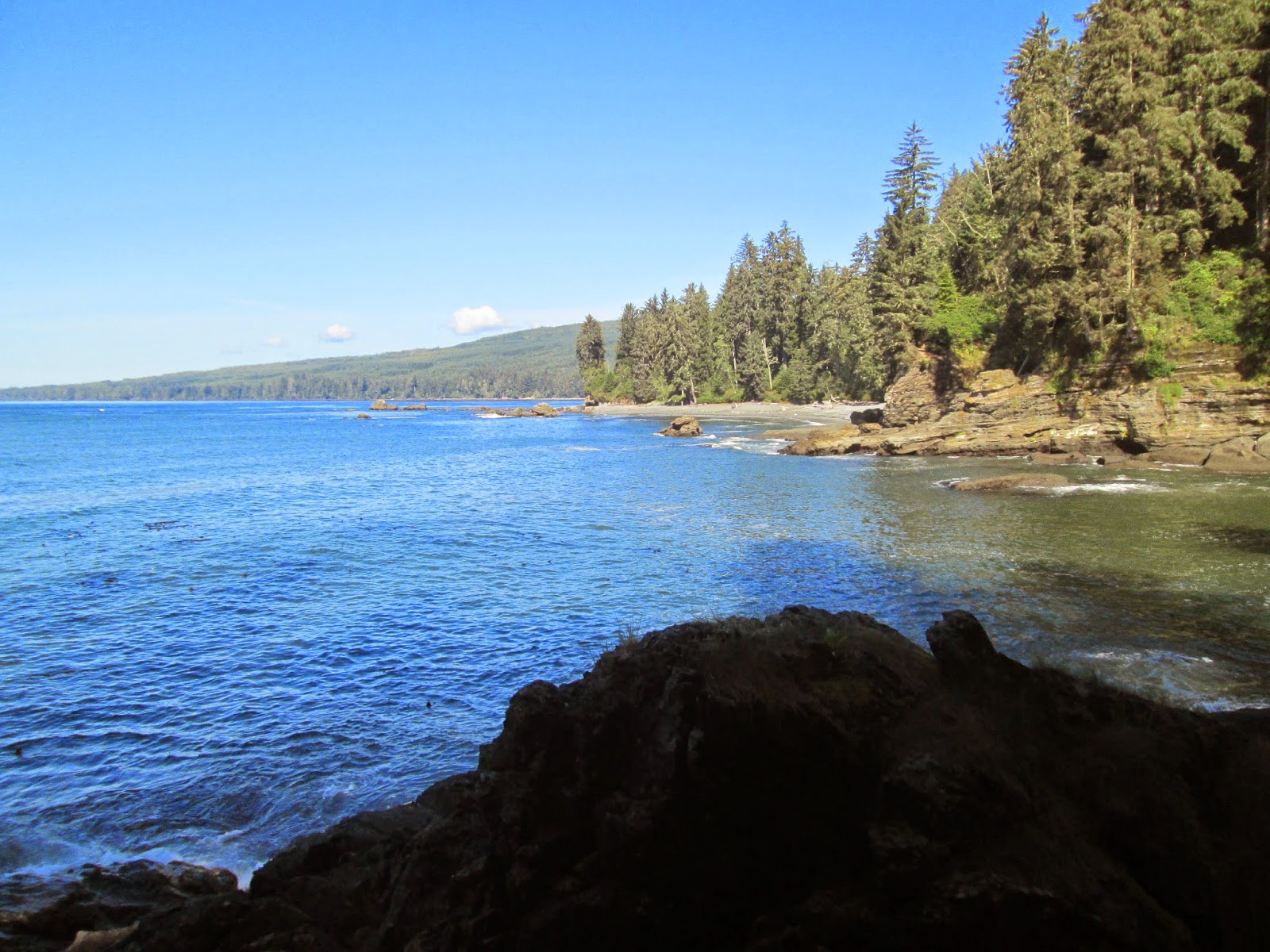 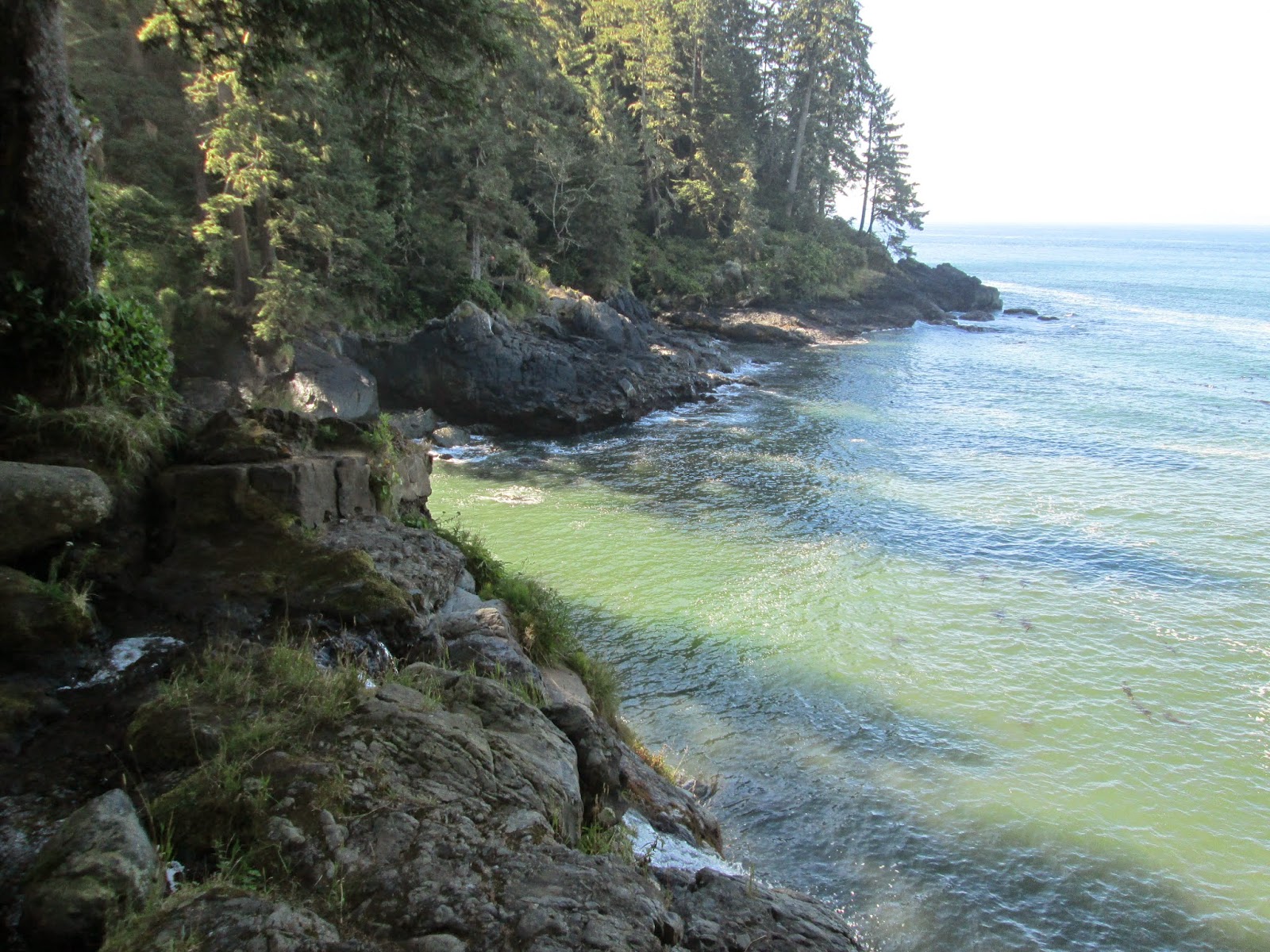 I came out to Sombrio Beach and could tell that it was the most popular camping spot in the area.  There were quite a few tents up, but it seemed like a big enough beach that it wouldn't be that hard to find a private camping spot.  I considered it to be the nicest and most scenic beach I had seen on the Juan de Fuca Trail so far.  I took a break on the beach to have lunch (in which I cleaned up my very expired hummus). 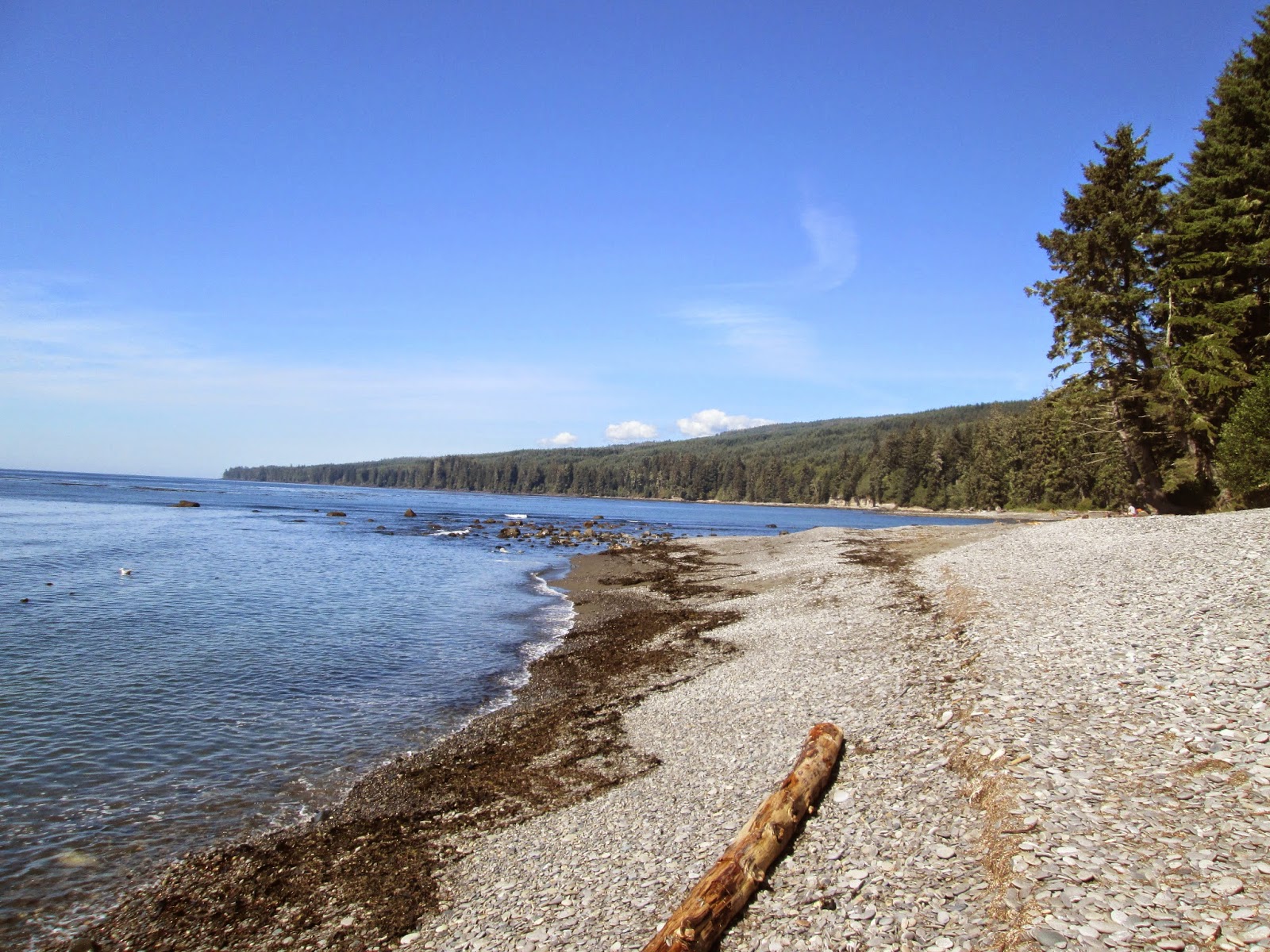 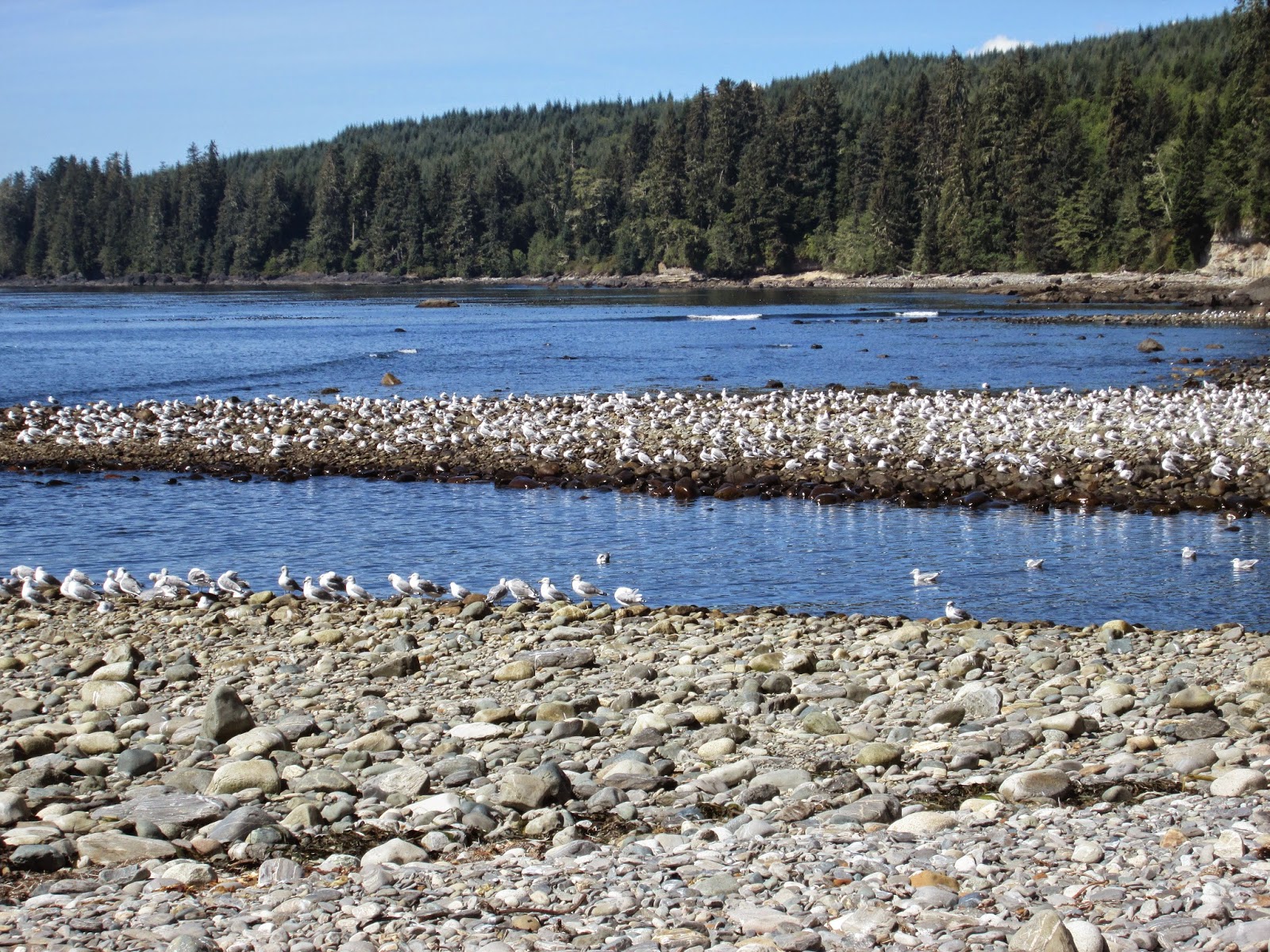 As I continued along the beach, I missed the cut off to the inland trail that went to the suspension bridge over the Sombrio River.  The river was low enough that it was an easy ford, but the completionist in me had to find and cross the bridge.  I picked up the trail on the other side of the river, found the bridge, and then crossed it twice.  There was really no point to this, but it was going to irritate me incessantly if I didn't do it. 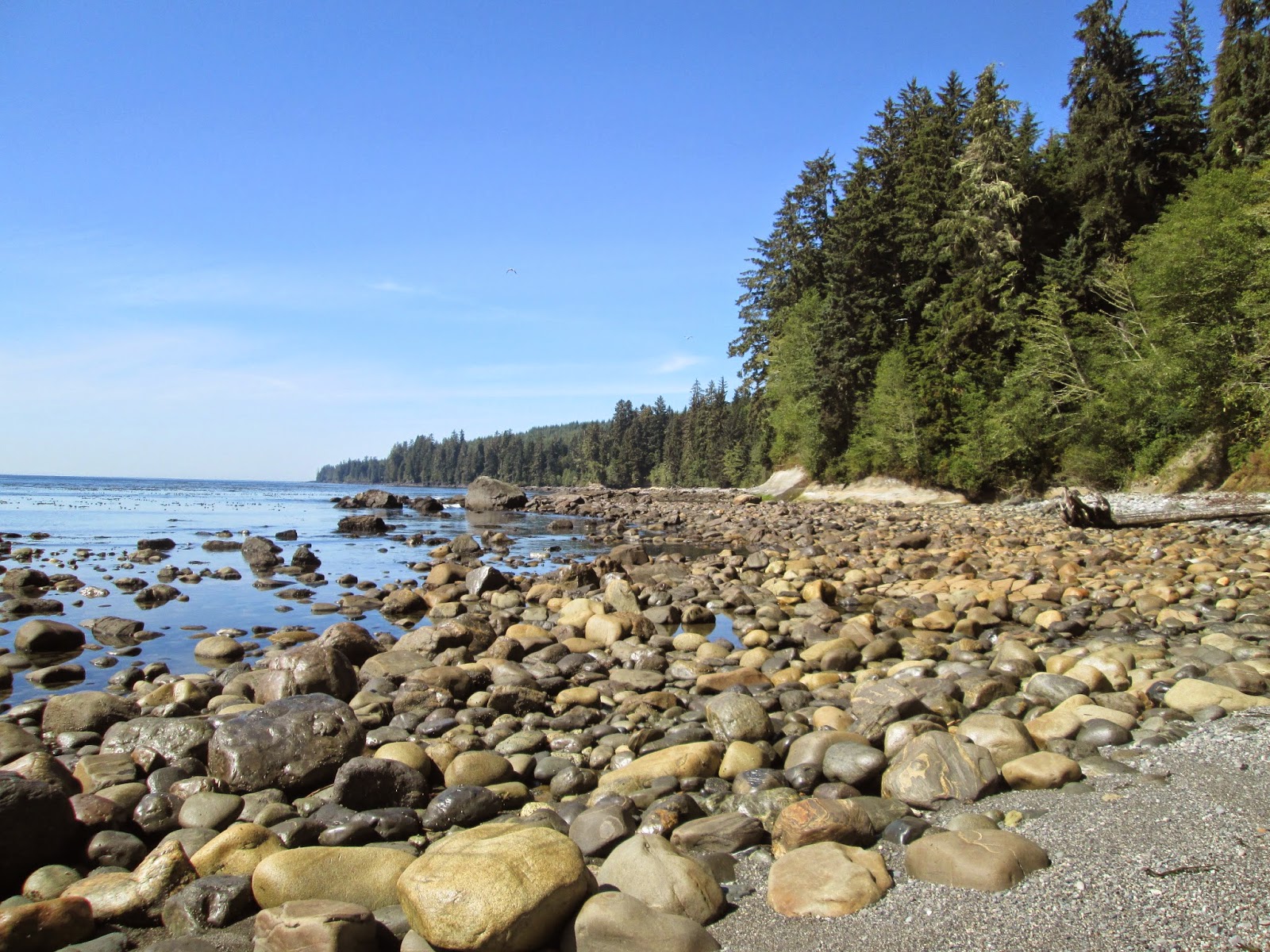 I was soon back on what the map described as "moderate" trail.  It certainly wasn't as endurance-testing as the chunk from Bear Beach to Sombrio Beach, but there were still lots of muddy sections to contend with.

I was a bit disappointed that I wouldn't hit another sizable beach until the end of the trail at Botanical Beach.  The trail stuck close to the ocean, so it didn't seem to leave my view for long, but aside from the occasional short jaunt on some rock shelves, I was basically in the woods the rest of the way. 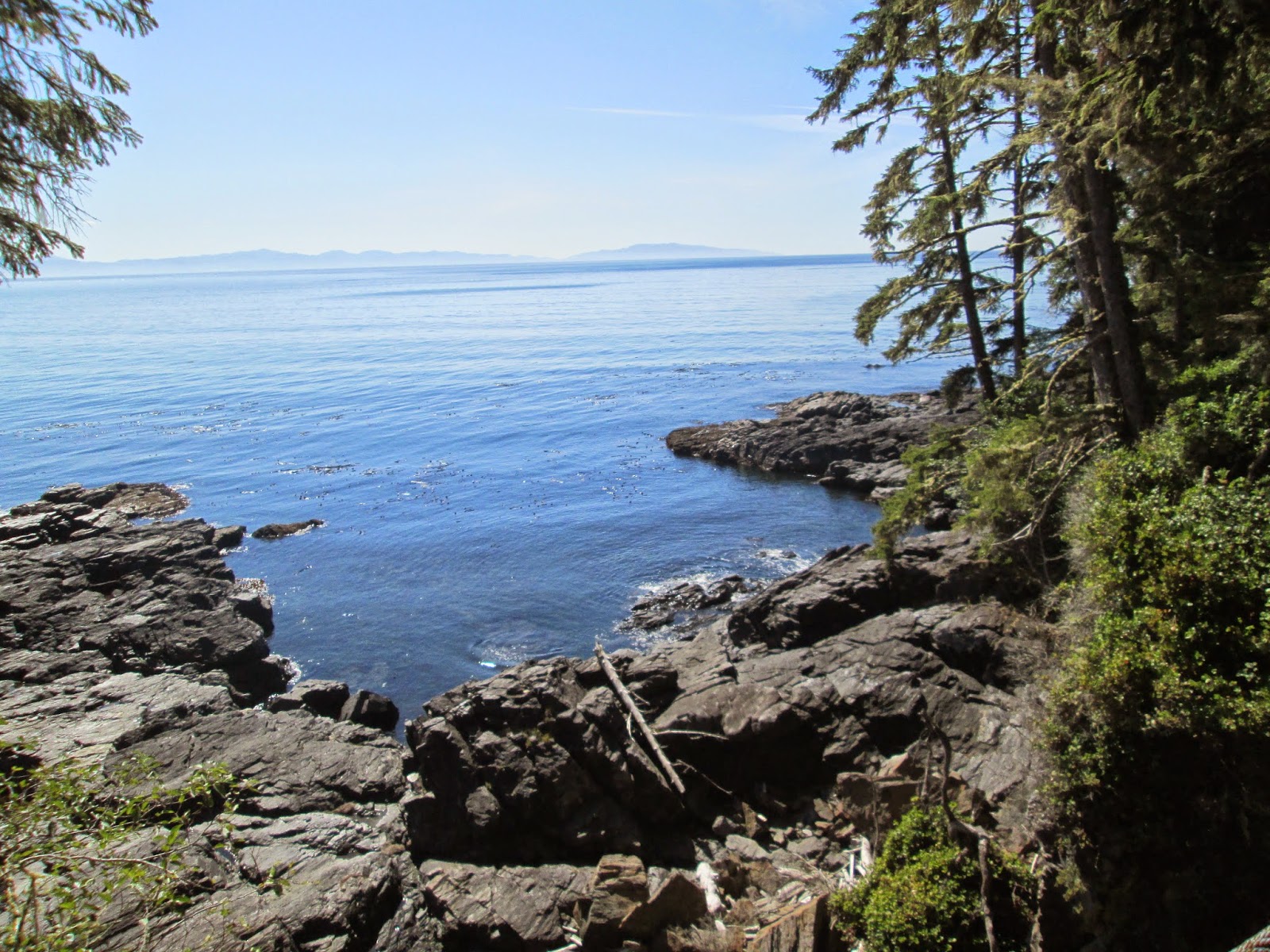 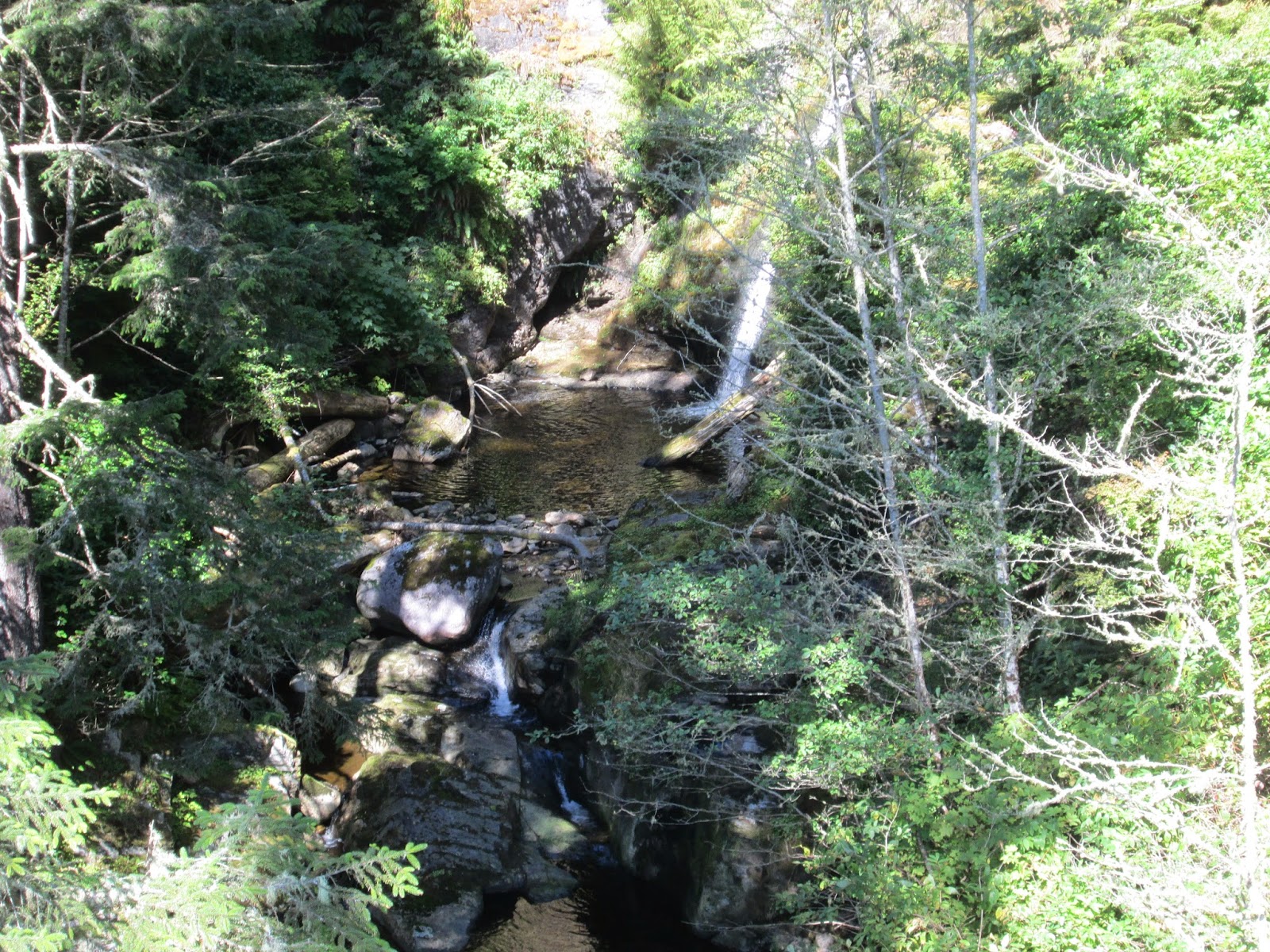 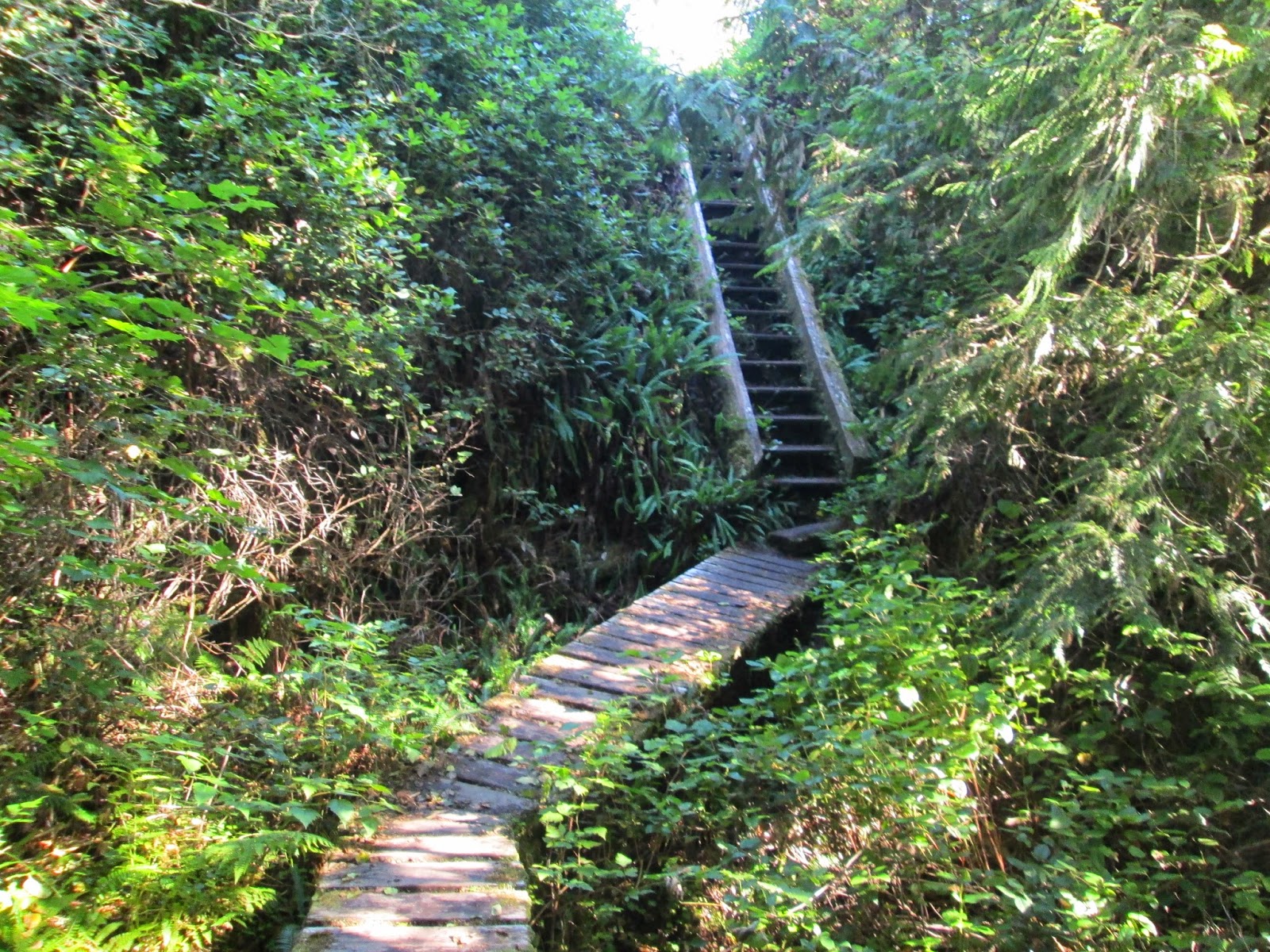 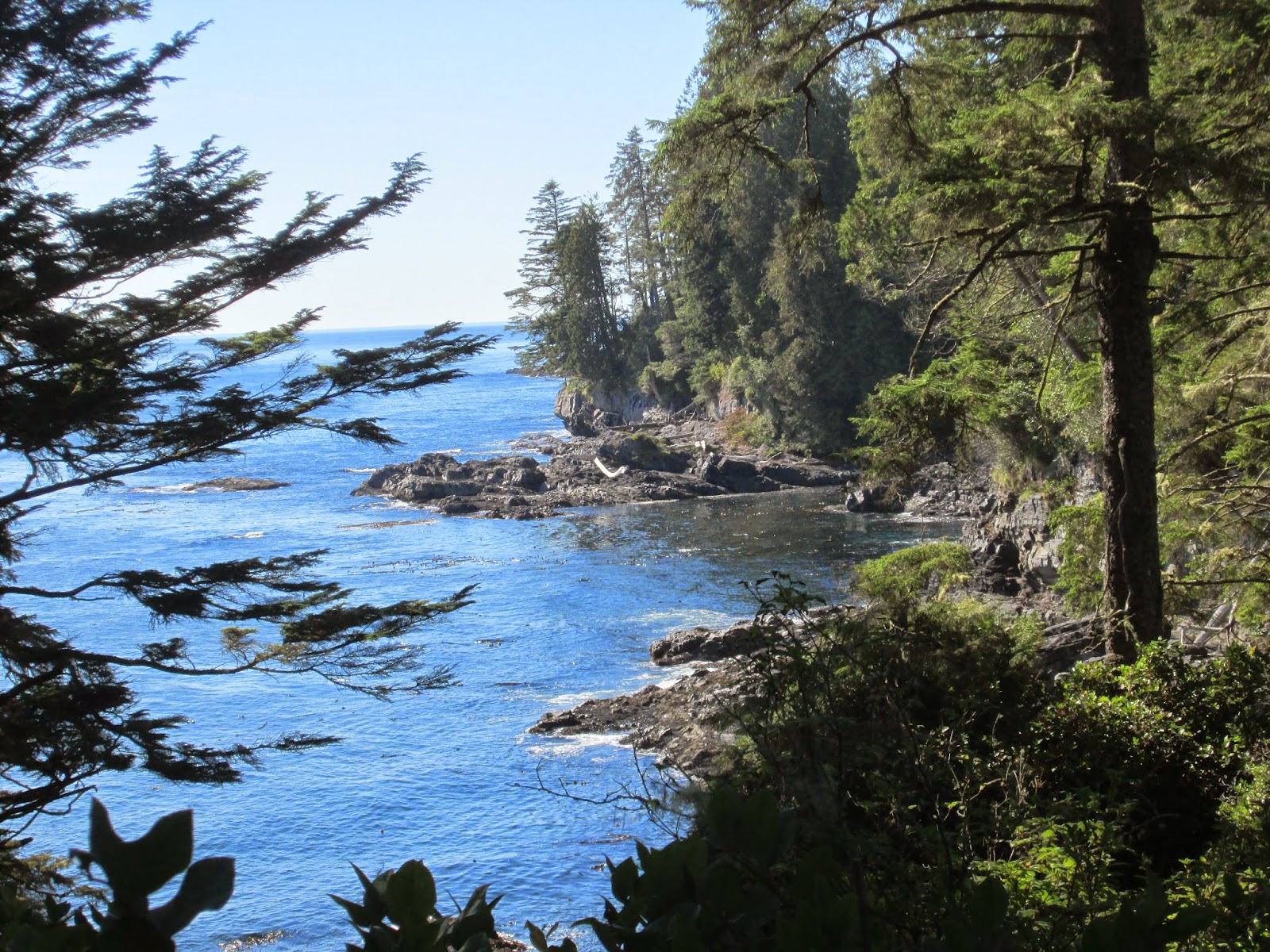 I passed the Parkinson Creek parking lot and ended up on an actual road for a short time.  I wondered very briefly if I had missed the trail and was on a private property, but the trail went into the trees pretty quickly.

I hiked through a very dense forest where it managed to block out enough sunlight that it felt like it was already dusk.  I'm not sure if this was the result of coniferous trees beginning to overtake a deciduous recovery forest, but whatever it was, it was an interesting effect. 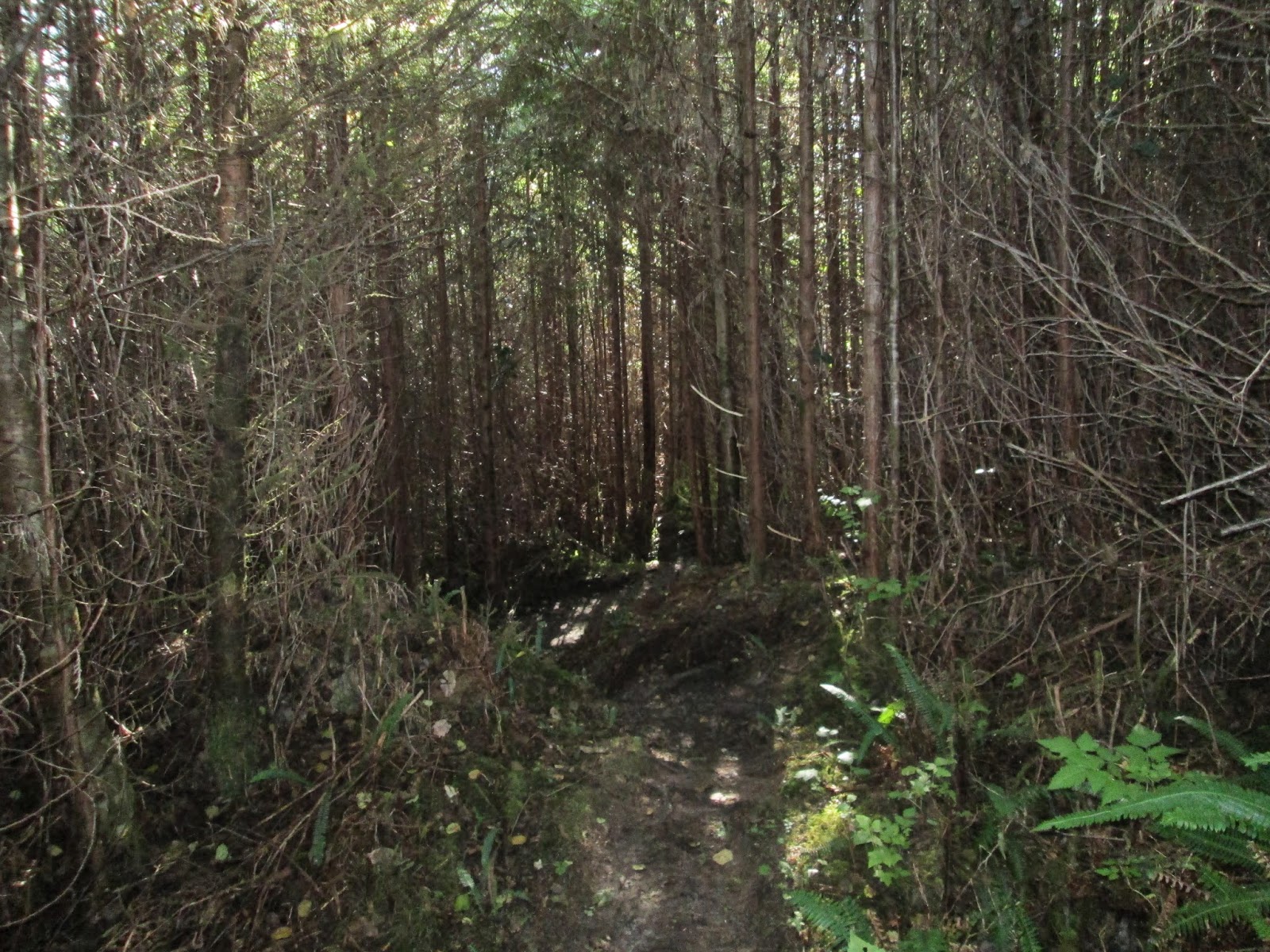 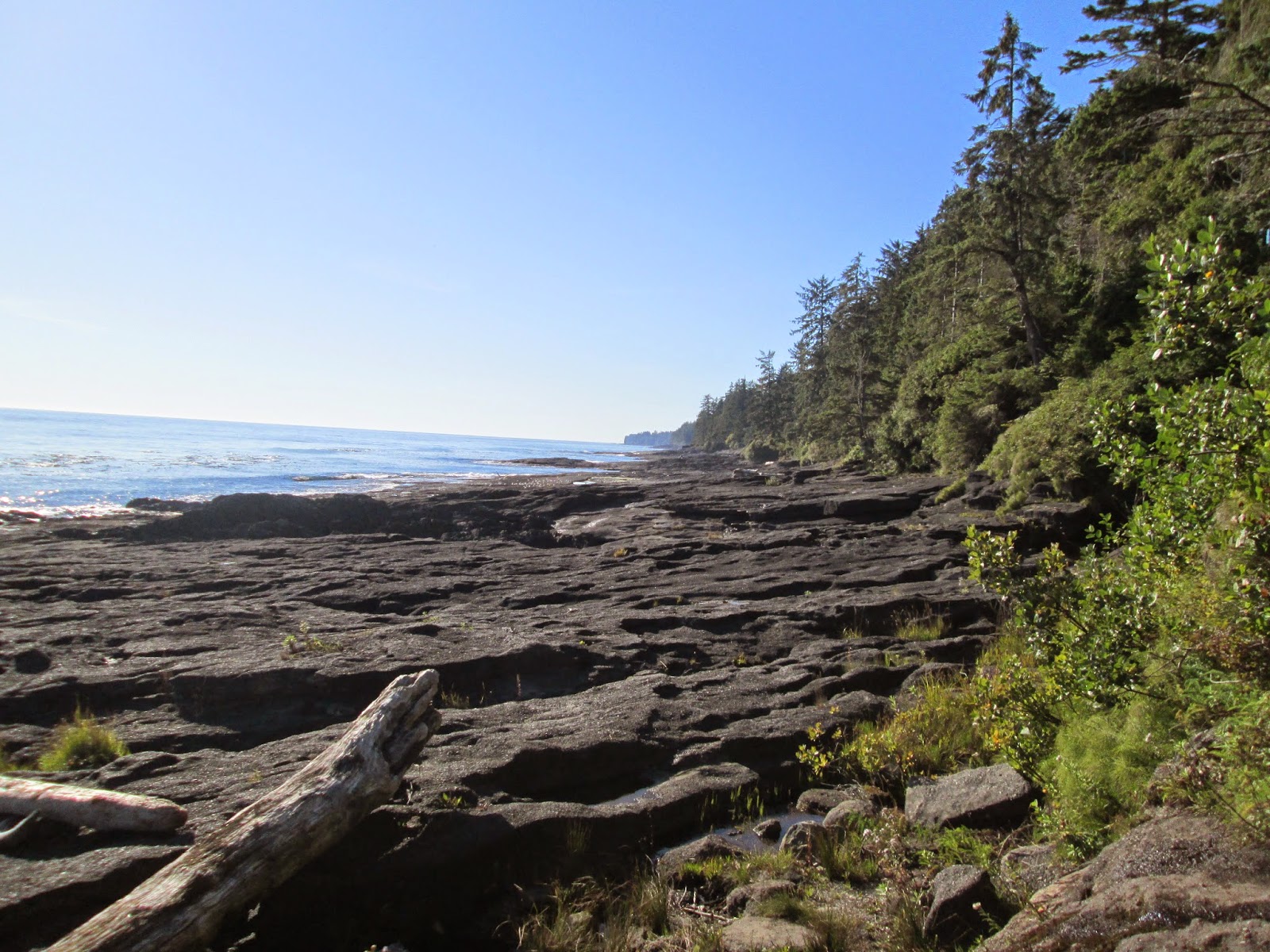 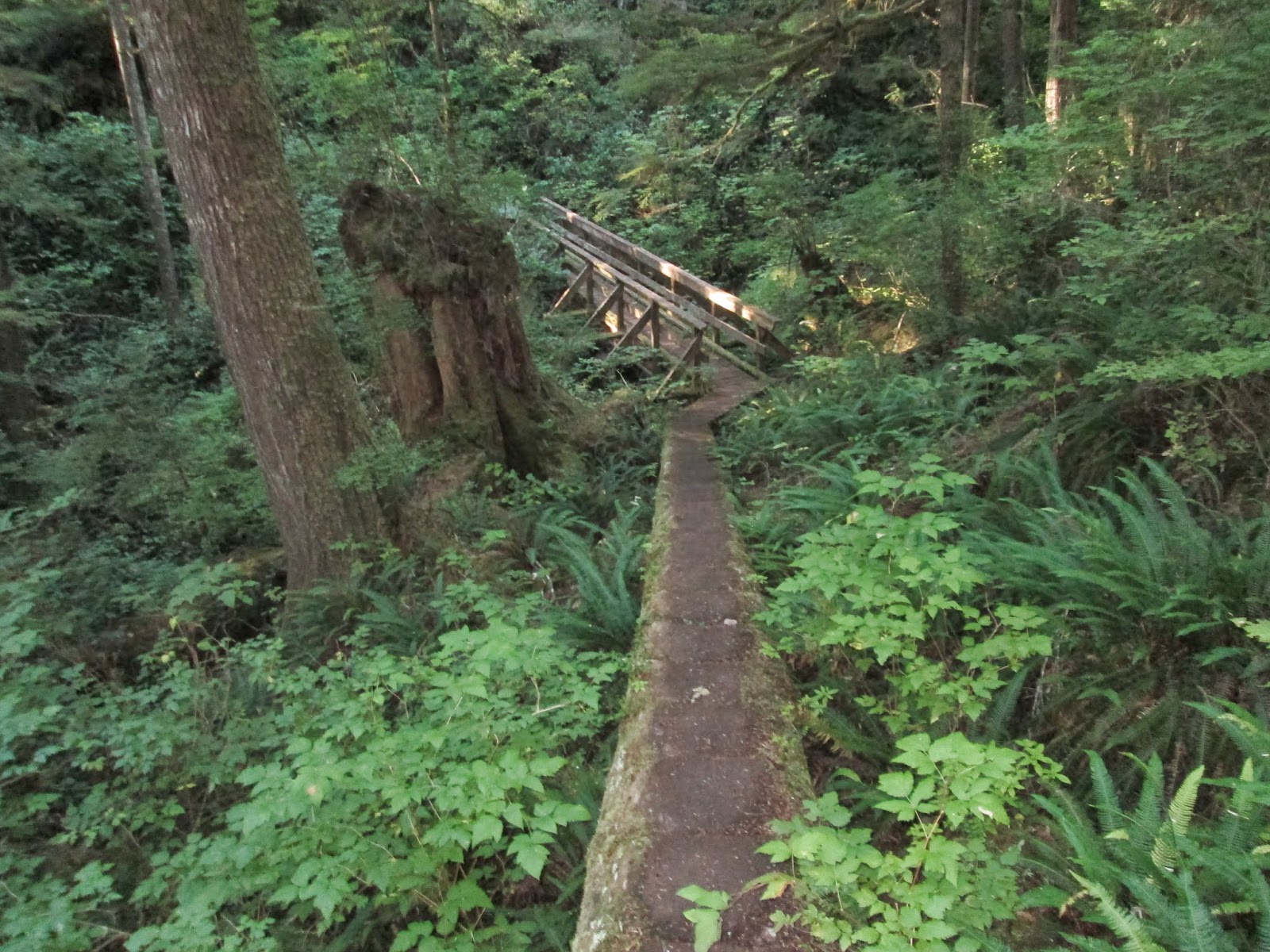 I arrived at the Payzant Creek campsite.  It was pretty spread out and there were more sites than I had expected.  I found a spot I liked and set up my tent for the last time on my big Vancouver Island excursion.  I ate my two burritos which, despite being a bit squished, were not cold in the middle like the ones I had eaten on day 1.

I fell asleep pretty easily, though there was a bit of rustling around my tent at one point that woke me up.  I had discovered that I tended to exaggerate noises outside in my mind.  On the NCT these sounds were usually a bird or a squirrel, so I assumed that it was nothing.  It wasn't like a cougar had walked right up to my tent or something... 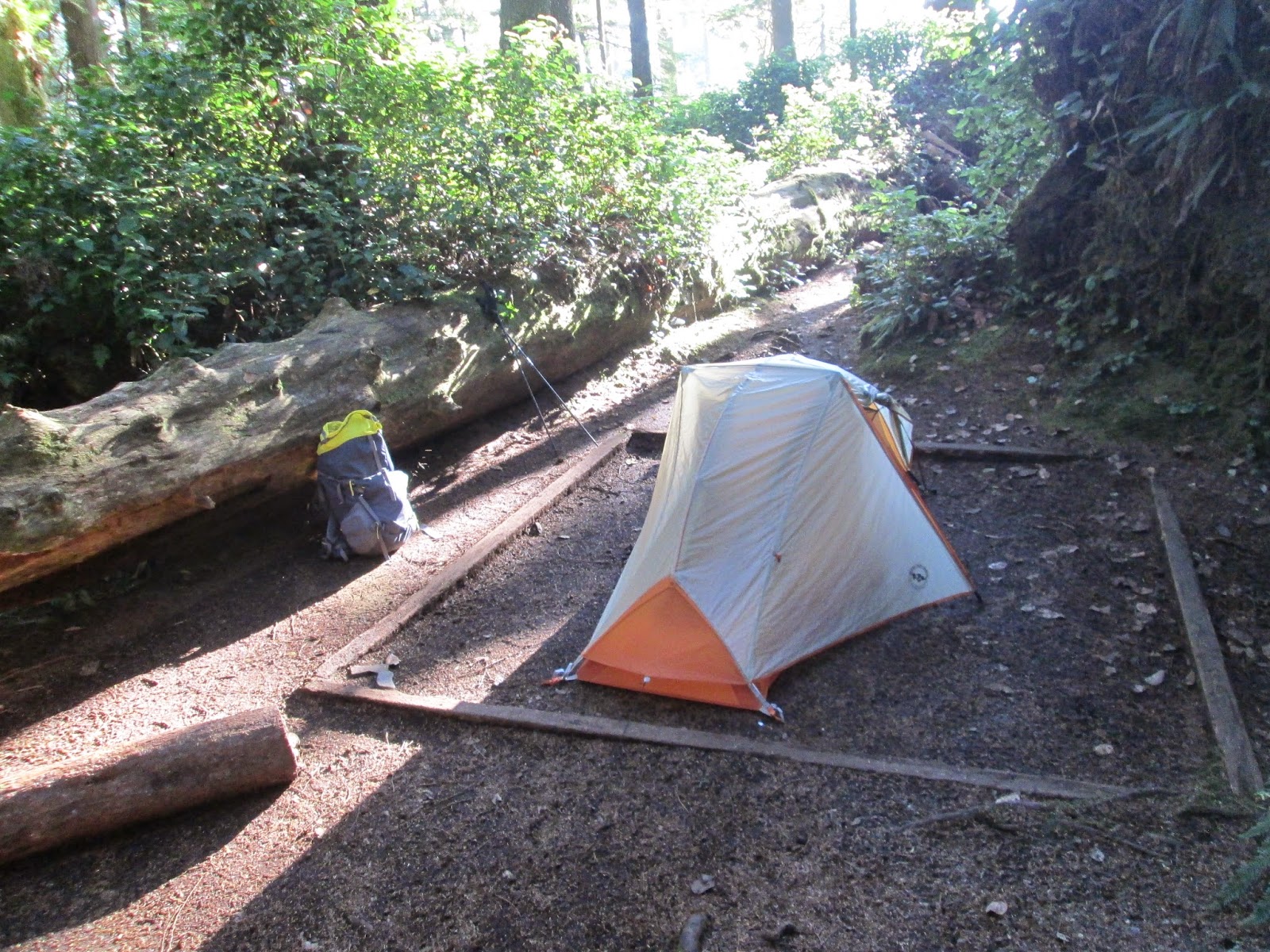