You can read about the first day of my trip here.

My original plan for day 2 had been to climb up Lakeview Mountain and then hike out of the park.  I felt physically able to do this, but the thing that ended up changing my plan was how tired I was.  Doing close to 30 km of hiking on absolutely no sleep had really taken a toll.  I woke up at 5 am, but I really didn't feel like getting up, so I slept in until 7.  I realized my original plan wouldn't work now, so I opted to hike the Diamond Trail around Scout Mountain, then hike out of the park.

I might have slept in a bit longer, but right around 7 I saw a couple of goats wandering through my campsite, and they seemed quite interested in my tent.  I heard that they could be a bit of a nuisance, so I decided not to give them a chance to try to get into my tent.

It took me a while to pack everything up, but I was starting around 8 or so, which is what I had been hoping for.

The trail from Lake of the Woods to Quiniscoe Lake was pretty easy.  I refilled my water at Quiniscoe and headed up the Lakeview Trail.

The turn off for the Diamond Trail that I wanted was only marked as the "Centennial Trail" and "Rim Trail", so I walked right past it the first time.  I got quite a ways further before I realized that was where I was supposed to go.  I'm guessing most people hike the Diamond Trail in the other direction, since the other trail head is properly signed.

The climb up was strenuous, but fortunately it wasn't too long.  It didn't take more then a few minutes before I was rewarded with some nice views of the park. 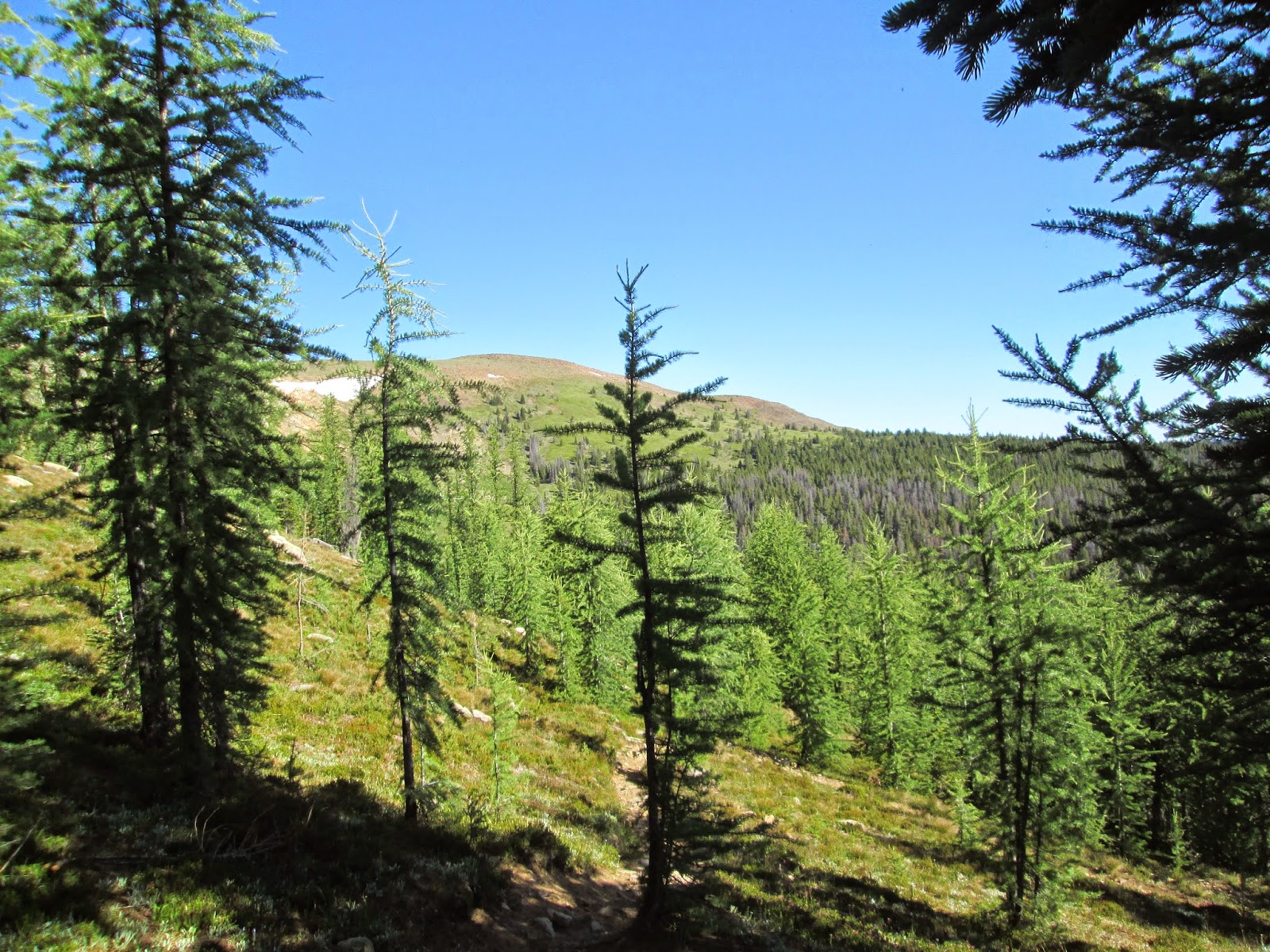 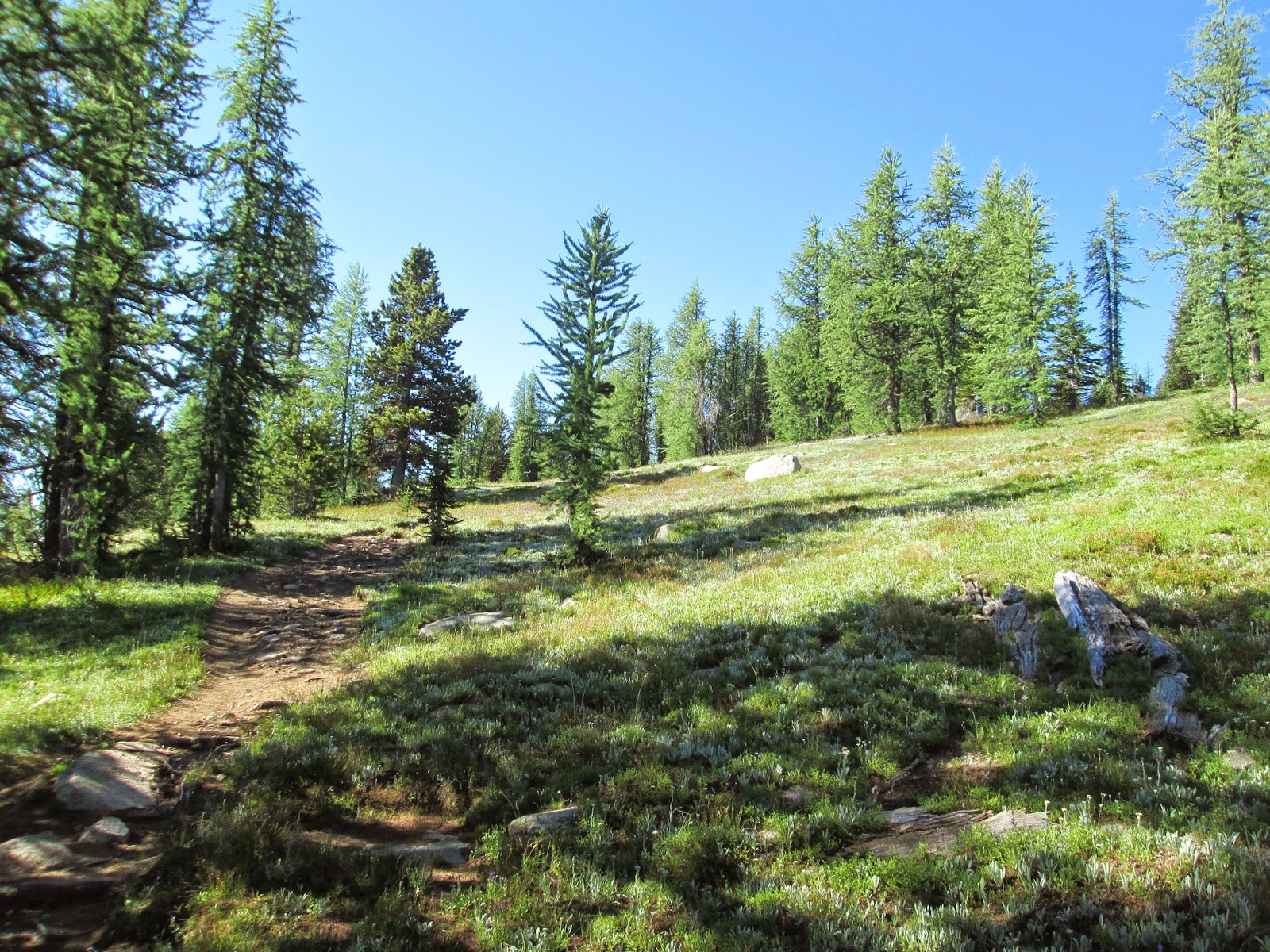 The trail leveled out on a bit of a plateau that went past Scout Mountain.  I got to where the Rim Trail branched off and continued on to where the trail descended again. 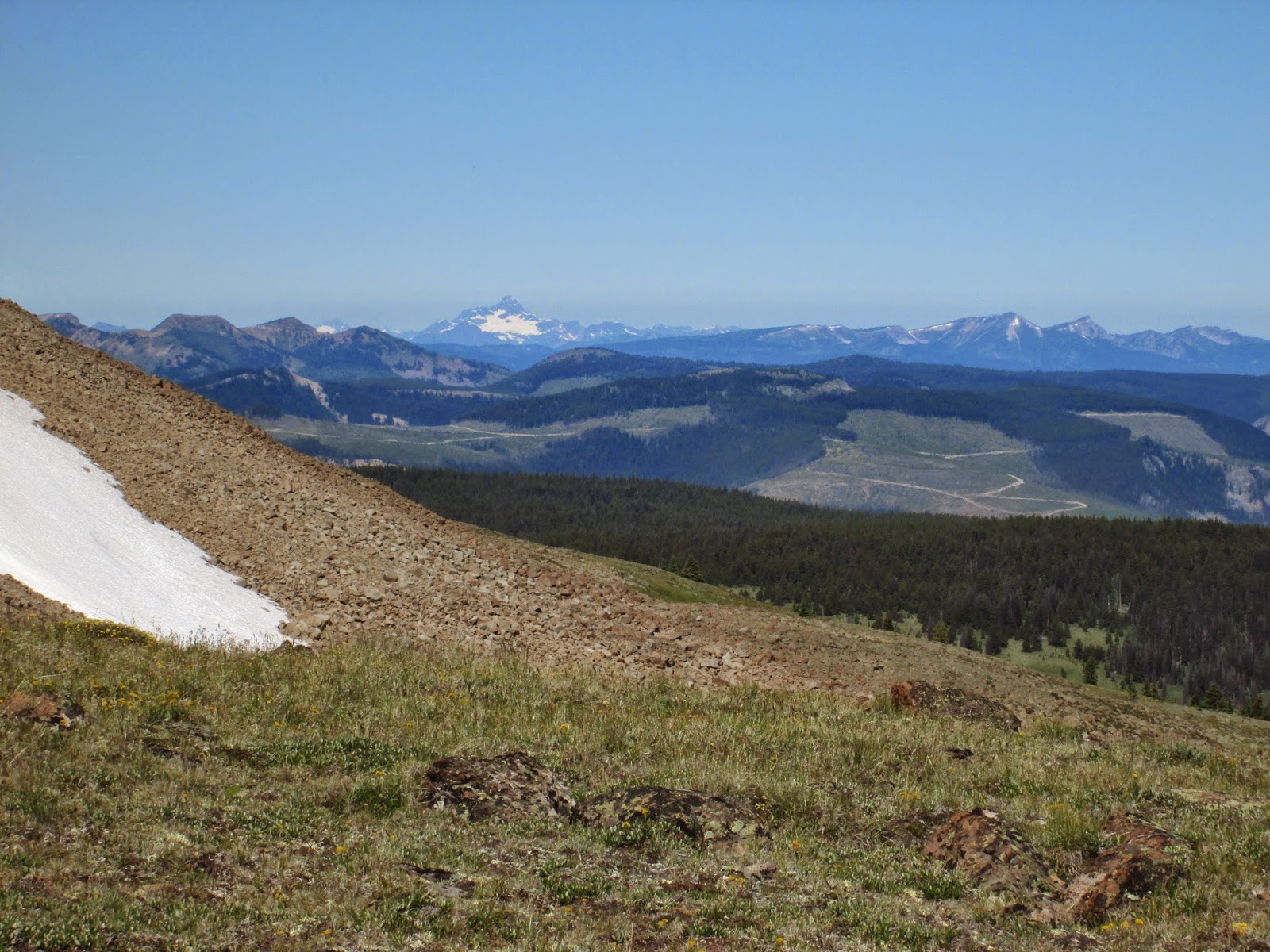 The trail did a short descent where the Centennial Trail split off.  It then worked its way along the backside of Scout Mountain.  There was one little field of rocks that I had to be careful going over, but otherwise the hike was relatively easy. 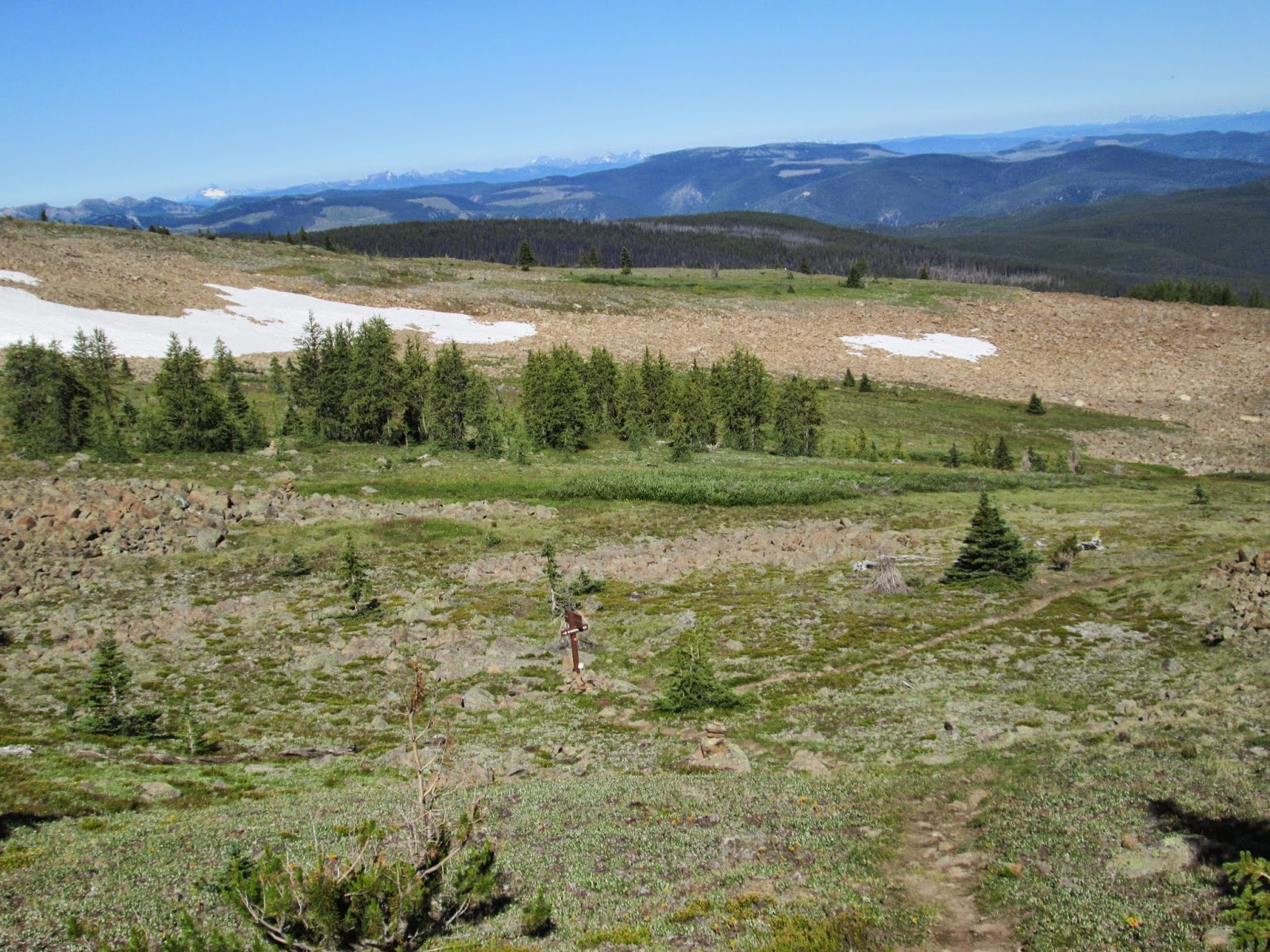 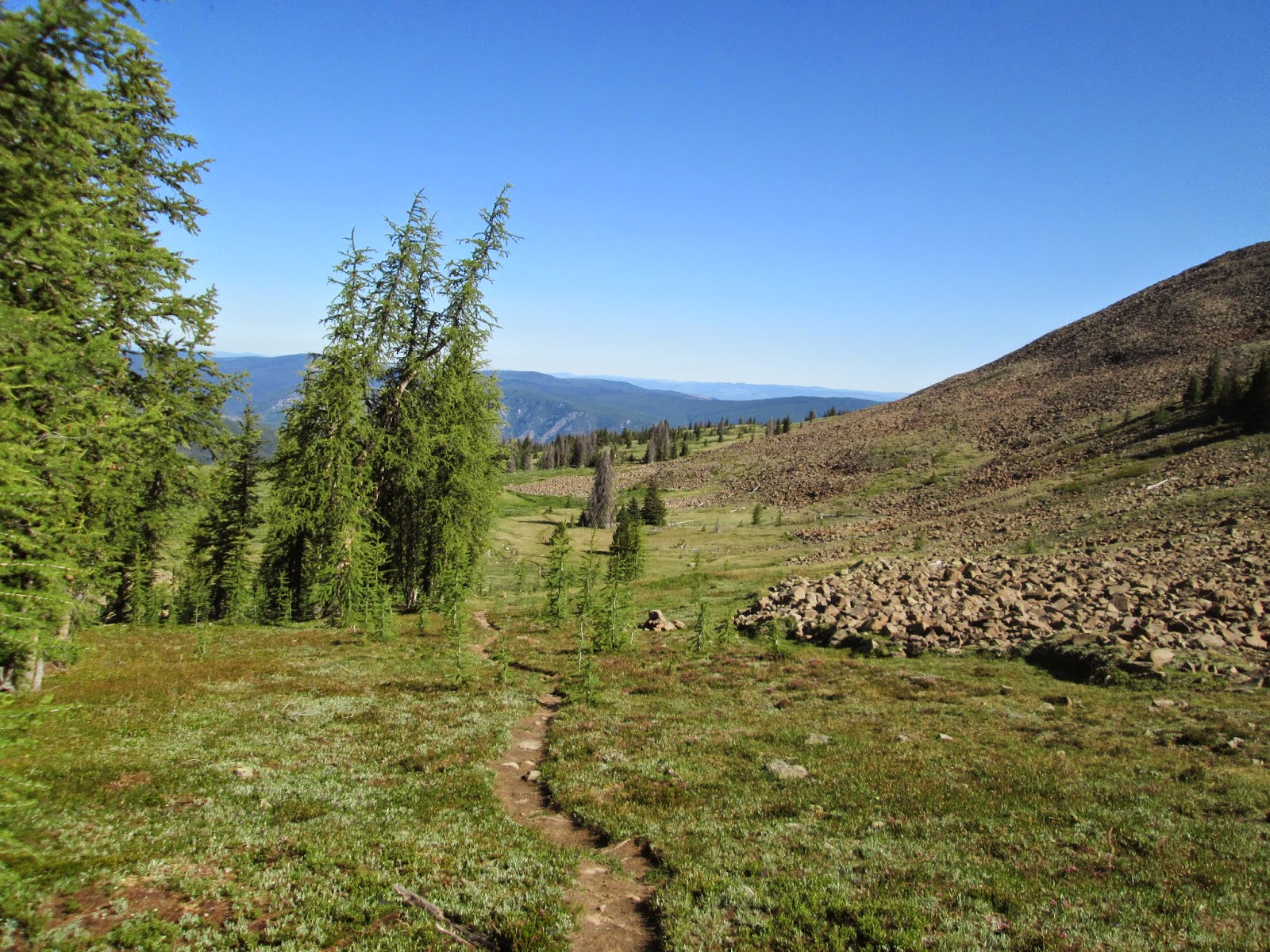 The trail began climbing up, around the other side of Scout Mountain.  In a meadow area, I half fell asleep on a bridge.  I didn't get jarred alert until more hikers showed up.  Clearly hiking on as little sleep as I had the day before had not been a particularly brilliant idea (then again, I'm not known for those).

I got back onto the Lakeview Trail, and after having a quick lunch, I headed down the trail.  The climb down, particularly from the clearing, was a lot steeper than I had remembered it being.  My knees got worn out quickly and it felt like I would never make it down.

I eventually finished the trail and got back to my Jeep.  It had taken me a touch over 4 hours to hike down it, but it actually felt harder on the way down than on the way up.

I enjoyed my first experience in Cathedral Park.  I wish I would have had more time so that I could have properly explored the area, but I'm glad that I found the time to go this year.  It is definitely an area I will return to in the future.

I don't actually regret hiking into the park and will probably do it again next time, though I think I'll try one of the other trails into the park.  I heard a lot of good things about the trail from Wall Creek.

I returned to Princeton exhausted, but my traditional post-hike milkshake made me feel better.

You can find more information about Cathedral Provincial Park here.
Posted by Clueless Hiker at 14:08