Earlier this summer I did the Monument 83 hike in Manning Park.  I didn't know too much about it, aside from the fact that it was going to be 16 km each way, so it was probably best suited to an overnight trip.  Not really having the time to spend the night, I decided to suck it up and do the whole thing in one day, which meant hiking 32 km.  That wouldn't quite be the most kilometers I had hiked in a day, but it would still be tough and would be a good test of my current fitness levels.

I was a bit concerned about running into snow.  It was early June when I did the hike, but a few weeks ago I had been in the park to hike to Poland Lake and found about three feet of snow in places.  I knew I would run into snow, I was just hoping it would be a ways into the trail.

The first bit of the trail went through a flat chunk of woods, crossing the Similkameen and Chuwanten Rivers. 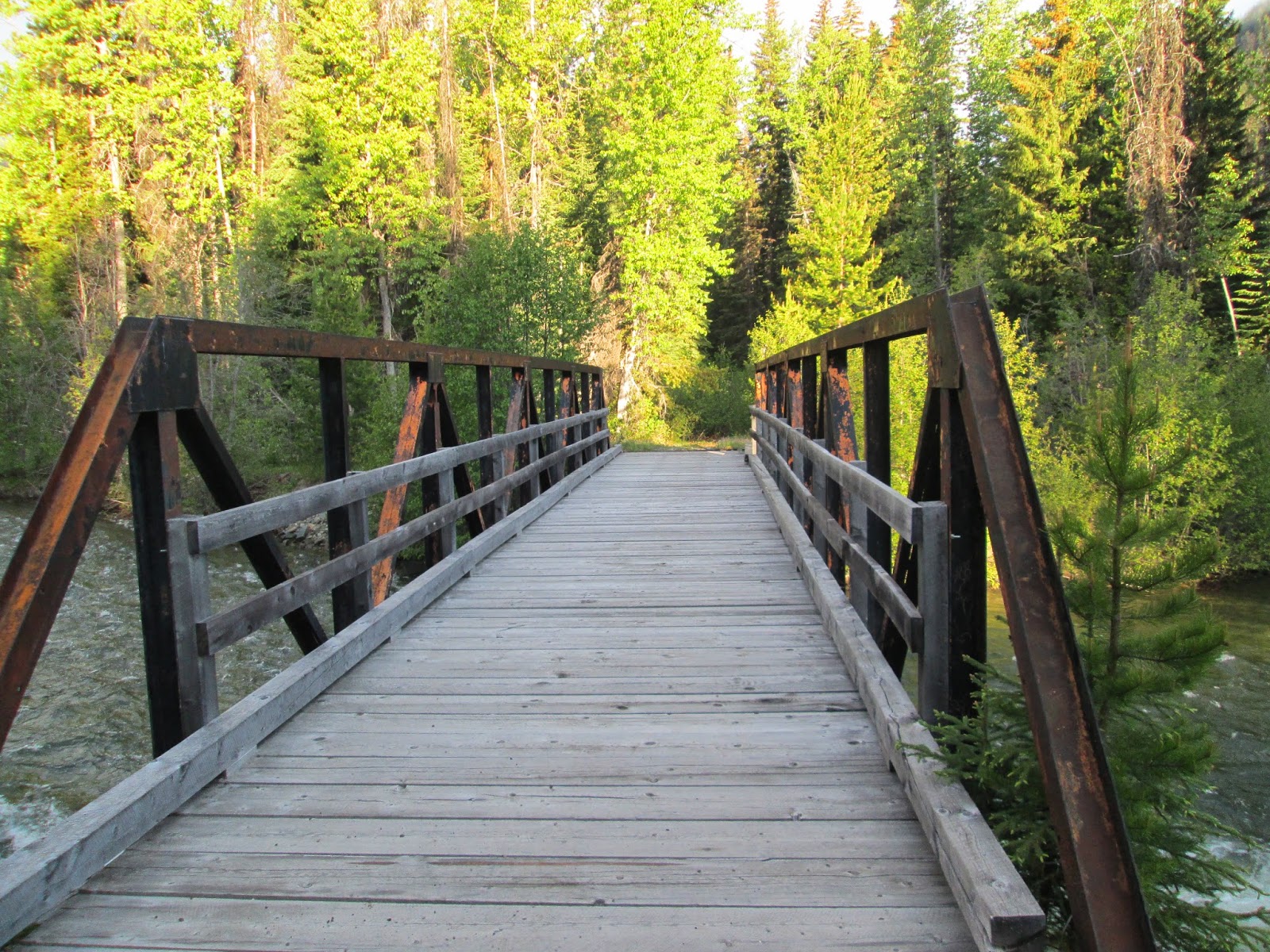 The trail was fairly wide, clearly an old road.  I could tell that it was more of a horseback riding or mountain biking trail than a hiking one.  Still, I wanted to try hiking in an area of Manning Park that I had not tried before.

After crossing a few bridges, the trail began climbing through a pine beetle infested forest.  This area was a little sad to be in.  It was reminiscent of hiking through chunks of the park that had suffered forest fires. 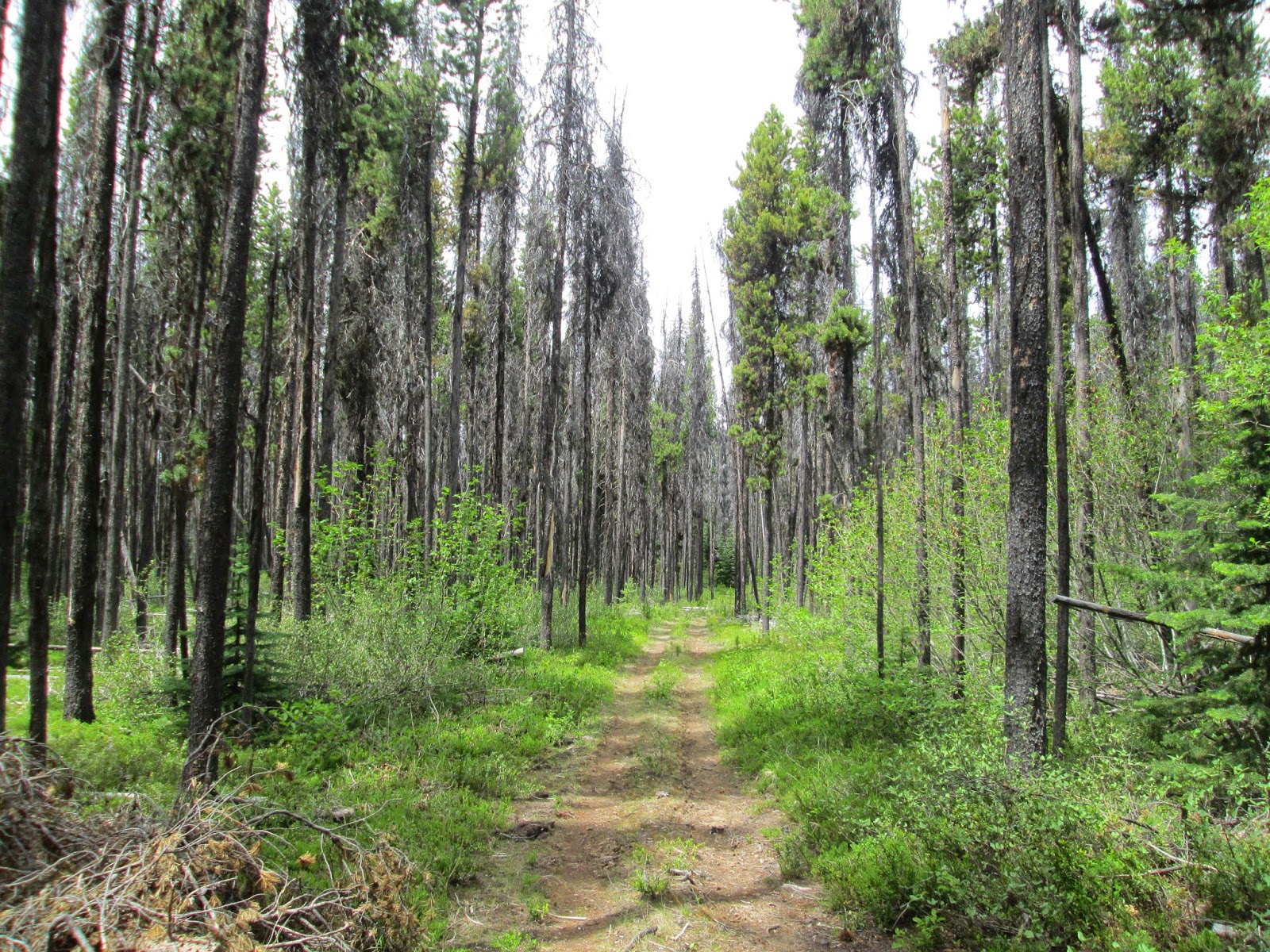 The trail continued climbing steadily.  It occurred to me that while this would be a fun trail to bike down, I would not ever want to bike up it.  It wasn't so much that is was steep as it was really, really long.

As I was hiking fairly early in the season, I encountered numerous windfalls.  This was more of an issue in the first few kilometers, though I would run into them throughout the whole day.  I definitely got more than a frustrating amount of tree sap on my nice new hiking clothing.

I also ran into what appeared to be a landslide that had sent a chunk of trail down the bank.  The footing was really loose and the ground seemed very unstable, so it was a little scary to cross, but it wasn't like it was next to a big drop off or something. 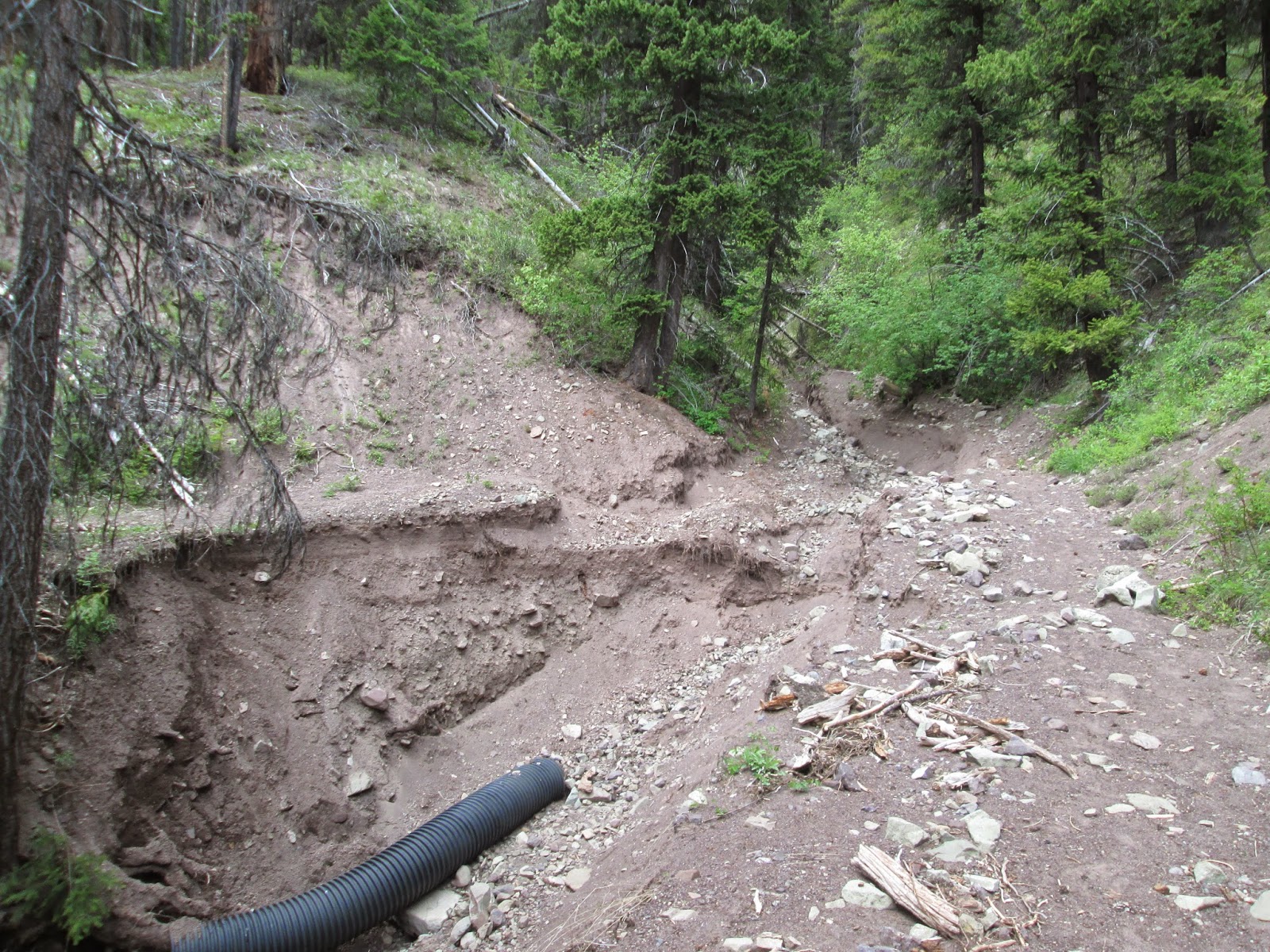 A little while later I encountered a bridge washout.  I saw the bridge down stream before I got to where the crossing was, so I knew in advance that I was probably a little screwed.  The water wasn't necessarily as high as it could have been, but it still went past my knees in places.  I made a make shift crossing by moving a couple of small rocks into the river, though all that really accomplished was making it go from knee deep to shin deep.  Not being a particularly bright person in the morning (or at any time of day), I neglected to remove my hiking boots before crossing, so I got to hike in wet boots for the next few hours.  It is embarrassing to admit it, but I also forgot to take them off on the way back down.  I don't think I will be applying for MENSA any time soon. 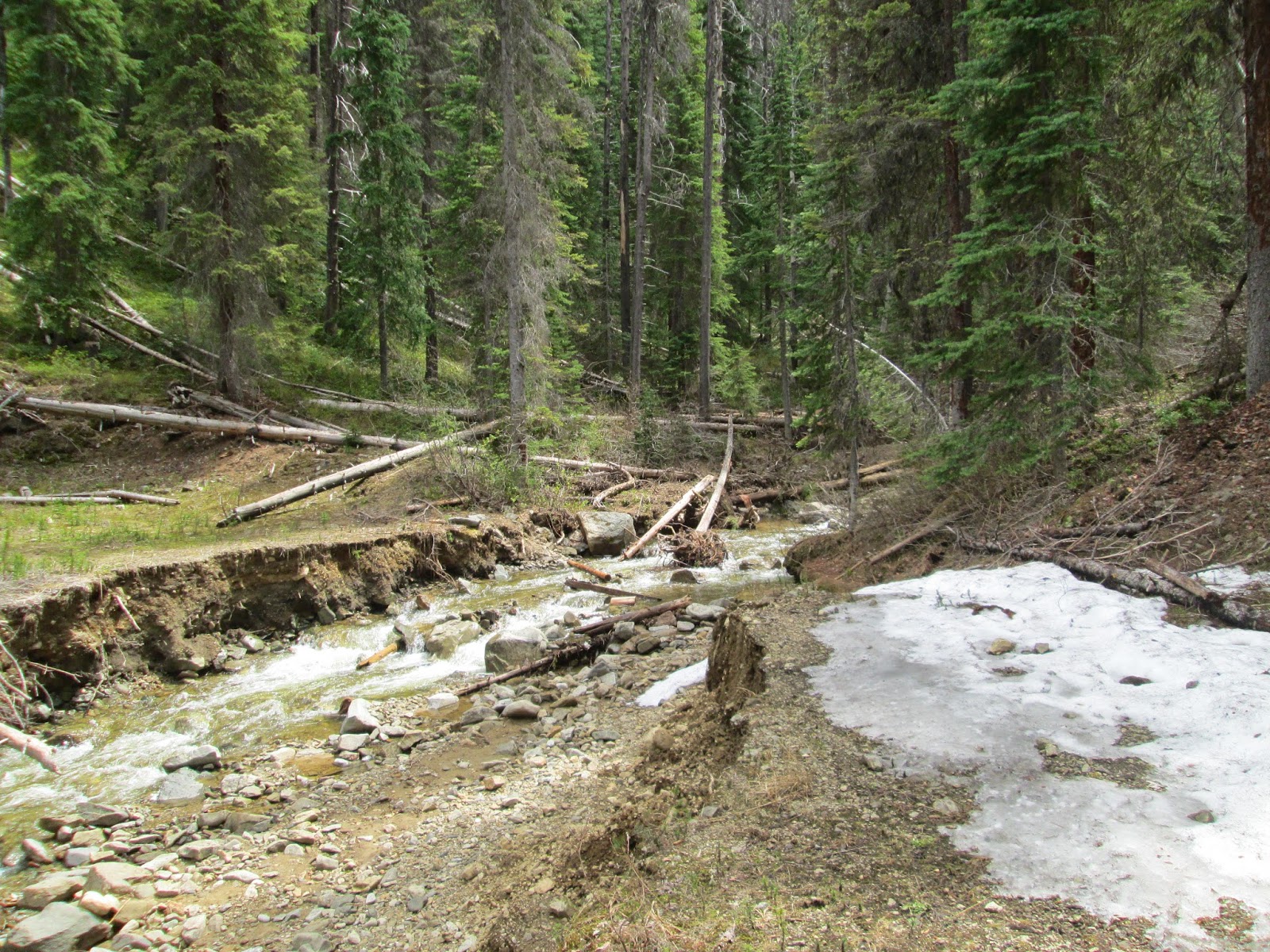 After the washout I began encountering patches of snow.  It wasn't too bad for most of the way, but once I got to the last two or three kilometers it was solid snow.  This was kind of unfortunate, as I hit these kilometers just as my boots were drying.

On the last kilometer, where the trail more or less went straight up a series of plateaus, I probably would have been a little lost if I wouldn't have had someone else's tracks to follow.  Based on what looked like evidence of postholing, I can conclude that someone else hiked this trail early in the year, without snowshoes (which would have been pretty handy).  I wondered how much snow they would have encountered.  A week or two can make a huge difference for snow levels in Manning Park.  I had visions of trudging up the whole 16 kilometers in deep snow, without snowshoes. 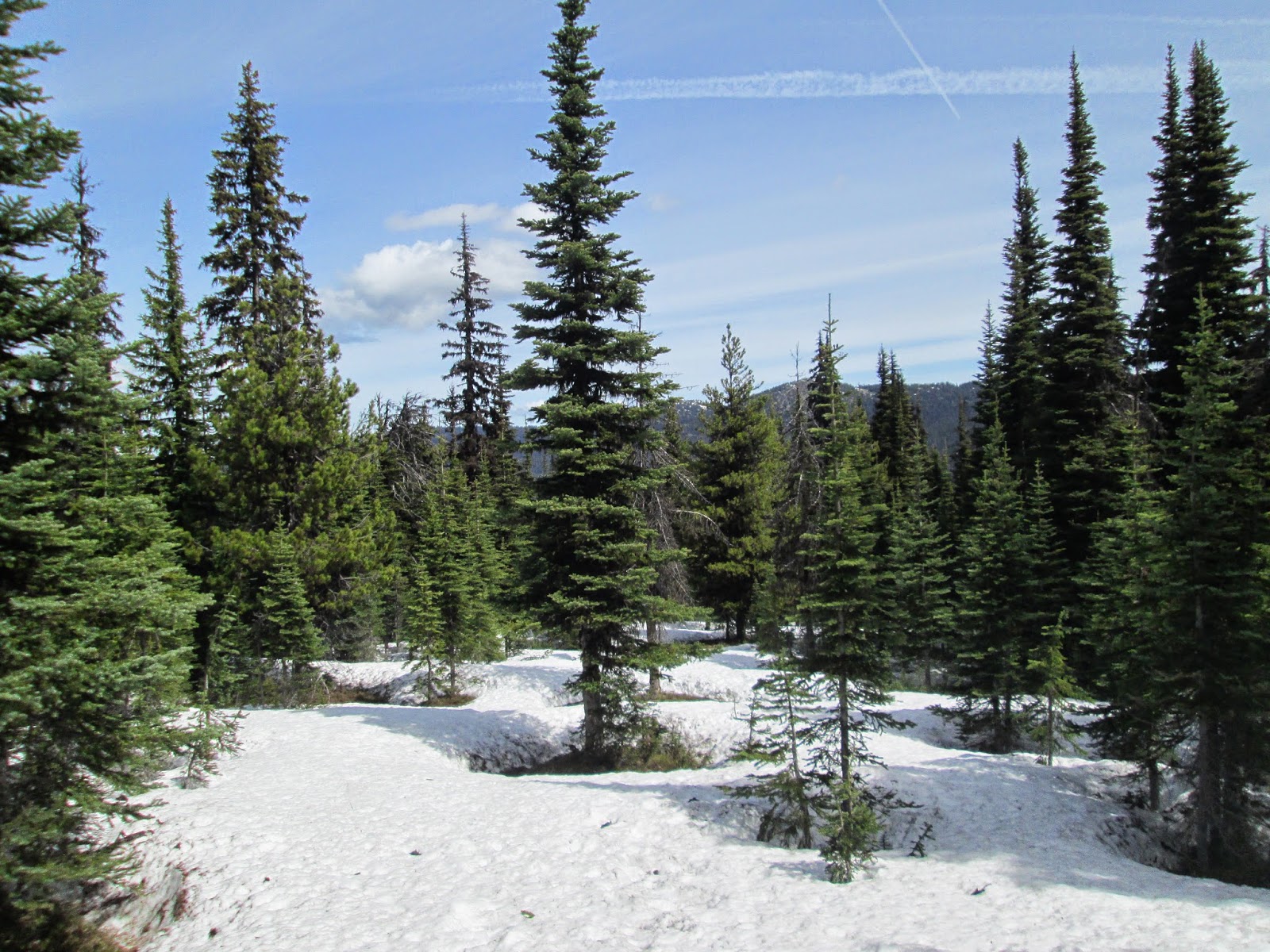 Just before the summit I ran across what looked like a weather station.  After the station the trail more or less leveled out. 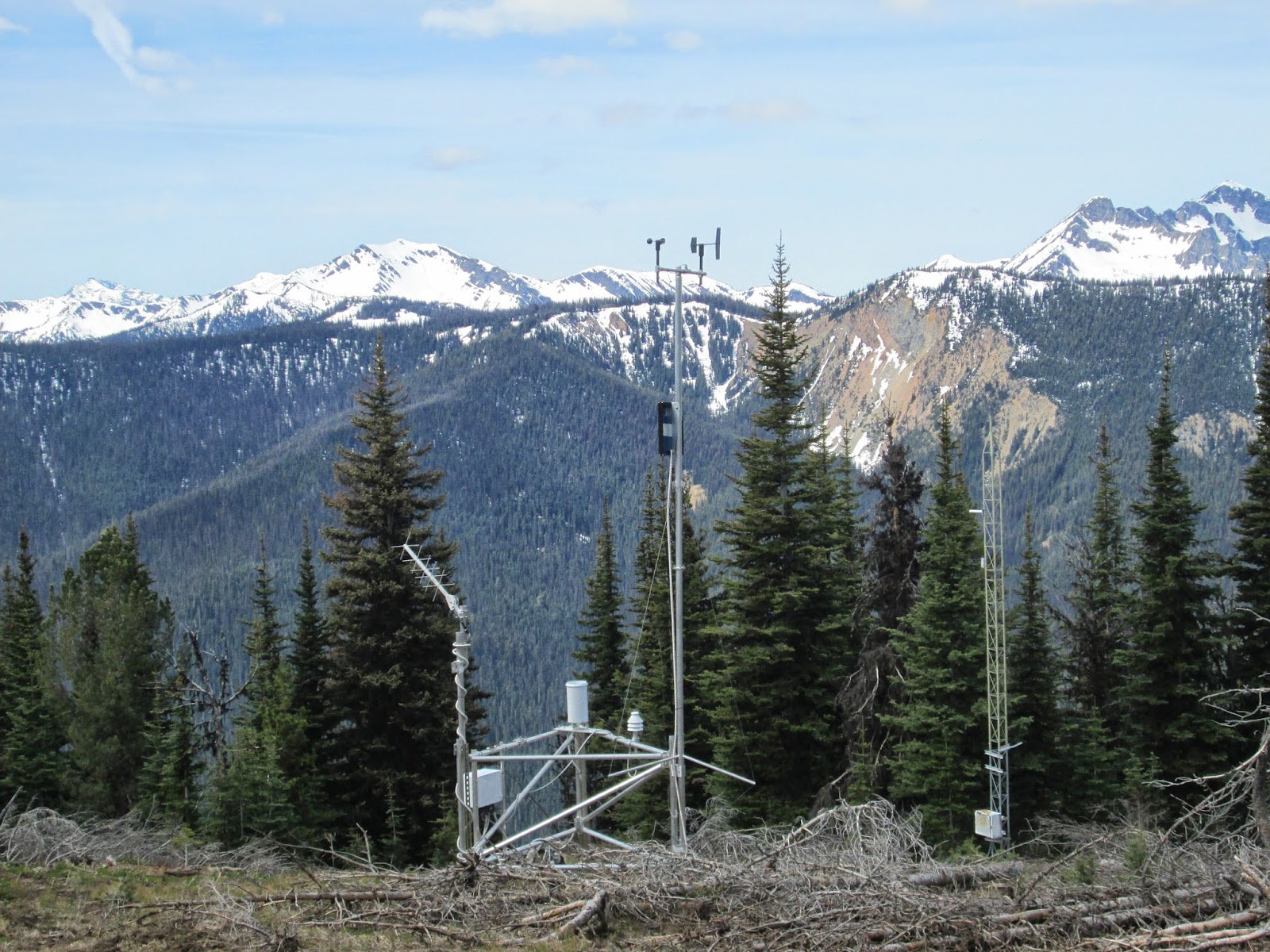 From the top of the summit there was a pretty decent view.  Being located on the Canada/USA border, the border cut line could be seen.  There was also an old fire lookout station from the 1920s on the Canadian side, and a more recent fire lookout on the American side. 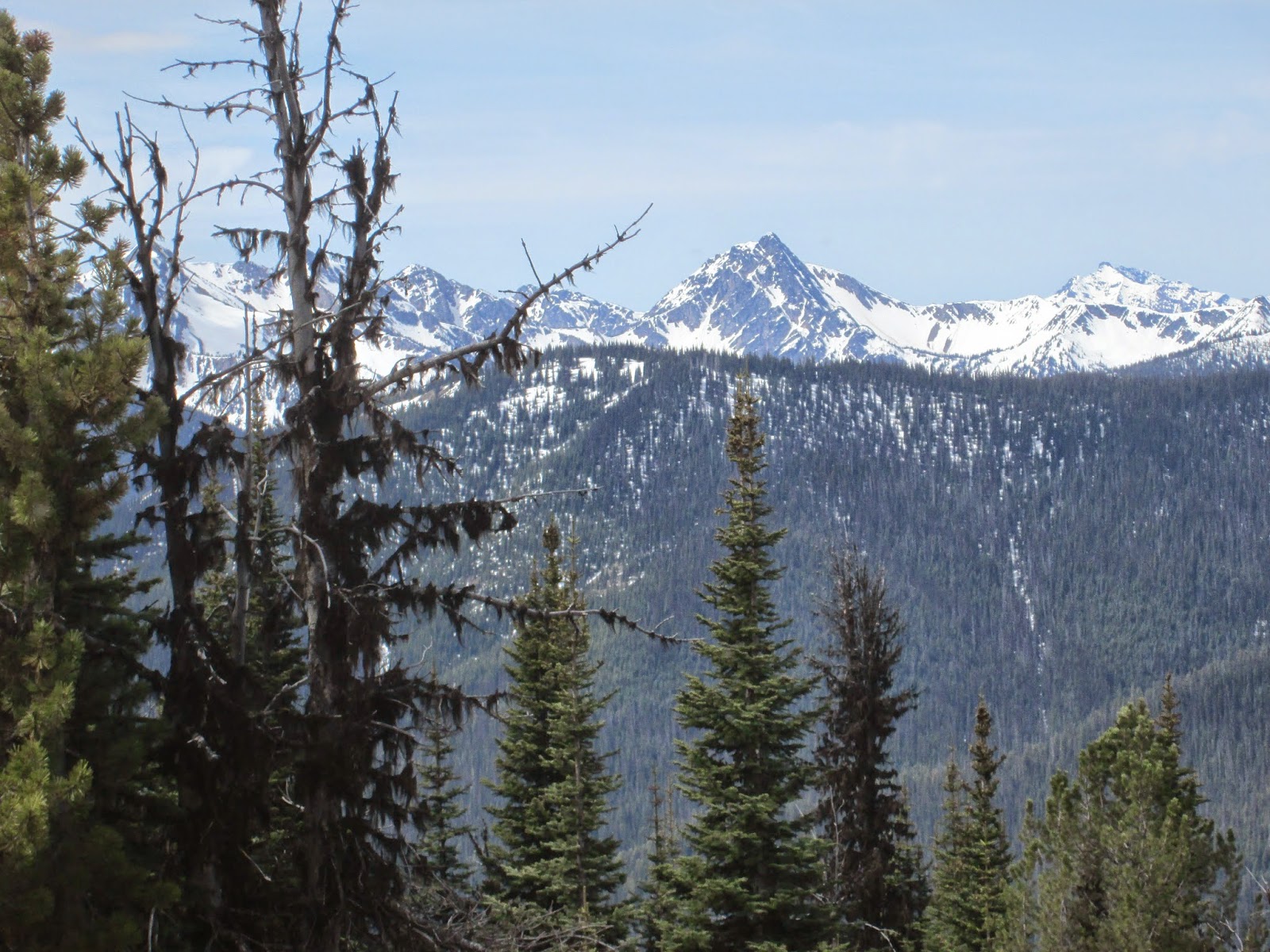 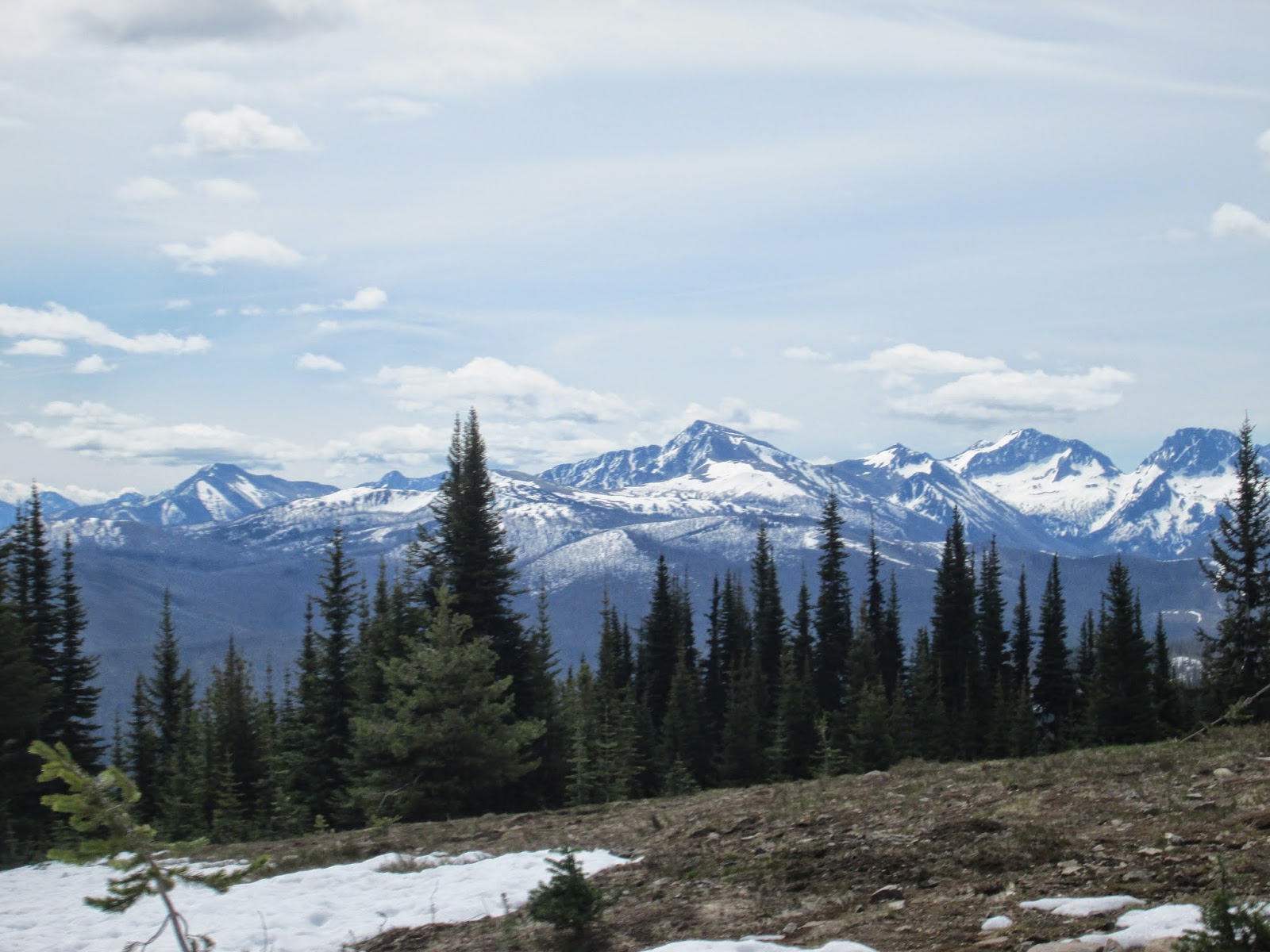 Another interesting little tidbit on the summit was a grave for Pasayten Pete.  The grave literally said "Pasayten Pete, shot by L.E. Lael, 26.8.61".  I love how the grave gets right to the point.  I hope mine is like that.  It will probably read "Clueless Hiker, eaten by grizzly bear, 24.8.14". Hiking 32 kilometers in a day was pretty taxing, but I was glad I did the hike.  While there weren't really any views on the way up, and the trail was an old road, removing the illusion of being in the wild, the hike was still fun.  It probably isn't one of the most spectacular hikes in the park, but it's worth doing at least once. 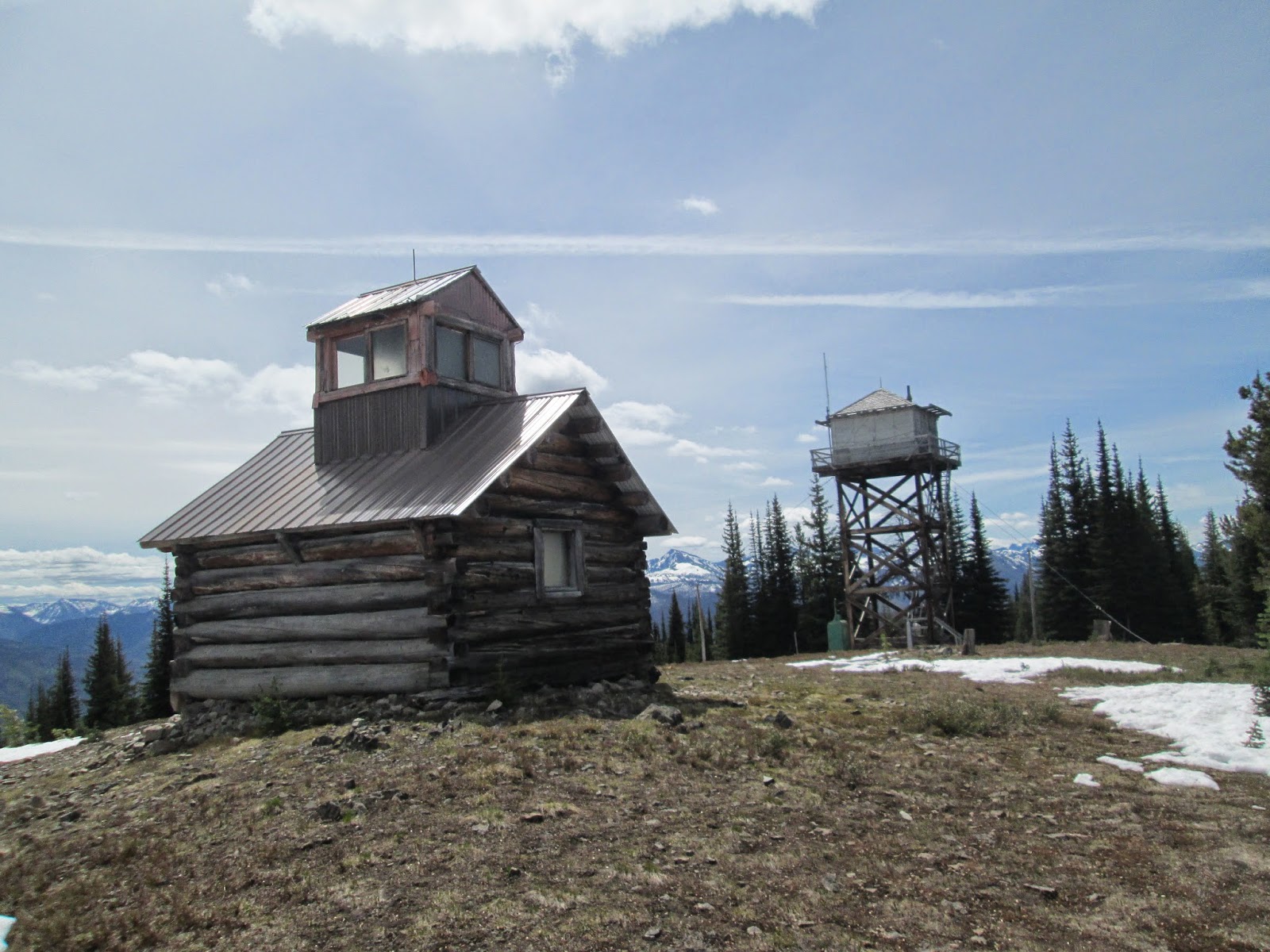