Greetings imaginary followers!  It has been quite some time since my last post, but I wanted to post an update of my summer activities before I get buried with schoolwork, otherwise this blog shall lay dormant forever (or at least for a few months).

A couple of the trips that I touch on in this post I'll likely do full updates for later, but for now this will serve as a brief recap of my summer so that my readers (.... yeah I know) will be happy.

The first substantial trip I took after returning from the states was a bike trip from Tulameen to Brookmere, and then from Brookmere to Princeton.  I'll do a separate post for this later since I took quite a few pictures.  Given that I hadn't done to much since my injury, I was quite happy that my knee managed to survive a 100 km bike trip.

The first actual hike I did after getting back was the Lightning Lake Chain Trail.  I like to use it as my first hike each year since it isn't too difficult and eases me into shape a little bit.  I was pretty surprised that I managed to do the trail in just under 4 hours, which is easily the fastest I've ever done it. 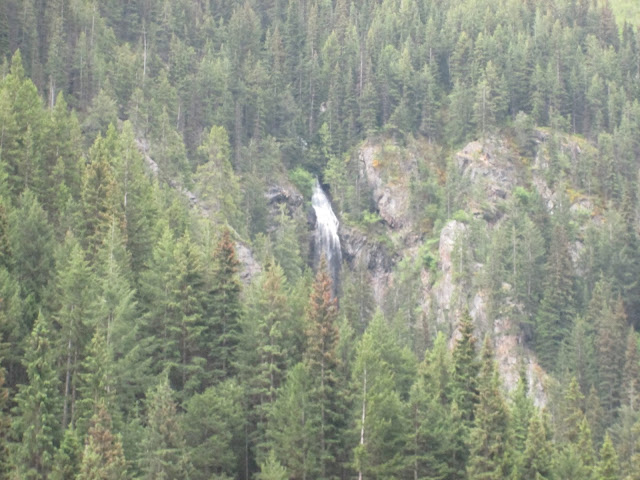 A few weeks later I went up to Manning Park again with the intention of climbing up the ski hill.  On my way up I did the Beaver Pond Trail, the Rein Orchid Trail, and the Canyon Nature Trail.  All of those are short hikes (30 minutes or less), but I had a lot of time to kill and had never been on any of them.  Beaver Pond and Rein Orchid were pretty pleasant nature trails.  The Canyon Trail was way nicer than I expected it to be, and I'd say it's probably one of the nicest short hikes in the park. 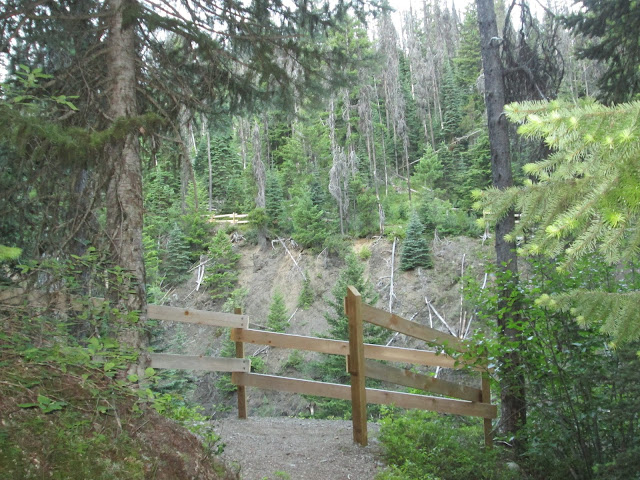 After doing the three short hikes I took the Poland Lake Trail to the top of the ski hill.  I had much better weather than the last time I did it, and I had a little bit more time to spend on top of the hill.  I decided to venture into the operator's cabin since I'd never been in it, and I terrified a very neurotic squirrel who apparently had made it his summer condo. 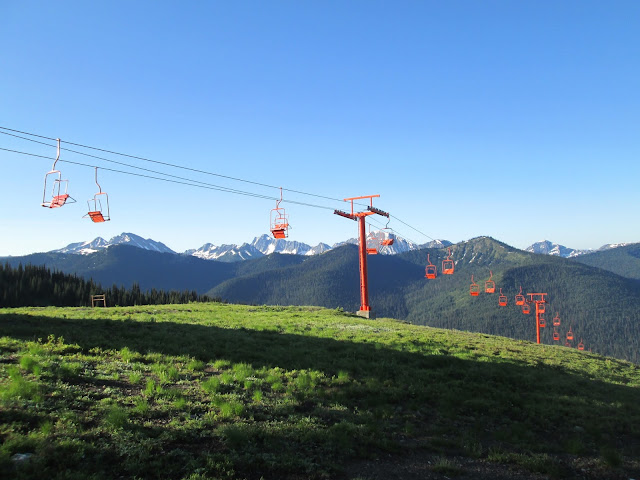 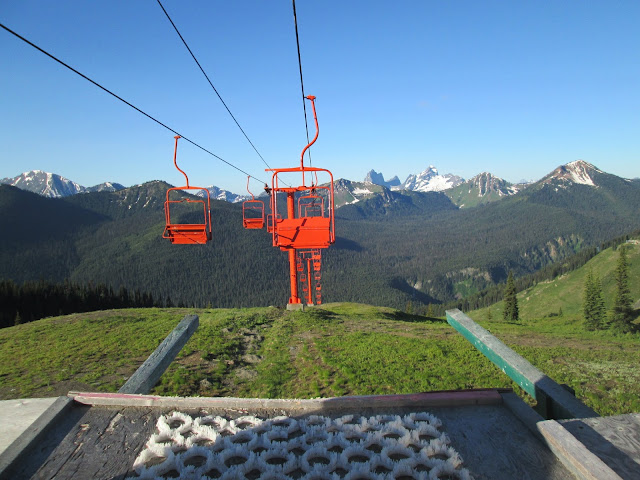 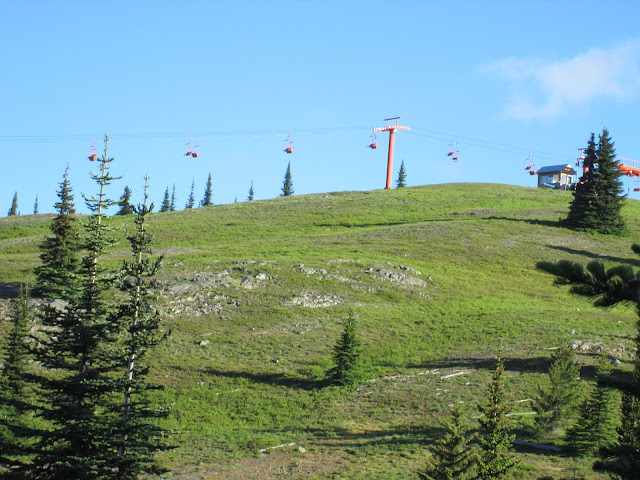 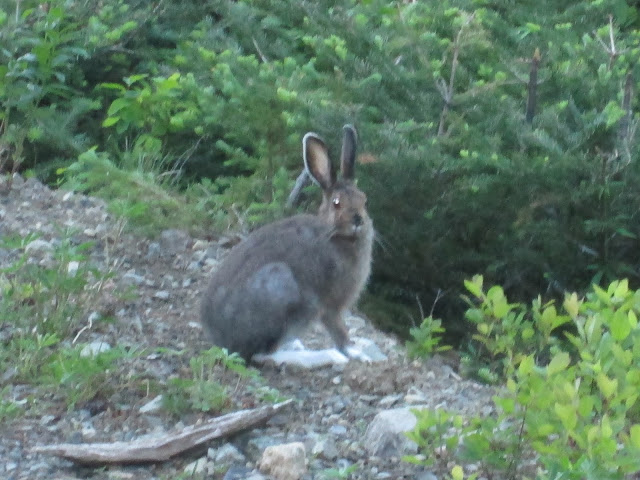 A few weeks later I went up to the Alpine Meadows to hike the Heather Trail.  I was intending to make it an over night trip, but my knee was feeling a little funny so I decided to make it a day trip.  I hiked in about 15 km, so by the end of the day I had done 30 km.  I was pretty excited to have done 30 twice this year. 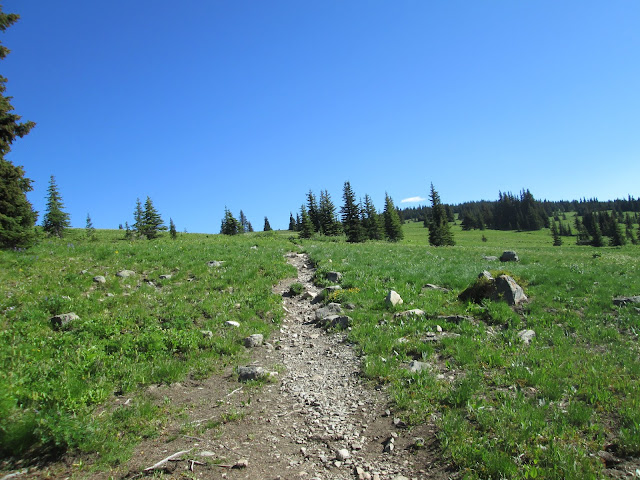 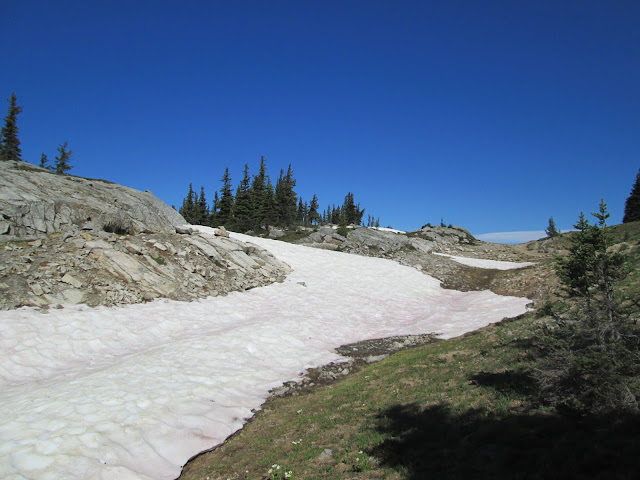 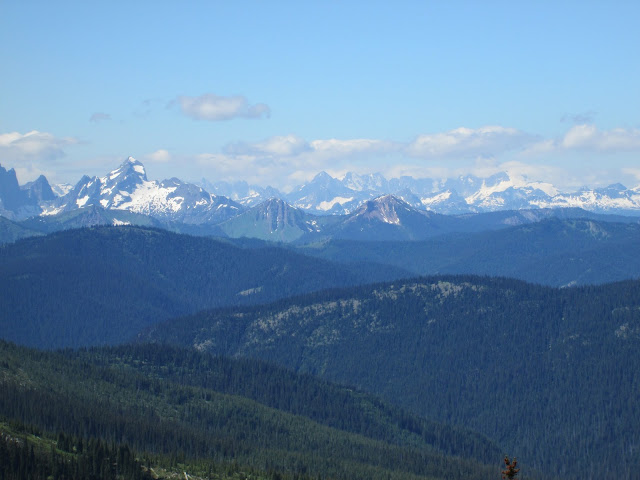 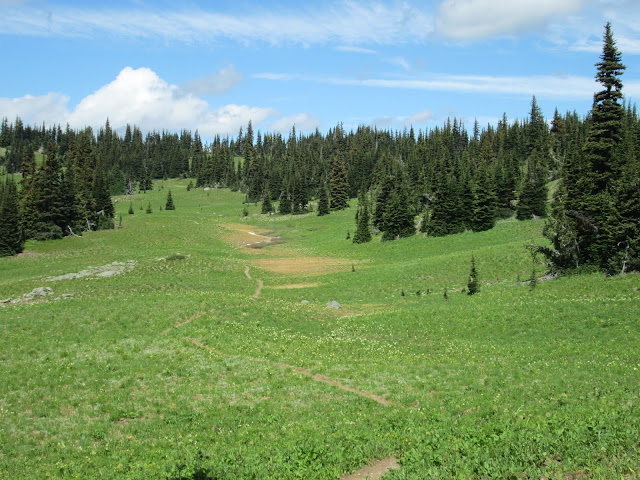 I got busy with a few things so I didn't get a chance to do another hike for about a month.  I went up Silverdaisy Mountain with my Dad, and since I haven't talked about that trail yet, I'll do a separate post for it.

I also did the Frosty Mountain hike with my Dad (that's the one hike I try to make sure I do every year).  I went up the lightning lake side like normal, but I decided to go down the Windy Joe side since I had never done that before.  The initial descent is a little more sketchy in places, but once the trail settles onto the ridge it's pretty easy.  Overall I'd say the Windy Joe side is a little less scenic.  It's worth doing if you are a Manning Park fanatic like me, but otherwise I don't think it's worth the extra distance.  Adding in the section I walked on the highway to get back to the Lightning Lake parking lot, it ended up being another 30 km day.  I was really happy do have done 3 in one year, since at one point I thought it was impossible.  I did the whole thing in 8.5 hours which might not sound too great, but I'm really not in very good shape. 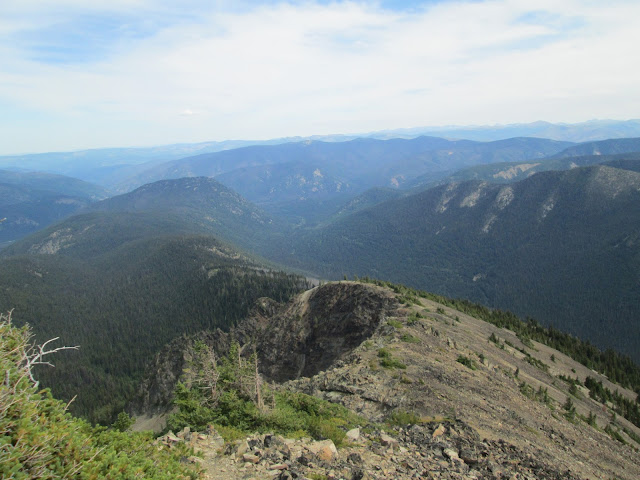 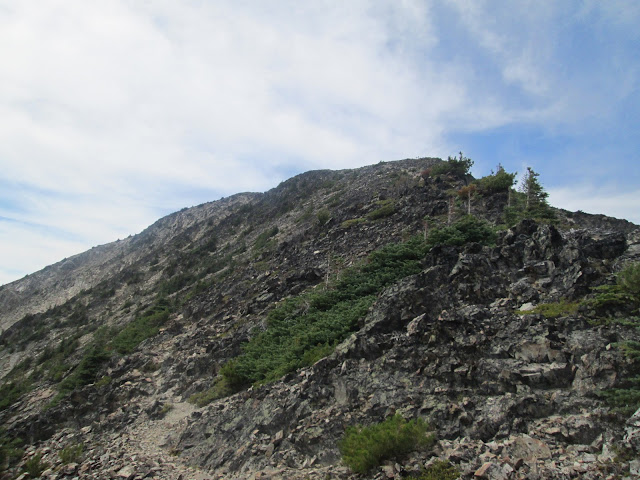 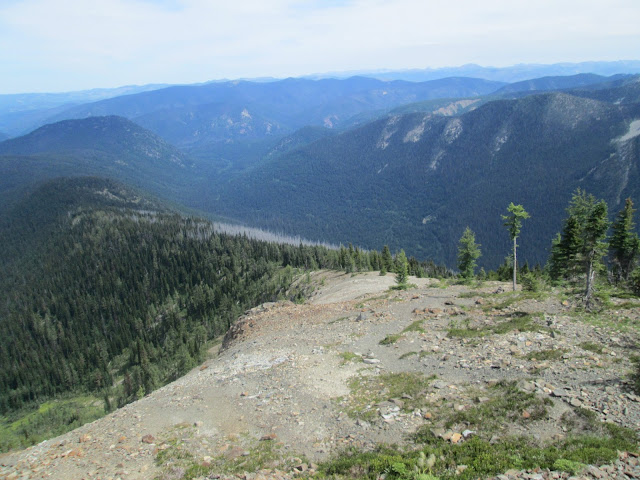 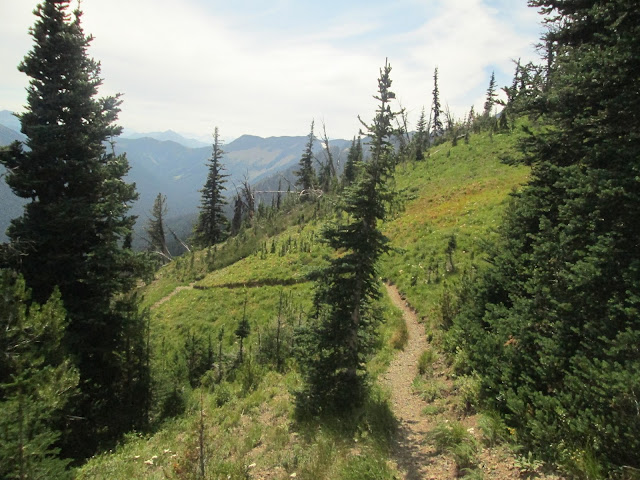 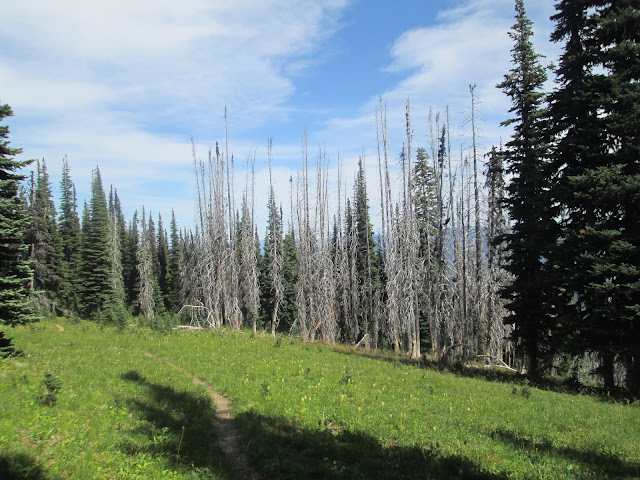 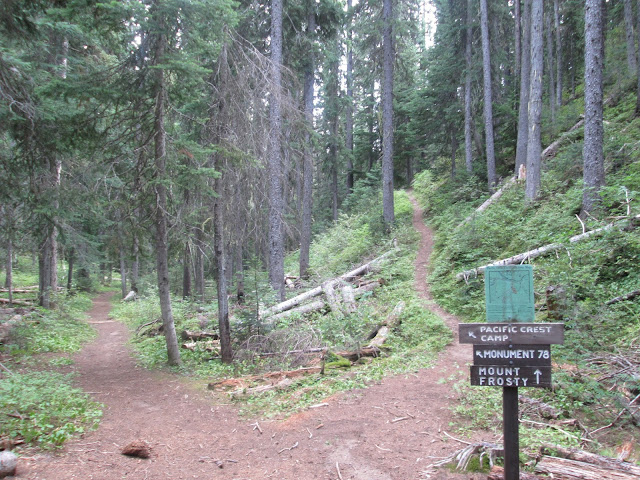 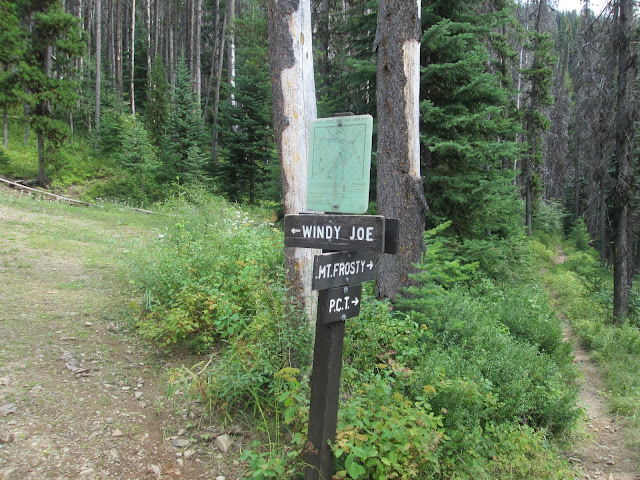 Well, that was my summer in a nutshell.  I'll probably be too busy with University to do any major hiking until winter or spring, so I won't be putting out any content for a while (not like that is abnormal for me), other than the KVR and Silverdaisy post of course.  I have some hiking plans for next spring and summer, so if everything pans out properly, I'll be putting out a lot of posts then.
Posted by Clueless Hiker at 17:26