Earlier this year I biked the section of the KVR (Kettle Valley Railway) that goes from Princeton to Brookmere.  I'm not 100% sure on the distance, but I think the distance between the two towns is 60 km.  I actually biked from Tulameen to Brookmere and then to Princeton, but it is easier to write about the trail linearly.  Including side trips it ended up working out to a little under 100 km, but I'll just call it 100 km so that I'll feel impressive (fun fact: I'm not).

As the trail leaves Princeton there is an impressive 324 m tunnel.  The tunnel is the constant target for interesting vandalism (the vandalism amounts to little more than colourful internet-style comments).  Past the tunnel is a trestle that is a hot spot for swimming in the summer.  As the trail continues on there are some very interesting rock formations.  I've heard people refer to the Princeton-Coalmont section of the KVR as one of the most scenic sections, and I certainly can't disagree.


The Red Ochre Bluffs are one of the most significant landmarks in Princeton.  They carry great significance to the local natives.  At one point in time, natives would travel from all sorts of places for the ochre, which was used in painting.

Later on up the trail is another tunnel.  There is a nice little gazebo in this area (I believe there was a train station here at one point).  It is continually being destroyed (probably for firewood), but I have to give credit to the Vermillion Trails Society for restoring it.  It's too bad that local punks have to cause such pointless damage.  I mean, when I was that age... wait no, I was pretty bad. 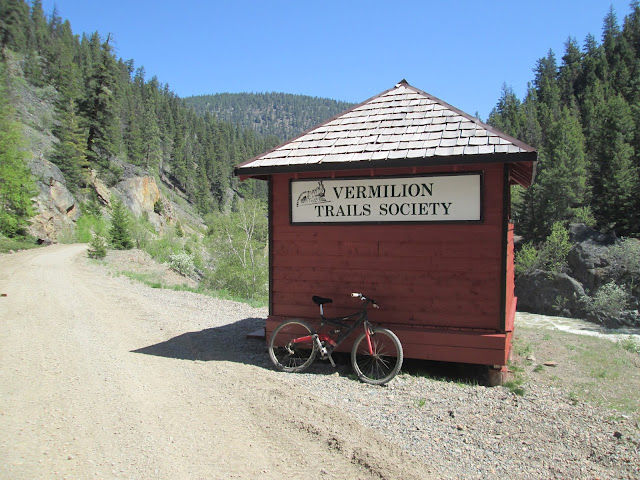 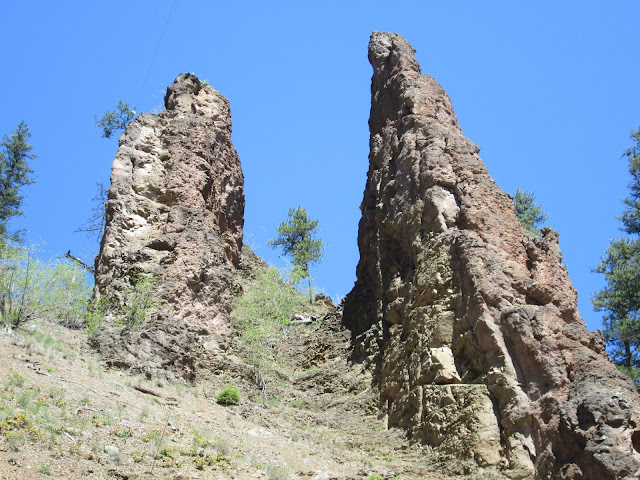 As the trail approaches Coalmont there is another trestle and a very nice natural beach.  From Princeton to here is what I would describe as the nicest section of the trail that I have ridden.  Further up the trail is still nice, but there is way more ATV traffic, and in the summer it can get pretty packed.
From Coalmont to Tulameen I typically ride on the road since pavement feels much nicer on the rear.  After Tulameen the trail goes along Otter Lake (another really nice section) and then goes through quite a bit of farmland.  The section through the farmland is really flat and straight for a very long time.  I didn't have too much trouble on the way to Brookmere, but on the way back I found that the wind in this section made it nearly un-rideable.  I wouldn't really want to be caught in this area in bad weather.  There would be next to no where to take shelter.
The trail eventually crosses the road (there are the remains of a trestle here) and the terrain changes quite a bit.  The trail enters a more forested area.  The wind isn't the same factor, but I believe the grade is a little higher.  When I was doing this I hadn't actually done a significant bike trip for a while, so I felt like I was going to pass out. 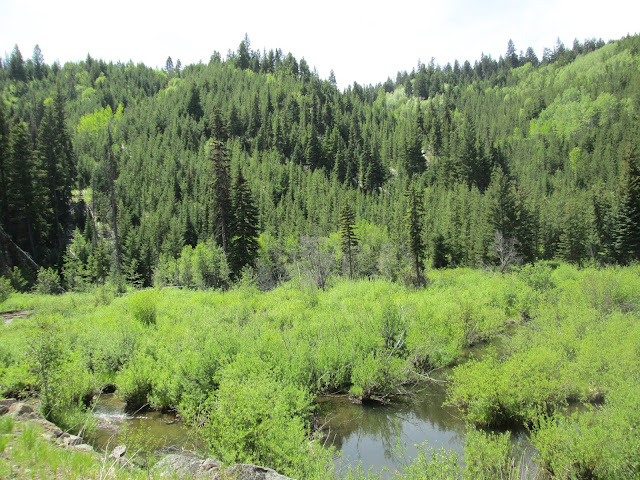 I can't think of too much to say about the last leg of the trip (maybe because I was so tired that I wasn't really paying attention).  Brookmere seemed like a nice little town.  The water tower wasn't anything too amazing, but in this case I think it was more about the journey than the destination.
On the way back was where the most interesting incident of the trip occurred.  In the section that goes through a lot of farmland, the farmers like to put gates across the trail.  I think the reason they give for this is so that their cattle don't get away, but as far as I know it is illegal to put up any kind of gate on the trail.  Most of the gates are pretty straight forward, but there are one or two barbed wire gates that basically require tools to open them (or my Dad since he is much stronger and more handsome than me).  At one point I got to a gate that seemed impossible to open.  It was here that I wondered if the farmers really just wanted to discourage cyclists and people on atvs from using this section of the trail, since the gate was bolted pretty damn tight.  After struggling with it for a while I decided to try to pass my bike over it.  This was a mistake since I have a very heavy bike, and I ended up dropping it on my arm.  This sucked, and for the next few days I'm sure people wondered if I was a cutter (I still have a scar on my arm from it).  I managed to get myself over the gate without any other incidents, but needless to say I was pretty ticked off that the gate was even there.  It is especially annoying because I'm pretty sure the farmers use the trail to drive their cattle to new pastures, so it isn't totally inconvenient to them.  Next time I do this trip I think I'm going to bring wire cutters.  Or I'll just make sure I don't get separated from my Dad.