When we woke up we were pleasantly surprised to find that the rain had stopped.  Everything was still be muddy and slippery from the rain on day 4, but at least we were able to dry out a little.  We got away earlier than we had on any other day (around 7:45) and began making good progress right away.  The trail was still incredibly difficult, but we got a bit of a boost knowing that we were almost finished.  In a sort of funny twist we saw that there was an excellent camping area just before the bridge for 150 yard creek, which would have required only about an extra quarter of a kilometer of hiking.

Also, I had decided to hike in the sweatpants my dad had loaned me since my hiking pants were pretty soaked.  However, since I had put them on at night, I had somehow put them on backwards and didn't notice it.  I didn't feel like taking the time to fix that, so I ended up hiking the last 9 km of the West Coast Trail in backwards sweatpants.  I don't think anyone else noticed, but I did feel really, really stupid.

At one point it seemed like we were getting rained on which was odd because the sky was completely clear.  I was beginning to wonder if the trail hated me when I realized that it was water on the trees falling down.  It was actually heavy enough for a few mintues that I put my pack cover on, but it didn't last for very long.

It didn't seem to take too long before we were at the junction where the trail to Thrasher Cove split off.  Getting here was one of the happiest moments of the trip for me because I knew the hardest part of the trail was over.  There is no way to describe how gruelling and rough the hike from Camper to Thrasher is.  It is easily the hardest bit of hiking I've ever done.  I was very happy that we were able to split this section into 2 days.  Next time I do the West Coast Trail I'll definitely plan on splitting it up like that again.

Also, for as much as I've whined about how hard that section of the trail was, apparently it is harder (though its also more scenic) to take the beach route around Owen Point.  After hearing a few accounts from hikers who travelled around the point, I looked at my glass as being half full since I knew it could have been a lot more difficult.  Then I got a little sad because I had thought about water which made me thirsty for a glass of water without the taste of iodine. 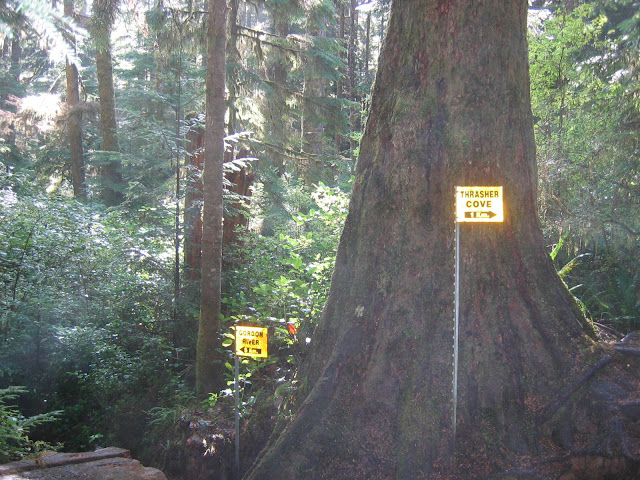 The last kilometers of the trail felt like the longest ones.  I had had good energy up to the junction, but after we started hiking again I felt like I had nothing left in the tank.  My pace slowed to a crawl, but I wasn't really worried about time at that point.  We knew we would finish the trail that day, so we took our time.

The last few kilometers of the trail had a lot of PUDs. It was kind of like a roller coaster, minus the joy of getting your delicate area squashed by safety restraints. There wasn't a lot to see, though we did encounter one last piece of shipwreck debris. 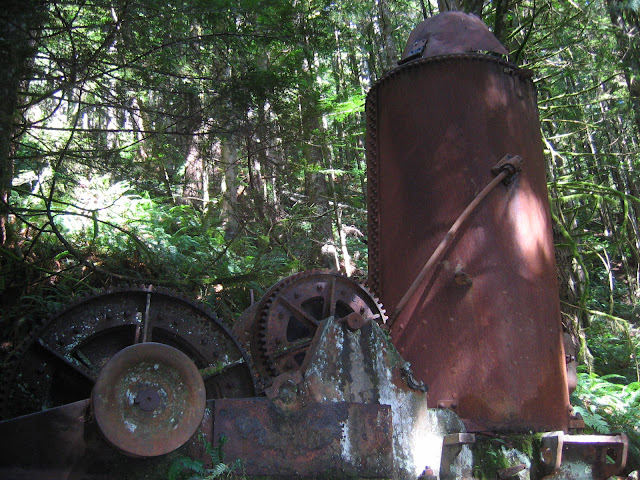 We eventually reached the end of the trail.  I was overwhelmed with feelings which was kind of weird because I thought the trail was supposed to make me a man (and as everyone knows men don't have feelings).  A part of me was very happy to be finished.  I would be able to sleep in a bed again, eat real food, not worry about getting wet and muddy, and let my muscles rest.  However, I was also a little sad that it was all over.  I knew I was going to miss life on the trail.  It was a great experience, and even though it was very hard, it was one of the most rewarding things I've ever done.

We took the ferry across Gordon River, and then took a shuttle into Port Renfrew.  We went to the Coastal Kitchen for dinner and it was just as great as all of the locals had said.  I would highly recommend it to anyone.

We had decided to stay in a hiker hut at Trailhead Resort.  We didn't have the energy to set up camp again, and we really wanted a chance to have some of our clothing and gear dry out.  The hut was very basic, but it was exactly what we wanted.  It was clean, the beds were nice, the heater kept us warm, it was close to the bus stop, and it was incredibly cost efficient.  The communal bathrooms were also quite nice.  They were very clean and private (there were two separate bathrooms, each with a shower). 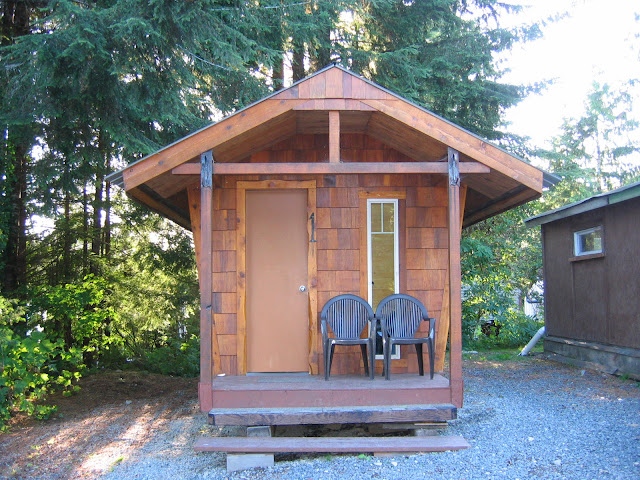 The next day we took the bus to Pachena Bay and then began the long drive home.  The West Coast Trail had been a very exhausting experience, but it had also been a great experience that I know I will never forget.  I'm still in awe over some of the spectacular scenary we saw.  Everything from the jagged rocks, to the picturesque beaches, to the old growth forests was very special.  However, despite the great scenary, I think the highlight of the hike for me was the neat people I got to meet and hike with.  Everyone I talked to was friendly, and the few people that I hiked with were very awesome.

The West Coast Trail is probably the hardest trail I've ever done.  However, I would highly recommend it to anyone who enjoys backpacking.  I think it is one of the best backpacking experiences in Canada.