We woke up just before sunrise, ready to pack up and try to make big mileage again (on the West Coast Trail 20 km feels like big mileage).  We were hoping to make it to the camp at Cribs Creek (just before 42 km), so we knew it would be a long day.  The benefit of doing two big days was that we would have a shorter third day, allowing us to rest up for the roughest part of the trail (though the part we had hiked felt pretty rough on its own).

We had a short 2 km beach hike to Kanawa River where we encountered our first cable car.  There are 5 cable cars on the West Coast Trail, though because of the time of year we hiked it, this was the only one we had to use.  At first it looked kind of fun, but it quickly became apparent how much work it would involve.  There was barely enough room for both of us and our backpacks, but somehow we made it work.  A group on the other side helped pull us across which made it a lot easier, though the trip was still very time consuming. 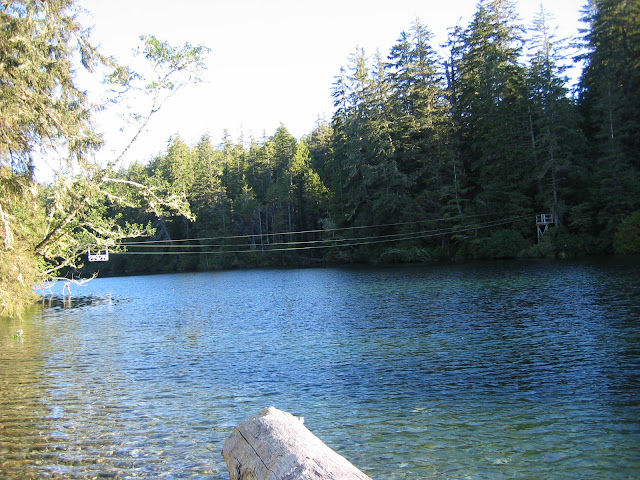 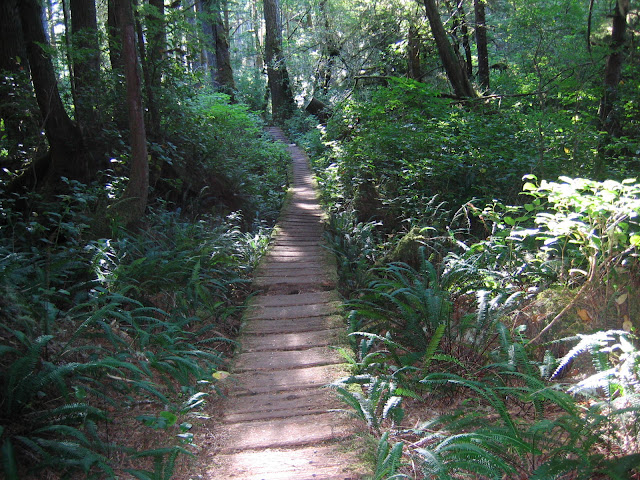 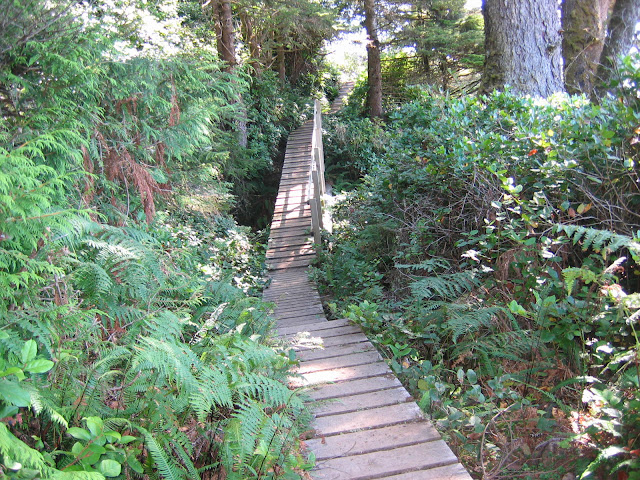 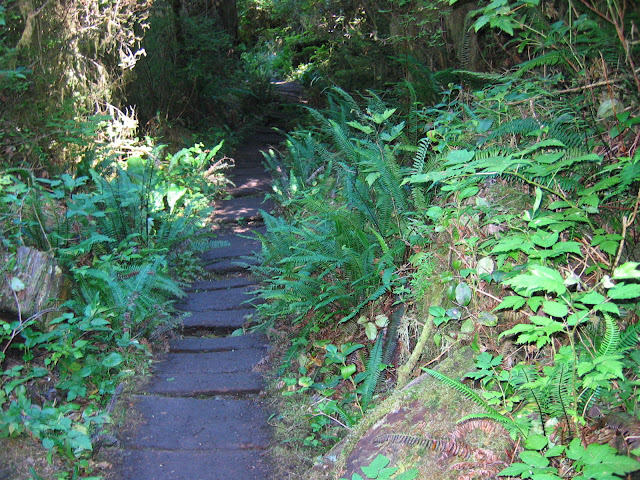 There were a lot of ups and downs with little payoff, though the trail did occasionally got high enough to offer some nice glimpses of the ocean. 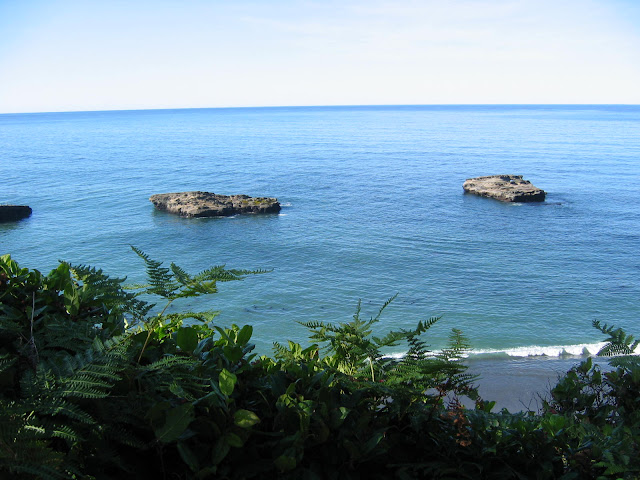 After a while we got to the ladders that went down to Tsusiat Falls.  There were only four ladders, but it was still a big set compared to what we had encountered so far.  Shortly after we got to the bottom, we saw a trail maintenance crew removing a ladder so they could replace it.  We considered ourselves very lucky, since if we were a few minutes later we would have probably missed out on seeing the falls. 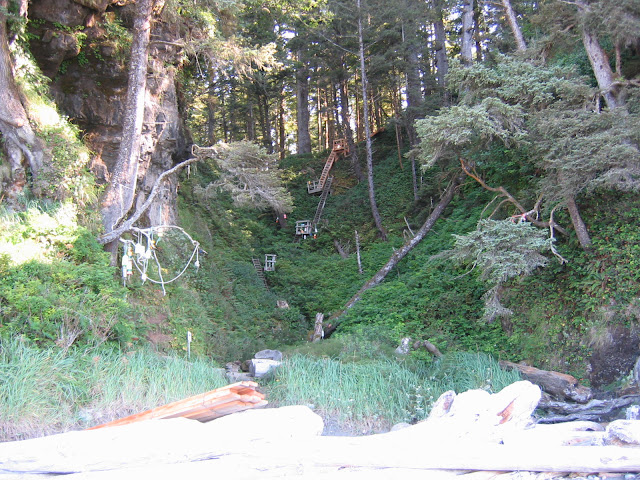 Since it was September, there wasn't a lot of water on the falls, but it was still a nice place to have a break.  We filled up all of our water bottles, since there would be no drinkable water for about 10 km. 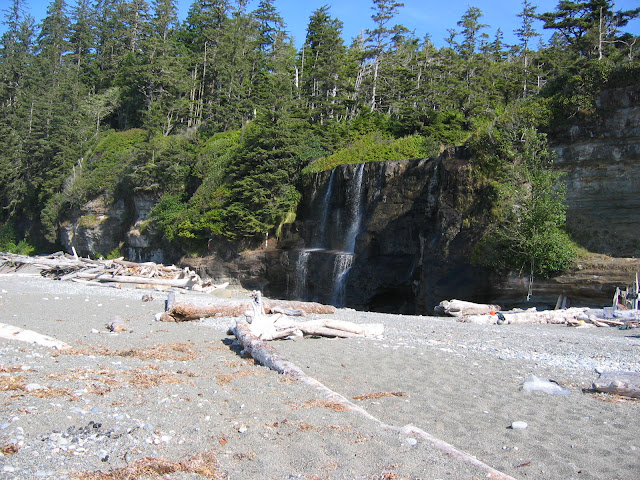 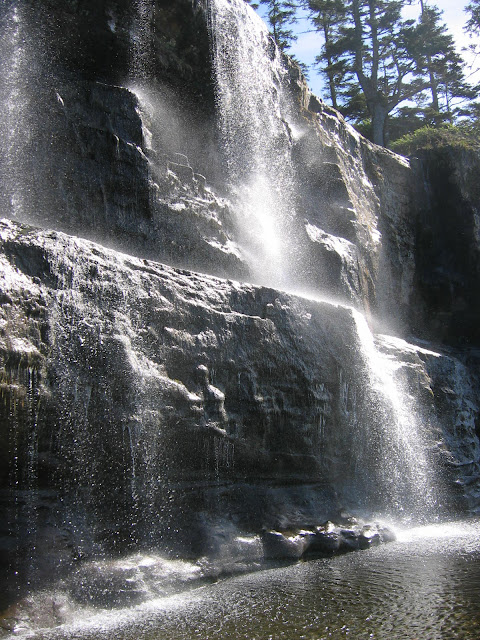 After the falls we planned to get back on the inland trail at the next beach access.  We had a short beach walk before we got to what appeared to be the beach access, as well as an arch.  We were able to walk through the arch and explore it.  It was incredibly windy, so it gave our clothing an opportunity to dry out. 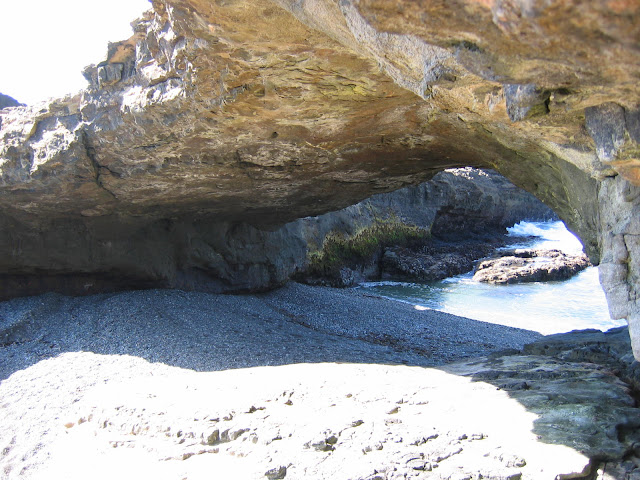 We left the arch and returned to the trail which had a fairly steep ascent followed by an equally steep descent before it brought us back to the beach.  We were a little confused since the map made it look like you could get back on the main trail, but apparently it was just a bypass trail.  We continued along the beach looking for the floats that indicate a beach access.  We eventually found one, though we had to climb over a lot of logs to get to it.  I have pretty terrible balance, so I'm very surprised I didn't fall.


The inland trail was still mostly boardwalk, though it was a welcome change after hiking in the sand.  The old growth forest hadn't lost its charm to me yet, though I still really enjoyed getting the odd glimpse of the ocean. 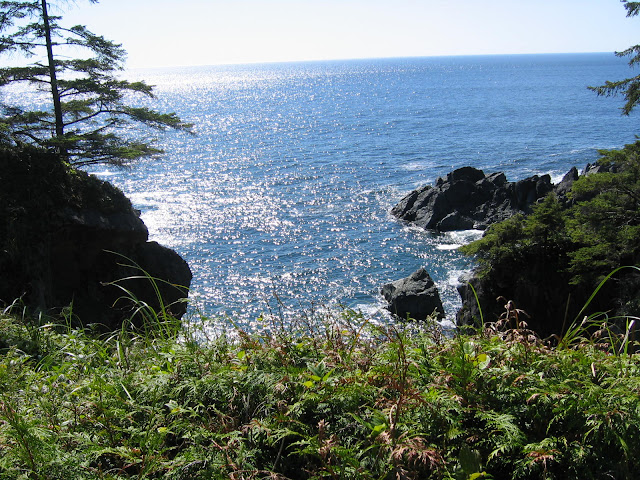 We eventually got to Nitinat Narrows where we would need to take a ferry.  We ended up waiting for a little bit, but it was a very welcome break.  We didn't have time to eat the crab or salmon they sell across the narrows which was definitely disappointing.  I did get a soda which, after two hard days of hiking, was easily one of the best sodas I've ever had.

From the ferry landing the trail seemed to be a little better maintained.  The boardwalks were drier and they weren't broken very often.  It almost felt like a freeway after some of the boardwalks we had encountered.  We made pretty good time on this section, getting to the Cheewhat River just before we ran out of water.  At orientation they mentioned you can fill up at a spring here, though the spring turned out to look a little iffy (it was almost more like a puddle).  I was a bit reluctant to drink the water, but I did, and I didn't get sick.

After crossing the Cheewhat Bridge we realized that we wouldn't be able to make it to Cribs Creek.  We decided to camp at one of the beach accesses, hoping it would be easier to find a campsite this time.  We got to the beach access at 38 km and it looked incredibly unpromising, so we moved on.  The next one didn't look good either, so again, we moved on.  We were getting worried since it was looking like we would have to go to Cribs Creek (which would mean hiking in the dark), but when we got to the access at the 40 km mark it was all sand.  This was a huge relief, allowing us to set up our tent just before it got dark.  After two very long days I slept soundly, looking forward to what I was hoping would be an easier day on day 3. 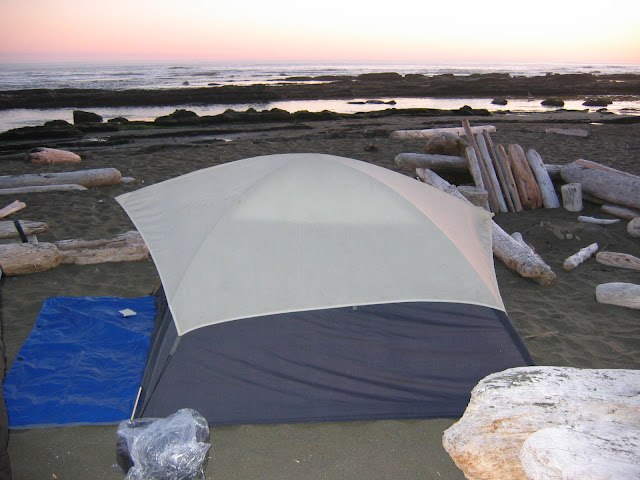