We managed to start the trail around 8:00 which would be our usually starting time each day.  It was a little cold that morning, but we knew that we would at least have good weather.  At orientation we were told that there would be no rain until the 16th, which had been a relief to hear given the trail's reputation for being agonizing in the rain.


We managed to bypass one of the larger sets of ladders on the trail by hiking on the beach.  As it was fairly rocky, this portion of hiking was pretty easy in comparison to some of the later beach sections.  We returned to the inland trail which had a lot of ups and downs, but wasn't very difficult overall.  There were lots of obstacles to climb over, but nothing that required any extraordinary effort.  However, as we progressed we encountered what would be the main theme for the day: mud. 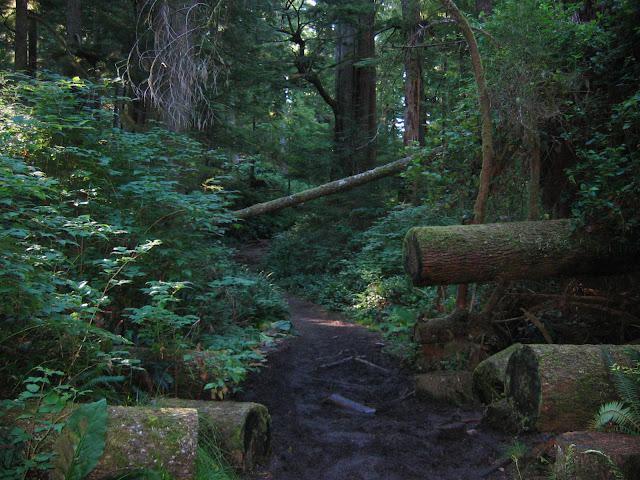 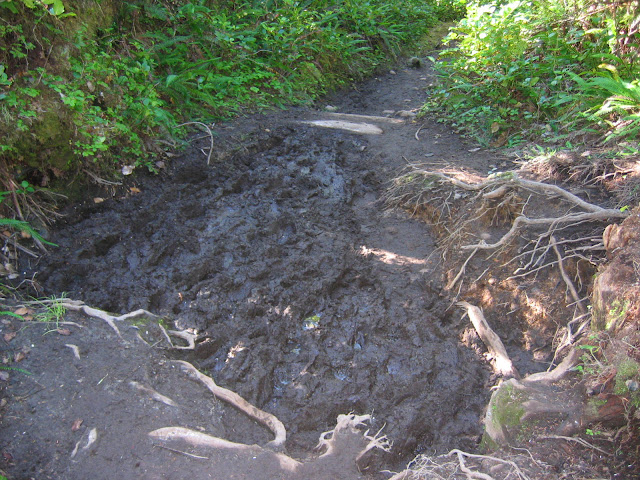 We heard from some northbound hikers that this section was currently the muddiest section on the trail.  Even with a dry July and August there was enough mud to make me sink in past my ankles a couple of times.  As the day progressed this became a bit of a challenge, with some of the longer muddy sections slowing us down to a snail's pace.  Occasionally the trail flattened out and got fairly dry.  If it wasn't for these sections we probably would have been hiking at 1 km/h all day. 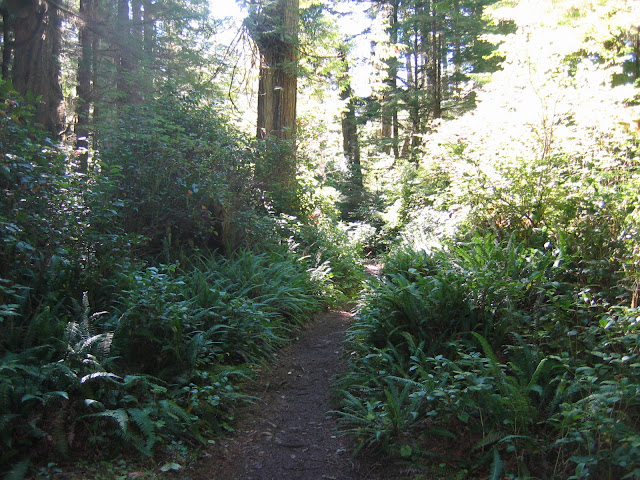 I found the old growth forest to be very fascinating.  At times the growth was so thick that it seemed like a jungle.  The area was so full of life, almost seeming to come from a fantasy world.  There were some interesting plants, and at one point we came to a place where many of the trees were distorted into bizarre shapes. 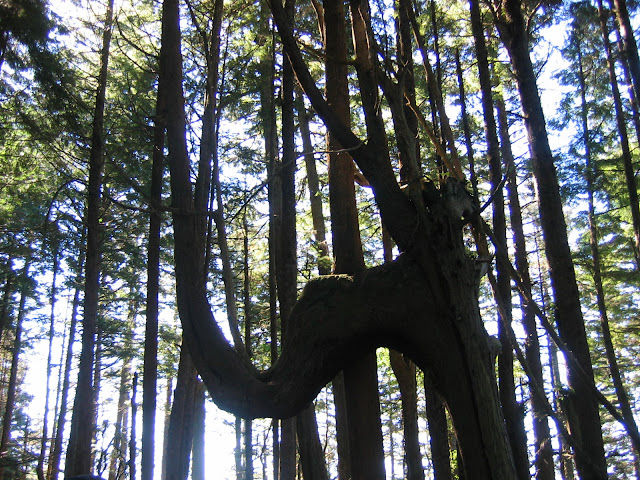 We continued through the forest and I soon learned a very important lesson about the mud.  At one of the many mud pits on the trail I thought the mud looked pretty shallow, so I assumed I didn't have to worry about walking on sticks and roots to get through it.  I took one step and sank in to my knee.  Luckily my boots stayed dry, but I felt like an idiot.  This is where I realized that I should check the depth of the mud with my hiking poles.  This technique definitely cut down on similar incidents, though I would be lying if I said it didn't happen again.

At around the 9 km mark we reached a side trail to a lookout of some sea lion rocks.  We saw a family of sea lions in the distance, but we didn't see any on the rocks.  Still, it was a very picturesque area. 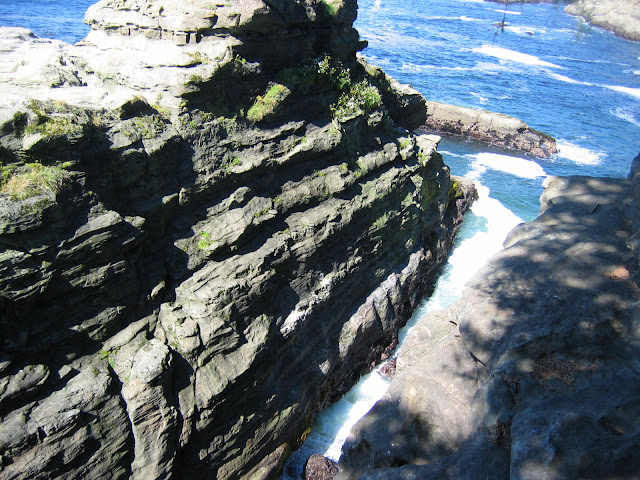 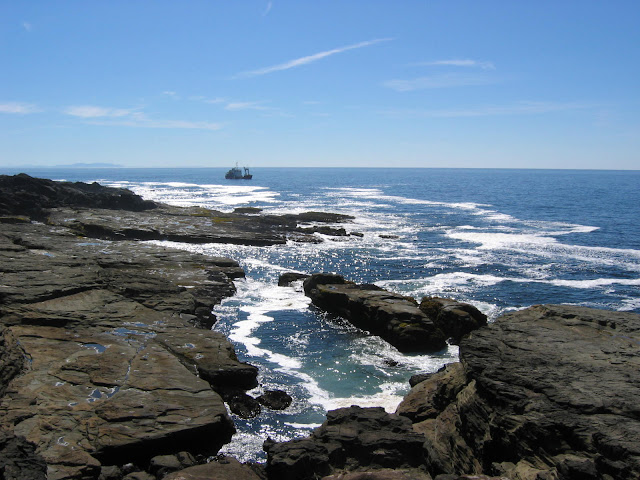 We returned to the trail, stopping again at the 10 km to see Pachena Lighthouse.  The lighthouse seemed to be in remarkably good shape, though the highlight for me was this sign: 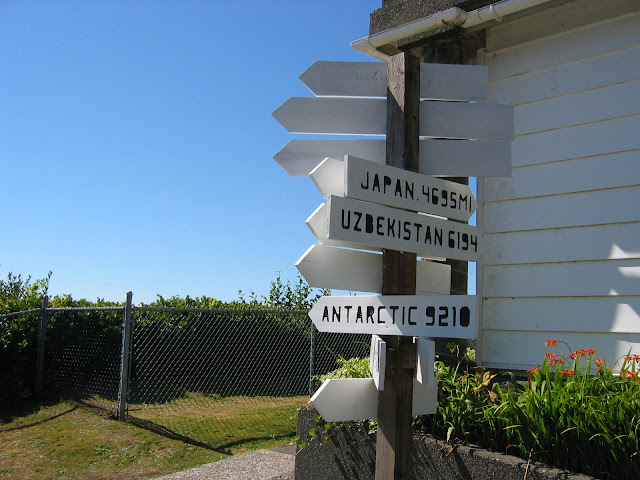 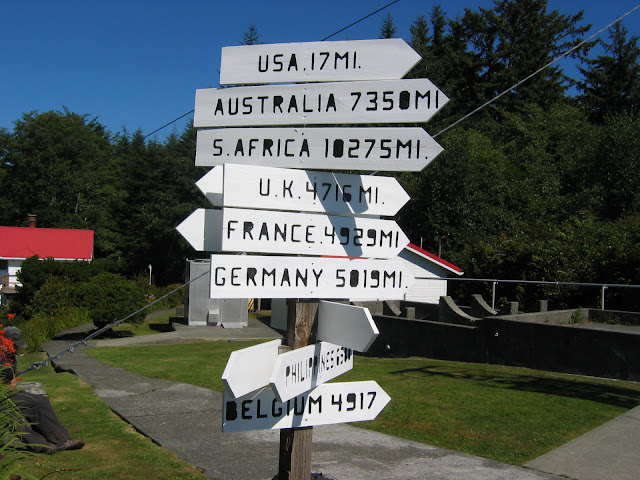 We stopped for lunch at Michigan Creek.  Twelve km into the trail this is the first or last campsite for many hikers.  This is where we appreciated getting an early start, since we knew we could make at least 20 km.

As we shifted to beach hiking, we realized how draining this kind of hiking was.  Every step made you sink into the sand, and the ground was almost always slanted.  The most tolerable ways of getting through it were hiking on the wet sand or on the kelp (though that could be very slippery).  This was very exhausting hiking, but it was very scenic.  It is also where we saw our first bit of shipwreck debris (this is the graveyard of the Pacific after all). 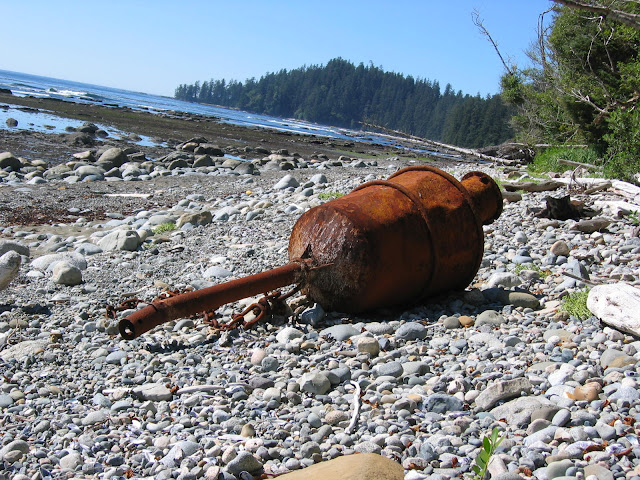 We returned to the inland trail where I really appreciated having solid bridges and ladders to hike on.  Even the mud was nice after hiking in the sand and gravel. 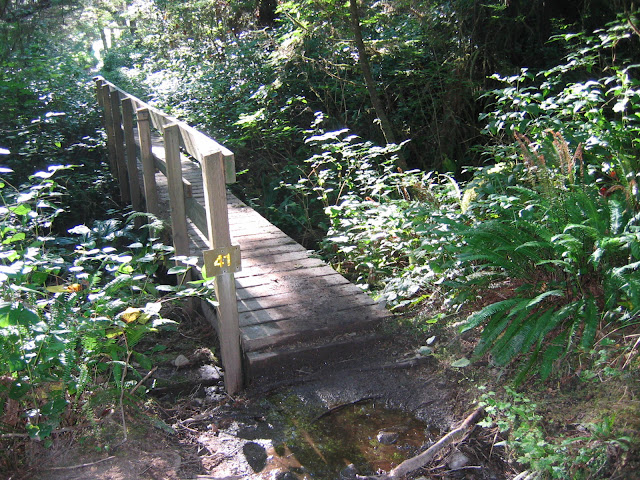 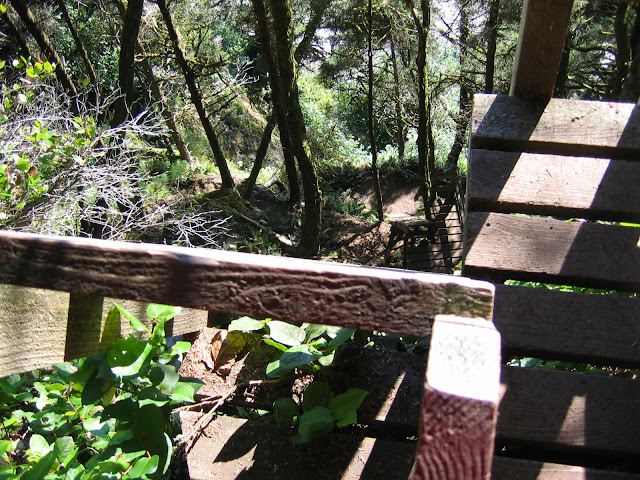 We saw a couple of other bits of shipwreck debris on the trail.  The donkey engine made a pretty nice (dry) seat. 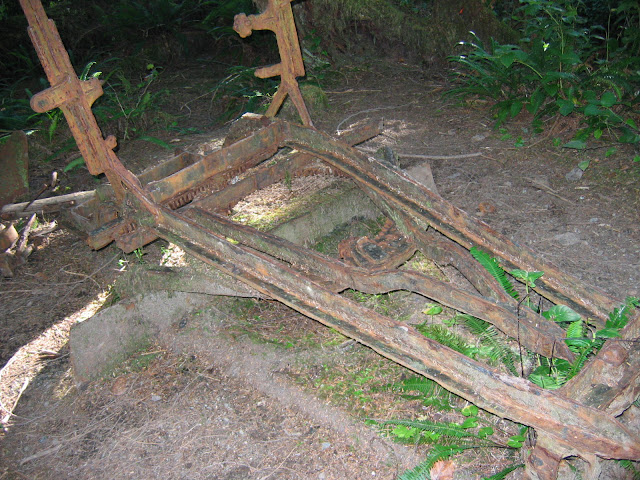 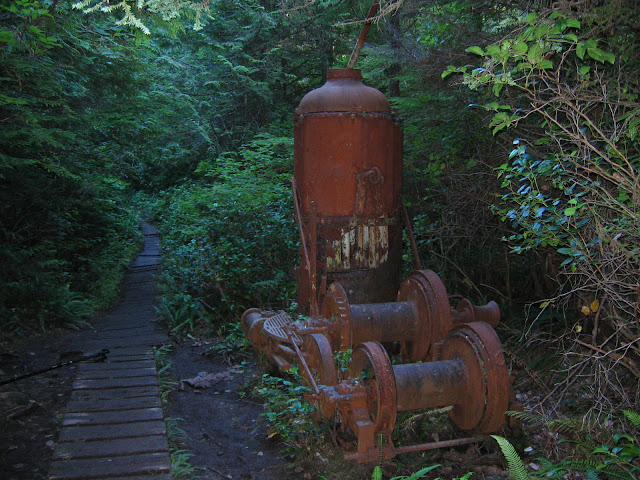 We got to the beach access at the 20 km mark hoping to camp there.  We knew from our tide tables that we wouldn't be able to make it any further, but 20 km was still pretty good.  However, we were very disappointed when we got to the beach and saw that it was very rocky.  It seemed like our choices were camping on uneven gravel (with lots of large rocks in the mix), or camping on the rock shelves which were covered with ants.  We decided to go down the beach a little ways, and we got very lucky, finding a nice, flat, sandy camping area.  We set up our tent and watched the stunning sunset before going to bed.  We had done over a quarter of the trail, and were very optimistic that we could make big mileage again on the second day. 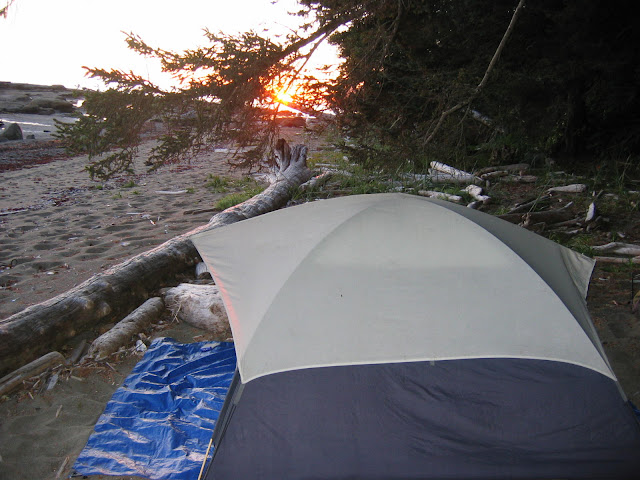