Once again we got up bright and early and were on the lake before anyone else.  After a short paddle we reached the end of Isaac Lake facing a 2.8 km portage.  We could have cut the portage a little shorter by going down "the chute" (the first bit of Isaac River), but we didn't know how difficult that would be, so we decided to pass on it.  At the orientation they sort of overhype how dangerous this area is.  Based on what I saw while we were portaging, I would have no problem going down this area next time I'm on the circuit (though I'm sure it is scarier when the water is higher).

Despite being the longest portage on the circuit, I did not find the Isaac River portage to be very taxing.  It was split up by a section where we had to canoe down part of the river, and didn't feature very difficult terrain compared to the earlier portages.

I was actually a little concerned when the first half of the portage was over, because I had never canoed in a river before.  I had images in my head of the canoe tipping over, and definitely had a bit of a death grip on my paddle as we pushed off.  However, I very quickly realized how fun this section was, and saw that it wasn't nearly as dangerous as I had thought.

After the brief trip in the river, we resumed the portage.  We stopped part way down to take a side trip to the Isaac River Falls.  At 11 meters it wasn't even half as high as the Cariboo Falls, but it was still pretty nice.  It was extremely loud, making conversation impossible, and incredibly powerful, producing a very strong spray.
﻿ 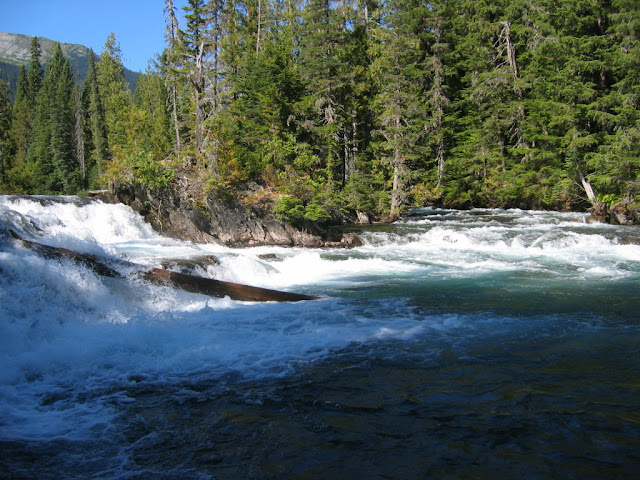 At the end of the portage we briefly entered the river again before it emptied into McLeary Lake.  McLeary Lake is one of the smaller lakes on the circuit, but it still offers some great scenary.  It is the first place where you get to see the mountains that dominate the south side of the circuit, which in my opinion, is the most scenic area in Bowron Lakes.


Since the orientation, I had been dreading the portion of the circuit in the Cariboo River.  They really make it sound like if you so much as blink you could end up smashing into a rock and breaking your canoe.  As McCleary Lake turned into the river I ended up with a death grip on my paddle again.  However, just like before, I ended up really enjoying this part.  It is the part of the circuit that I thought felt the most like true wilderness.  There weren't really any signs or markers on the river, so it kind of felt like we were navigating it ourselves (even though we knew all we had to do was stay on the main channel).  There were very few signs of people compared to the rest of the circuit, and for a few moments I kind of felt like a pioneer exploring the river for the first time.

The river eventually emptied into Lanezi Lake, which I think is the most scenic lake on the circuit (the mountains surrounding the lake are pretty remarkable).  Having enjoyed our experience at a campsite with a cook shelter, we were planning on stopping at camp 34.  However, when we got there we saw that it was closed due to construction.  Since it was the only non-group campsite on the lake that could accomodate more than 2 tents, this meant that every other campsite on the lake was full.  In addition, Lanezi Lake is probably the rockiest lake on the circuit, with almost no beaches.  As we got towards the end of the lake, we were really desperate to find a place to camp.  We were physically exhausted and we didn't have much daylight left.  The thought of going as far as Sandy Lake was almost unbearable, but it was starting to look like we would have to do that.  We were extremely relieved when we eventually found a little beach just before the lake ended.  We quickly set our tent up and ate dinner while it was still light out.  It had been a very scenic day, but it had been a lot longer than I would have liked.  The unexpected stretch of canoeing had made my arms feel like they were going to fall out of their sockets, and I actually felt a little dehydrated.  Needless to say, I had my best sleep of the trip that night.
﻿ 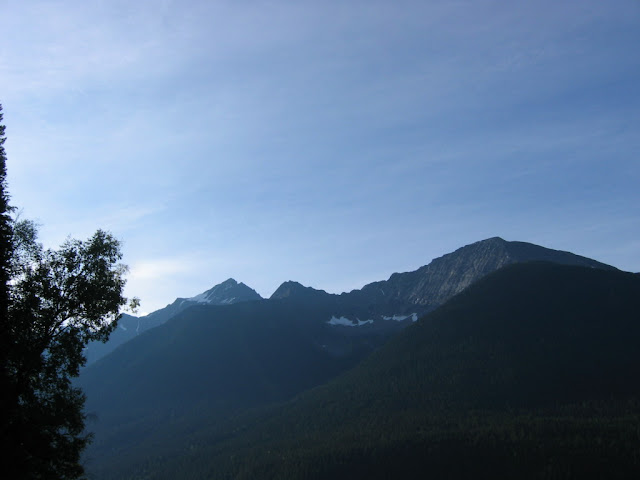